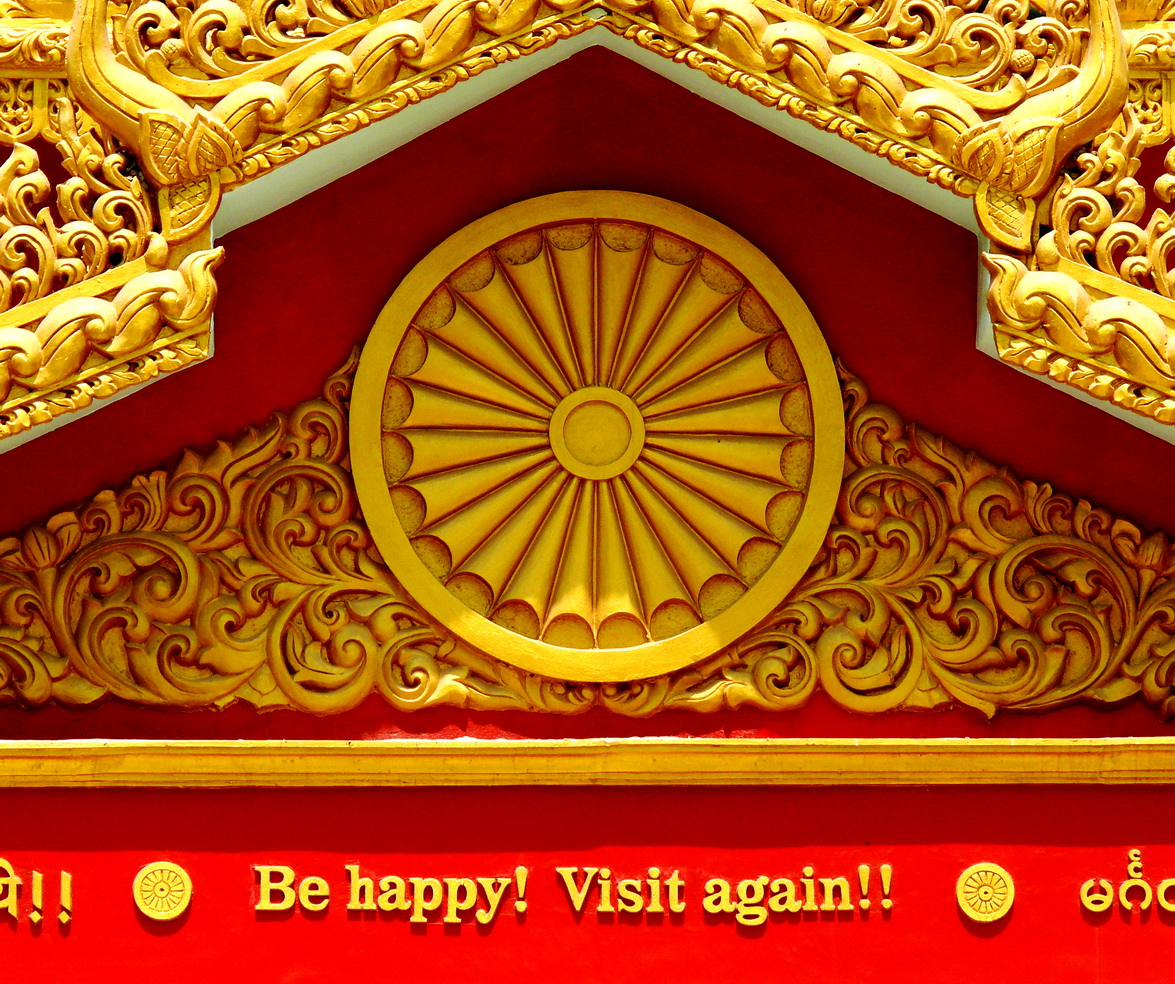 On the eve of the first anniversary of S. N. Goenka’s death, I wanted to say a few words in honour of “Goenkaji,” the Burmese-Indian meditation teacher who helped so many people with the Vipassana centers he set up all over the world.

I came to my first Goenka 10-day retreat as a novice meditator, to say the least. I don’t think I’d ever attempted to sit down and meditate before, but suddenly I had an insatiable need for it. As is wont to happen, when the intention is there, a path presents itself. Mine came in the form of a new neighbour on a riverboat guesthouse in Kanchanaburi, Thailand.

We started chatting one evening on the River Kwai, despite my inclination at the time to keep to myself. When she heard that I was looking for a non-denominational retreat where I would more or less be forced to remain in silence, and receive meditation instruction (“nothing new-agey and no bells and whistles, please!”), her face lit up. She’d just completed a Vipassana course and while “difficult”, it sounded like just the thing I was looking for.

Something clicked. I went online, I applied for a course, I was accepted.

To “prepare” for the retreat, I was curious to see if I could even physically sit cross-legged for an hour. I was now in Laos, in a tiny little village, where I stumbled upon an abandoned temple compound. There wasn’t even the hint of anyone around. Perfect.

I sat down on a wooden platform, leaned my back against a pole, and put my watch on the ground, vowing not to look at it until I was sure an hour had passed.

I don’t remember exactly how badly I failed – I certainly had my eye on the watch more than a few times – but I was also fascinated by the realization that I had never encouraged myself to test the limits of my body, let alone mind, in this way. I also had fun staring at a very green field under the shimmering sun, not letting myself close my eyes, and watching as the view in front of me first flattened, and then took on hyper-real, theatrical dimensions.

Meditation is fun! I thought. But one distraction-filled hour already felt like an eternity. 10 days?

A few weeks later, bags packed full of baggy fisherman’s pants and t-shirts, I arrived at the meditation center (back in Thailand now, near the Burmese border). There were two of us “foreigners” present, and we were both placed at the very back of the meditation hall, where we would cause the least disturbance to the more experienced meditators, I presumed.

Everyone who has ever meditated or attended a retreat is going to have a different experience—this goes without saying. For my part, I was woefully unprepared but also sublimely ready to begin what I instinctively knew was going to be a lifelong journey, even as I struggled with the many demons erupting in me at any given time: self-doubt, fear, rage, irritation, pain, boredom … you name it.

Ten days can feel like an eternity, and sometimes eternity is a lovely prospect and sometimes it’s the least desirable thing imaginable. Most days I convinced myself, sometimes while counting the creases in the ceiling tiles in my little room to pass the time, that while I would keep trying (giving up is not so much in my lexicon), I was certainly never going to do this again (wrong), that this wasn’t for me (wrong).

As soon as I started chatting with others once the retreat was over, I was already thinking about when I could do it again. Such is the life of the chaotic, ever-changing mind!

Three things really stood out for me during this first retreat that I can still acutely remember feeling and experiencing all these years later.

How conditioned the mind is.

As Goenkaji’s voice, via recording, spoke to us and gave us instruction several times a day, I had the distinct feeling that while what he said probably applied to everyone else in the room, and would work for them, he surely didn’t really mean me. I didn’t belong. I wasn’t ready for the hard work of meditation. I wasn’t worthy of the techniques being presented. I certainly wasn’t a good enough person to enjoy the benefits of succeeding. It sounds silly, but I was one hundred per cent sure this was true, and I would never fit in.

I hate to admit it, but I even became resentful at Goenkaji for giving instruction that “didn’t make sense” and for making me feel like such a huge failure.

I examined this feeling a lot over the 10 days, and since my logical mind told me that Goenkaji was (over a recording) clearly benevolent, and addressing everyone in the room equally, without any possible indication of bias or preference, I had to look within for where these feelings were coming from.

It wasn’t long before a whole stream of emotions and memories flooded me, a barrage of self-doubt, guilt, alienation and other negative thoughts-feelings-memories that I was able to determine came from a wellspring inside of me that really needed my attention.

How instructive our world of dreams is.

I’ve long been fascinated with how we remember our dreams and what kinds of dreams we have/are capable of having. I used to struggle to remember my dreams most nights, sure I wasn’t having them (scientifically impossible).

I was struck by how clearly I was able to remember one or more dreams a night (despite the relatively few hours of sleep I was getting), and how well I could remember them, not only that day, but by the end of the 10 days, when I was allowed to write in my journal again. Granted, I may have been using my mind a little too much in efforts to remember them, but the fact that I was able to is still fascinates me.

Not only that, but the content of my dreams changed quite dramatically over the 10 days, moving from anxiety-ridden, ruptured dreams, to ones filled with more continuity and positive messages.

How vast, how turbulent, how beautiful the space of silence can be.

Despite how much I struggled, how convinced I was that the body is just not designed to sit still for so long, and despite the ravages of my mind filling me with every reason to flee from the center … even in this state, I clearly remember being astonished at those moments when the mind did, for a brief time, become clear of thoughts, when my body would suddenly feel so light and free of discomfort.

The lessons were clear, and are as simple and profound as they are challenging and difficult to remember on a continuing basis.

Everything is change. We can train our minds to accept what is. We can cultivate love, and share love, and find a happier way of being in the world.

We can breathe, and when all else fails, we can keep breathing, and can begin again, every time.

Be diligent, he taught. Work hard, be persistent, remain determined. Above all, be happy. These words still echo within me.

Thank you, Goenkaji, for starting me on such a meaningful journey.