Saying Goodbye to the Cowboy Poets. 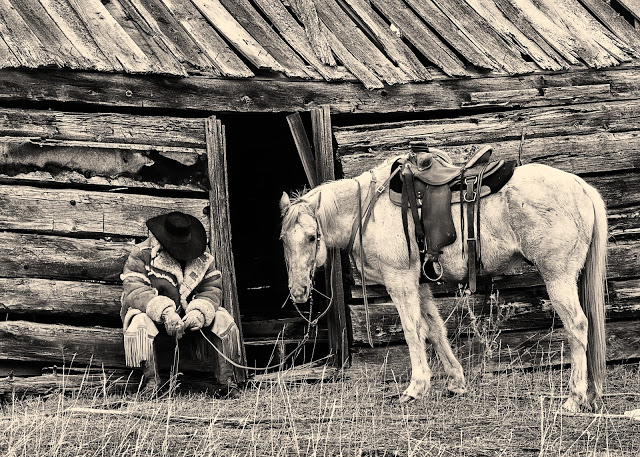 This years’ 27th Cowboy Poetry Gathering will be my last.

For over 25 years I have been attending these gatherings, and each year, anticipated their arrival.

I’m one of the geeks that would arrange and rearrange plans in the summer around the gatherings, so not to miss.

I’m not a cowboy, a christian, a ranch wife or a Texan and funnily enough I don’t even eat beef. I grew up in Philly and came to AZ 27 years ago to go to Prescott College. I eat lentils and curry and have been a vegetarian since I was 16.

I teach yoga, I graduated college with an art degree and yes, I hug trees.

I am also a professional and an active member of my community. Years back, when I first got to AZ, my roommate came home, and told me I had to go down to Sharlot Hall and check out the Cowboy Poets.

My first thought was ‘why would I do that?’ But since my roommate was an incredible writer and storyteller, I trusted him and I went. And I went back every year after, and loved it.

I loved the stories of long lonely rides and the connection that was felt to the land and the horses.

I was moved by the sadness of an 80-year-old cowboy who had just lost his best friend, and rode out one last time with his ash to offer up to the wind.  I loved the grit of the Ranch Wives who weathered all the hardships and struggles right alongside their men and I loved the laughter, the integrity, the authenticity of a dying breed.

Even though you might pass me off as some granola eating hippie, at the core, I believed we had something in common…a deep love of the land and all its critters, a strong work ethic and a passion for living a lifestyle that is not supported by the rat race, fast paced world.

I’m not a rancher or cowboy, but I have chosen to live mostly off grid and down long dirt roads because I value the beauty and silence of nature and my family, far more than any technological gadget or speed or achievement.

I live this way so I can walk up the hill every evening and watch the sun drop over the empty field. I sit on my porch in the early mornings and drink tea and watch the quail and the cattle come in.

I live daily, as simply as I can, saddened by the onslaught of greed and insanity that permeates our modern world.

I long for simpler times. And in the summer droughts, I too pray for rain. The differences, I always thought, were superficial.

I was excited as one of my favorite past performers took the stage and began to sing and tell his stories. I was excited and smiling and laughing until he began his commentary on the Washington Redskins and how the team was finally caving under the pressure and agreed to change their name.

I cheered. And i was the only one who cheered….amidst a wave of loud groaning and booing. He went on to make some derogatory remarks about the native people and then made the joke that they would be dropping the name Washington, but keeping the Redskins.

The whole place erupted with applause and laughter. And my husband and I sat there completely shocked. I felt a wave of grief come over me…not only because the performer made blatant racist remarks but because I was in a performance hall packed with people who applauded his racism. Whether they were conscious of it or not, they were cheering a history of genocide. And if your paying attention, you know the wars of the wild west have not ended.

Anyone who has lived or been on the reservations and witnessed the poverty, abuse, addiction and devastation can tell you that. And if that is not horrific enough…to then feel pride in defeating an entire nation of people through lies and bloodshed and outright massacre?

If the owners, players and fans of the Washington Redskins stand by their name and continue to claim it is harmless, then wouldn’t it be acceptable to even the playing field and call all teams some derogatory racist slang? How about the Chicago Niggers? San Francisco Towel Heads? San Diego Wetbacks? Atlanta Coon Asses? New York Chinks? Why not include words like trollop and skank and sabon (for the holocaust victims that were made into soap)? Its all in good jest right?

No harm, no foul. My heart sank when the words came out of that performers mouth last night, but mostly, the kick in the gut came when everyone cheered.

I realized in that moment, that my love affair and support of the cowboy poets was over, just as I realized much of my faith in humanity is gone.

This was a community of cowboys and ranchers and predominately Christians, who I thought, despite superficial differences, were at the core, the same as me….people who believed in goodness and kindness, family, and the grit of hard honest work. And, I will continue to love those tried and true cowboys and ranchers that I do know, that do hold to this core.

But it seems last night, I was surrounded by a whole mass of people who lost that one essential piece Christ once tried to teach about: love and kindness.

And, I realize now I have but one thing in common with the Christian faith. I don’t believe in evolution either. Simply because I see no evidence of it, when I look at how barbaric and hateful some people really still are. 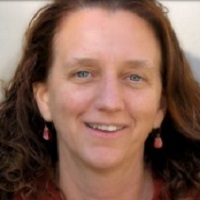 Kelly Grey grew up on the east coast and wandered out west early on to find her home in the desert. She has been teaching, practicing and studying yoga since she was 15 years … Read full bio