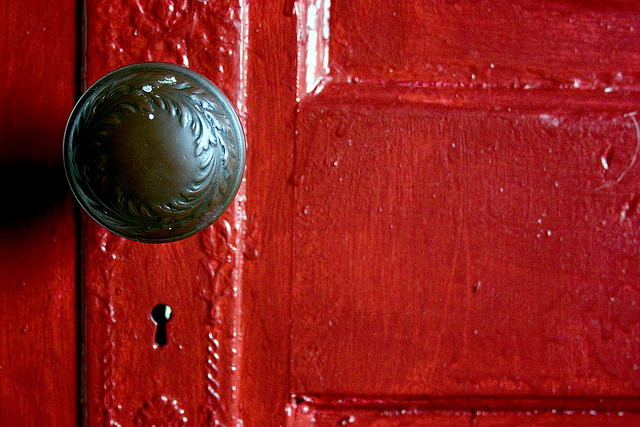 Coming out of the closet, whatever closet you have, can transform your whole life.

Having come out twice, I can say this from personal experience.

When I was growing up, I heard the same stories repeated, over and over, about my psychic great-grandmother, Oma Alwin, and her uncanny predictions.

She was a German inside Berlin during the Second World War, and one quarter Jewish. It was a time when every German lived in fear—fear of the white phosphorous bombs, fear of the communist party whose spies were everywhere, and fear for their loved ones at war.

Citizens from all over Europe travelled to Oma to ask her the questions that tore at their hearts. Is my son alive? Will my husband come home? And Oma would reply with extraordinary accuracy.

I now believe my Oma’s particular talent was remote viewing, a skill which has since been utilized in intelligence agencies all over the world, and is beginning to garner some acknowledgement from mainstream culture.
Oma is the reason I was observed very closely for signs of her talent, but in the 1980s, “psychic” had a very narrow definition. As a kid, I talked to animals. Animal Communication wasn’t even on my family’s radar, so all of my stories about the neighbour’s dog or the backyard birds were viewed as the product of an active imagination.

The irony of being an unrecognizable kind of psychic in my family is like being the kid with a big gay uncle and yet no one recognizes the effeminate, gender-bending five-year-old as another incarnation of the same genetic play-dough.

I kept it to myself, along with another secret—I didn’t really want to date anyone.

Well, I didn’t want to date any of the guys. I didn’t even know what I wanted to do with the girls, I just missed the emotional intimacy of having a “best friend.” All my best friends had started dating boys; they were breaking my heart and didn’t even realize it.

I did acquire a boyfriend in high school—he conveniently went away to college and we maintained a “long distance relationship” for most of my high school years. This resulted in me spending a lot of time alone with my books, my dog and the Northern Ontario wilderness.

I really credit my standard schnauzer, Heidi, as my first teacher. While the books taught me the basics, it was my dog who helped me to quietly experience confidence-building confirmation in the privacy and solitude of the bush.

She’d pause, drop her nose to sniff, and a picture of a deer would pop into my head. I followed Heidi off the trail, and she led me to deer tracks, fresh in the mud. I learned to quiet my mind and pay attention to the “stray thoughts” that popped into my head. It was like learning a new verbal language—you start with the nouns in your environment. As a baby I learned cup, spoon, ball and as a teenager I learned mental cues for deer, raccoon, bear.

These lessons in the bush were a much-needed respite from the social turmoil of high school.

I was 19-years-old when a male friend of mine suggested—delicately— “maybe you should date girls.” My reaction was a full blown panic, and I shut down the conversation immediately. So many gay people talk about “knowing” when they were very young—I never considered myself to be closeted because I didn’t acknowledge I was gay in the first place. I mean, I was already having secret conversations with animals, how weird can one girl get?

Of course, while I was fooling myself, none of my friends were surprised when I finally came out to myself, and the world at large, in 2004. To quote a female friend, “I noticed you checking me out.”

Excuse me while I die of embarrassment.

Coming out as gay was a time full of adrenaline, anxiety and joy. To my surprise, the response I heard most frequently from family and friends was, “I wish you’d told us sooner.”

Of course, I learned nothing from this first coming out, and decided that being psychic was completely different. Ten years later, I found my coming out process repeating itself with hilarious and ironic parallels.

I intentionally hid my budding practice from my family and friends, my business growing only through referrals, by word of mouth and through my once anonymous blog. As my practice expanded, my work began to out me as psychic to my small community of Tofino, British Columbia. Neighbours would “discover” my super-secret alter-ego. Family and old friends would message me on Facebook. Co-workers would take me aside for a discrete discussion that they “believed” in what I did.

I sometimes wonder if I planned to incarnate as a gay psychic, so that I could practice being weird, or if being gay and psychic is related at all. I’m surprised at how many other gay psychics there are in the world, and at how many gay psychics are closeted about being gay!

I was being ridiculously timid, but the threats out there are not imaginary. It isn’t safe for queer people to be out everywhere, particularly queer teens in conservative families. Nor is it safe for a psychic to be out in a religiously conservative community.

You might need to do some groundwork to ensure your own safety before you can come out.

You have to plan for that worst-case scenario.

If you don’t give yourself a heart-attack from hyperventilating about the imagined reactions of others, you’ll come through it in one piece, and ultimately, eventually, you’ll get to live the life you were meant to live all along—to live as the real you.

Now, as an “out” psychic, people do on occasion feel the need to say stupid things to me and you know what I say in response?

I knew you were going to say that! 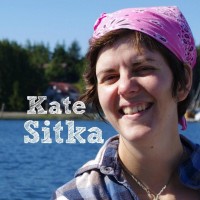