The Courage to Grieve. ~ B Grace Bullock 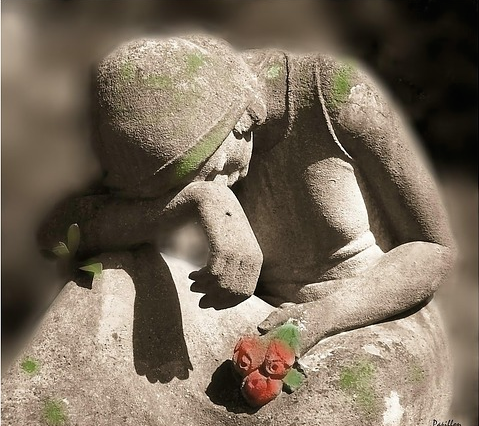 A year ago the spirit of my dear friend and “brother,” Gordon, left the shell of his ALS ravaged body.

Not a day goes by when I don’t long to see his smiling face, or hear his voice call out, “Hey Buddy,” as my dog, Beau and I walk through the door.

That’s how it was between us. We appeared at each other’s homes unannounced and unadorned, usually with our dogs in tow, knowing the door was always open.

Last year it all changed as Gordon waged his battle against ALS and lost. The bittersweet autumn of his final days of defiant silence and desperate embrace are forever imprinted on my heart.

Death’s companion is grief—an impenetrable force that churns through our denial, anger and anguish and hollows out the marrow of our former selves. Grief both cracks us open and shields us from the searing of our own hearts. It is a process. It takes time.

We live in a culture that hides from death and runs from mourning. The dying are cloistered in hospitals and hospices. We are sterilized from the scent of decay and immune to the sensation of lifelessness.

Rather than steeping in the moldering of autumn, we are immersed in sardonic Halloween displays and jovial turkeys. Endless months of tinsel and holiday glare yield to the instantaneous barrage of hearts and Valentines to mask the death of winter. We illuminate the darkness with halogen force, denying ourselves the necessity of hibernation that the natural world takes for granted.

It renders us mistrustful of the cloak of death and its stillness, and leaves us struggling to escape the shadows that inevitably catch us when loss crosses over the threshold of our lives. We are ill equipped to face the inevitability of death and to embrace grief. We anesthetize ourselves with work, exercise, alcohol or drugs. We hide.

This was never so true for me as when my cherished aunt and a dear mentor both died suddenly within weeks of each other nearly 20 years ago. One by one I stood at their funerals numbed with disbelief. Then used that numbness to check out from the process of grieving…and living. They are two sides of the same coin.

With the denial of death comes the second cultural assumption—grief is to be contained at all costs. For me that meant frantically plugging of cracks in the dike of my psyche by burying myself in work. I engaged in a mental marathon of plugging holes as fast as they emerged rather than yield to the need to create the space to fall apart.

I became deeply depressed but remained ridiculously functional. Mourning became a protracted, exhausting vigil as I rebuilt and reinforced the walls that held me together. These were the very same walls that alienated the people that I needed the most. That was likely worse than the grief itself. But I had no way of knowing. I vowed to open myself to grief the next time around.

Although Gordon’s passing was anticipated, it too led me into a downward spiral. Months later, still numb, I moved from one end of the country to the other for work, only to be thrown headlong into the most brutal winter I’d ever known. Once again life hollowed me out.

This time I allowed myself to surrender into the quicksand of mourning, not as an act of self-pity, which is how we often interpret the grief of another, but as a desperate act of self-preservation. With no friends or family in my orbit, and no sign of life outside my window, I chose to incubate grief, and allow it to pass through me. Perhaps it is fate that I now live within a short drive of the home of Robert Frost, my favorite poet, who believed that, “The best way out is always through.” Indeed it is.

Grieving is one of the most courageous processes of life. It is messy, chaotic, tumultuous and unpredictable. And yet, the waves of our sorrow slowly polish our jagged edges until, in time, we catch ourselves on the protrusions of our wounds less frequently. Like all things it is imperfect. It takes time.

I still hear Gordon’s voice in my heart, imploring me not to give up on my vocation and dreams as difficult as the path has been. I still can’t see a football game without remembering our numerous Saturdays of pizza and beer watching the Oregon Ducks, and the myriad little things that friends and neighbors do for each other to get through the highs and lows of life. I miss the silly laughs, random exchange of kitchen gadgets and power tools, the impromptu birthday dinners, and the embraces that made me feel as though I wouldn’t fall through the cracks when they expanded beneath my feet.

I miss him deeply.

Grief is a reflection of the joy of life. It connects us to the divine cycle of birth, abundance, decay, death, and rebirth, and strips us of our self-importance long enough to see something greater than the tasks that occupy us.

Grief is a choice, and like life, it is a process to be fully embraced. Like the caterpillar entering the cocoon, we never know what will manifest on the other side, but that period of stillness it essential to our metamorphosis. 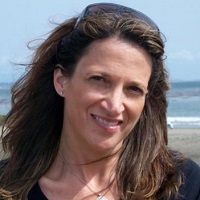