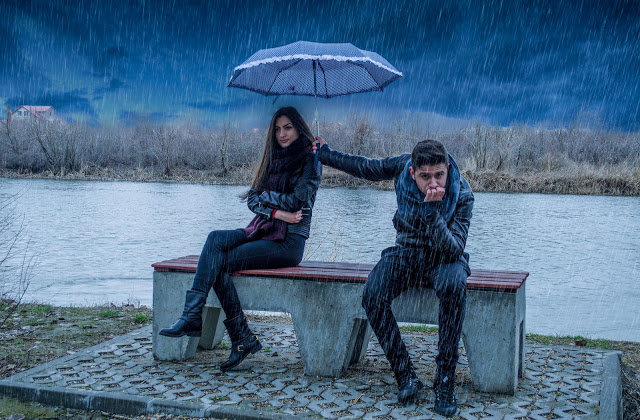 I’ve been thinking a lot about dating, deal-breakers and what those things mean to me.

Upon finally allowing myself to enter the “normal” world of real dating, I have become afraid of the infamous deal-breaker: What if I don’t make the cut?

Are we too quick to judge and write off a potential mate because they don’t match the criteria of what we have decided is true love’s perfection?

Every move, every word, every expression… judged.

The justification that rationalizes why a person won’t be cast in a starring role in your life. Such as, he didn’t pick up the check. She slept with me on the first date. He tried to sleep with me on the first date. She didn’t reach over and unlock the driver’s side door for me (thank you, A Bronx Tale), therefore she/he can’t be the one. These little tests are obnoxious and in some ways, very much outdated (I mean, who doesn’t have automatic locks these days?).

Sure, it would be fantastic if there were a precise and undoubtedly accepted rule book of some sort that would make the courting process not quite so torturous, but it doesn’t exist. It never could. Every gender, every culture, every human being is different.

And that is the wonderful and terrifying part about putting ourselves out there. It’s wondrous because of the knowledge we obtain. The people we meet, the things we learn about them and maybe even about ourselves. The moments, the first times, the chances.

The adventure lies in the process.

If we all followed the same guidelines on how one is wooed and seduced, the world would be a dreadfully boring place.

But the terror is the quiet and subtle soundtrack to the journey. It’s always there, under the surface, like a rhythmic heartbeat or the theme to Jaws. It’s anxiety, it’s excitement, it’s butterflies. The first few dates are flooded with internal questions of acceptance. We wonder if we dressed to their liking. If they like the way our smell and taste. If they find our laugh cute or annoying. Do they find us riveting or mind numbingly boring?

What are the expectations? Are we both considering where or if this person can fit into our future or is it as simple and basic as when will we bump uglies so that it’s actually worth the 60 bucks spent on the evening? They are the interviews that could potentially become the most important ones of our life. Ha! No pressure.

But then there is the deal-breaker.

It is something fundamentally crucial to whom we are as an individual: faith, family, passion. It can be a matter of status and class, manners, career, politics.

Or it’s utterly trivial. Something we were taught or decided that was, without a shadow of a doubt, of the utmost importance. He must have tattoos. She has to have big boobs. Music, entertainment, hobbies.

Whatever it may be, it is something crucial that our potential lover possesses or doesn’t possess, does or doesn’t do, is or isn’t. It’s the ultimate test and usually the only answer they cannot get wrong. Once again, no pressure.

And that is where the real fear lies and is coated in complication.

Suppose in every other way that there is a match. Two people have clicked, connected and fallen. But then, all of a sudden, like a Great White in the water, comes the make or break. The last bite in order to taste if this person is truly to their liking. And when one has been spit out, back into the messy and murky waters, they are left wondering why. But all along it was the proverbial elephant in the room, waiting ever so patiently to take a giant dump all over the blossoming romance. It was inevitable.

I suppose it’s as simple as chemistry or what is “meant to be,” and it shouldn’t be feared. It’s nothing more than a matter of compatibility. The more thought I put into deal-breakers, the less I fear theirs and the more I consider my own.

I realized through an “A-ha!” moment that deal-breakers are nothing more than the ever-essential boundary. Some are mostly universal. Don’t cheat, lie, steal, etc… Someone being a shitty person should always be a deal-breaker.

But then there are the ones that leave us questioning and feeling helpless. Something that maybe we couldn’t control or change. Something that makes us feel at fault; the “What did I do?” and “Was it something I said?”

And with that comes my deal-breaker. I don’t know what kind of relationship(s) await me in the future, but I do know that it’s important to not let anyone make me feel less because I haven’t fit their magical mold. It’s always important to “sell” the real me and not whom I think they’d like me to be. When it comes to dating, honesty is most definitely the best policy.

Deal-breakers and boundaries are detrimental to the dating process and for that reason I not only accept, I applaud them.

I guess I just think it’s important to not abuse them. We should not use our profound standards as a defense mechanism that leaves us shut down to possibilities. We shouldn’t allow excuses to tamper with what could actually be ideal. We should focus on what matters most to us about the people that are part of our life and leave the trivial bullshit behind.

We should not make it impossible to fall in love.

It’s taken me a long time to grasp that not everyone is going to be smitten with me and that’s okay. Most encounters and second looks will be fleeting and forgettable. But I’ll remain mindful that as long as I show respect to myself and other people, although someone else’s deal breaker may break us, I won’t let it break me. 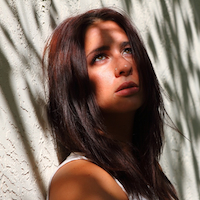