The History of Tattoos in 5 Minutes. {Video} 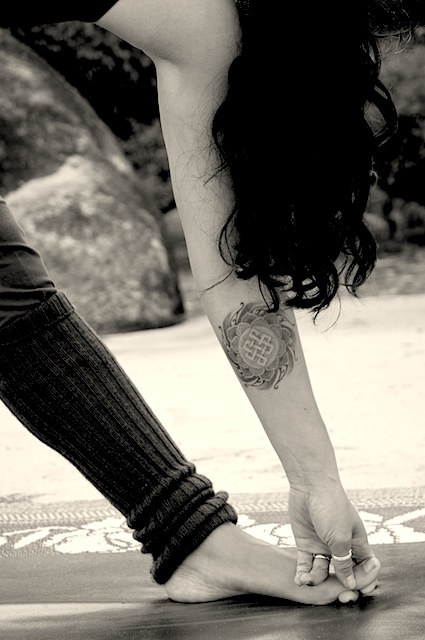 The mandala on my arm is my latest.

Designed by a Japanese tattoo artist based on my vague instructions, I got it done last year in Goa, where I was practicing yoga for two months. I wanted it to remind me of the endlessness of everything, of the need for more love, passion and spirituality in the world and of the eternal waves of the ocean.

I got my first tattoo when I was 18 in 1993, in London. A little Celtic squiggly nothing, on my right shoulder blade. If anything, it expressed that I wanted to be different—though not too much so and, of course, I could always hide it.

But that was just the beginning.

A year or so later, I got my second one, a bird gliding in the wind, tattooed on my ribcage, just under my left breast. Free as a bird, I must have thought when I got it in Thailand, on Koh Phi Phi island, long before mass tourism discovered this little pearl in the Andaman Sea.

Between my second and my third ink, there was a 15 year gap, which coincides with the time that I was studying at university and climbing up the corporate ladder. In 2008 however, I quit all that and a year later, as I was coming back from a trip to Antarctica, I decided to get a tattoo done in Buenos Aires, where I had lived as teenager.

This one had been brewing in my mind for ages. I felt as if I had to make a statement of new found freedom. So I went all out: in plain sight on the top of my right foot, my favourite flower, the frangipani. Just like the ones that have freshly fallen of the tree, crisp and fragrant. Bloody painful too.

In 2011, I decided to connect a little more with my Chinese roots while I was in Egypt. I had a stylised rabbit engraved on the outside of my left ankle. 1975 is after all the Year of the Rabbit—as well as the best vintage year for Médoc wines.

The mandala on my arm is the biggest, the boldest, the brightest. And perhaps not the last one.

My ink tells about my travels and my personal development. I cherish each tattoo, each phase of my life.

Every tattoo in this world has its own story. And throughout history, tattoos have had many meanings.

Learn about the history of tattoos in this great five minute video by TED-Ed.