Or, “He had everything. It just doesn’t make any sense.”

I hear comments like this quite a bit in regards to either an acquaintance/friend or a celebrity committing suicide or admitting to being severely depressed and it makes me wonder. Do people really forget that the human game that we play is indeed a game?

Every day, before we leave our homes in the morning, we put on our costumes. We put on our nicest suits and layers of makeup. Some have a much more intricate costume than others, but everyone has a costume. Many of us live by certain mantras, such as, “Fake it until you make it,” or, “positive, positive, positive.”

We go to work and we see people put on these large smiles and we forget that most of what we are seeing is not real, that more likely than not, all these individuals’ pain is well beneath the surface. Most people will never see this pain and most people who have these deep depressions will not express these feelings to anyone for fear of the social repercussion and for the fear that it won’t fit the personality of their costume. However, if one is to get to know people on a deep level, it is obvious that the person that most people think they are is far from the truth.

I heard a lot of people make comments about how it makes no sense that Robin Williams committed suicide when he had “everything.” It seems as if many of us live in a state of delusion. We truly believe that happiness is attained linearly—as if happiness is an equation. If one does this and gets this, he will feel this.

The whole belief in what it takes to be happy is a lie. I believe this is why so many Americans are so depressed despite having such a relatively high amount of material wealth. We strive so hard year after year to ascend the corporate ladder with the hopes of making it “big.” Yet many tend to sacrifice the things that truly lead to a better life.

We are lied to and tricked into believing that the key to success is putting in long hours, making more money, and acquiring more stuff. This is why, I believe, so many Americans live paycheck-to-paycheck despite having multiple vehicles, large houses, HD TVs, and an accumulation of a wide variety of things. It never occurs to many individuals that, instead of working long hours, that one can simply stop getting so much stuff.

Over time it seems as if people start to think the game is real. We start to believe as if the petty things in our lives are of vital importance in an attempt to fill that void of emptiness within. We start to believe that the costumes are the real person and that it is not a show. We think that the girl who is always so over-the-top bubbly is the happiest person we know and we are shocked to hear that she is going to therapy for severe depression that she has been battling since childhood.

Deep down, however, we understand but we simply just don’t want to deal with it, because that would mean we would have to admit the truth to ourselves. We try to suppress the parts of ourselves that we would prefer not to acknowledge and project that onto others. We would have to admit that maybe our life path is leading to a life of a misery rather than one of happiness. We hate admitting that working 50 hour weeks staring at a computer screen and talking on the phone is not worth the large paycheck. Honesty is painful.

I want to make it clear that there is a reason we put on our costumes. Being vulnerable is scary and it is impossible to be vulnerable to everyone. A chameleon camouflages itself to avoid predators just as humans camouflage themselves to keep a job or acclimate to a social group.

If one’s boss were to find out that the individual was clinically depressed and that at any point in the day, a suicidal collapse was impending, then that individual would most likely not have that job, which would lead to a lack of survival just like that chameleon being eaten by a predator.

Camouflage is necessary for human survival. I do believe it is important to realize that this camouflage, however, is not real, and that it is simply part of the human game. Things are never as they seem and most of the battles people face are hidden. We should strive to be more conscious in our day-to-day lives and to develop a sense of compassion and understanding to the invisible battles each of us face in life. We should strive to be more authentic and transparent so that we can feel confident taking that mask off. Maybe we shouldn’t take it off completely, but the more authentic one is to their true self, the more liberating one’s experience is. 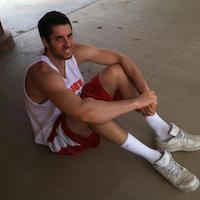