The Rules of An 8-Year-Old. ~ Matt Gilhooly 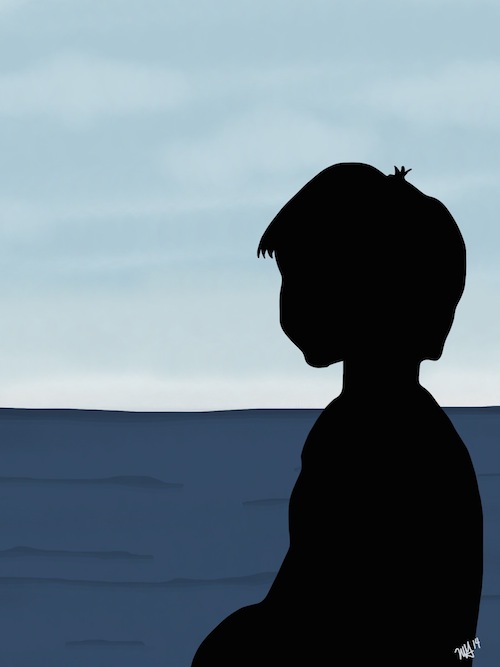 When I was eight, my mom died.

She was thrown over 100 feet in the air in a single motorcycle accident in New York and sustained many fatal injuries.

My dad received the call, in Georgia. Out of state and helpless. I was yanked out of summer camp unusually early and taken to him. He sat me down in his office and uttered the words. The ones that I cannot remember specifically, but will never forget. She was gone.

Subsequently, my life was flipped on its side, kicked around a bit and essentially frozen in that state. Frozen for almost 25 years. As the days, weeks, months and years went by, things seemed to be progressing as they should. School years complete. Milestones achieved. Successes had.

But what I didn’t realize is that the eight-year-old soul split inside me at the precise moment that I knew my mother was gone. Unknowingly, I let him take the reins. I let him make the decisions. He set the rules.

The rules of an eight year old are somewhat simple:

Don’t fail or disappoint.
Avoid what hurts.
Don’t get in trouble.

These are perfectly fine rules for a child. The damage comes when those rules continue, unknowingly, to run a teenager’s, and eventually, an adult’s life.

I didn’t realize this was my MO until recently. Before my mother died, I was an average student and had many behavioral problems in school. I was one of the only kids in kindergarten that had to have a daily behavior tracking program. I was the kid who got three detentions in first grade and a few more in second grade. But, once she died, I was an almost straight-A student. I was accepted into a “gifted-type” program a few times. I was near the top of the class and I never got in trouble.

I couldn’t do anything less. The shifted core inside wouldn’t let me. I knew that if I did well, my father would be pleased, and I wouldn’t ruffle any feathers. Plus, my father could report back out that his son was doing great and really thriving. Who knew that I really stopped living the life of a carefree kid? I certainly didn’t.

And it continued throughout school and my career changes. Every decision was calculated and the option that led to the most likely favorable response or result was chosen. Risk was not something I was comfortable taking, for there was a huge fear of failure and/or disappointing my family and friends.

Worry has been a common theme over the years. I spent most of my time rationalizing irrational fears. For instance, I couldn’t go downtown because:

a) where will I park?
b) what if the garage closes?
c) what if I drink too much and act a fool?
d) what if someone gets in a fight?
e) what if the line for the bathroom is too long?
f) what if…
g) what if…

And then I never went. This is one example, of many, in which irrational thoughts prevented an action. Protection.

But, what I didn’t realize was that I allowed myself to find a crutch, an excuse. If there was ever a chance of making a mistake at that point, I had a “reason” that I wasn’t successful. That eight-year-old mind/soul/whathaveyou did not understand or was not willing to take responsibility for his actions. This was a protection: a safety blanket.

I avoided getting close with too many people in the chance that I would get hurt. For an eight-year-old, there is only one level of hurt. At least for me, that level was only the loss of my mother. Any future hurt would equal past hurt. This wasn’t intentional, but I recall shying away from developing deep relationships during the years that I was supposed to be testing the waters. I was supposed to be dating and doing the normal things teenagers do but the fear of hurt, rejection and pain was something that little boy inside could not handle.

I had my moments of brief clarity, but those were far and few between. If only I had the wherewithal as a teenager to let that inner kid know that it was okay to feel like a normal person. Unfortunately, it took another 16 years to let him go.

Trouble? That’s a given, but trouble for an eight-year-old is much different. Trouble leads to disappointment and shame and rejection and hurting others and fear. I never broke the rules growing up, and I still don’t. I didn’t drink early, I didn’t smoke, I didn’t do drugs. Even to this day, if you ask me about the bad things I have done, it may only take me about two seconds to answer—I’m sure there is a thing or two somewhere in there. But I did all I could to avoid breaking a single rule. Fear.

I had my glimpses of breaking through over the years. Some of them clearly intentional and some, apparently, in my subconscious. A few weeks ago, I went through some things I had written during random points in my life.

In 2003, I wrote a piece called “The Lost Boy” and, at the time, I don’t think I really knew what it meant. But coming across it a few weeks ago, I realized that I knew all along that I was allowing that eight-year-old to rule my life and make my decisions (or prevent them). I knew that my subconscious took the wrong “path” and that I trudged on that path even if I knew it was the wrong one. But I don’t think I realized I was writing about myself—until now.

Although I grew up
When you look in my eyes
You are bound to see
That young boy longing for help.

So why am I mentioning all of this? What’s the point? I’m not sure there is one, but I did want to share why I am the way I am, or rather, was the way I was. I’ve spent my life trying to do the right things and find successes so that others were proud of me. I did the right things to make sure that I made my family look good. I played the role of a good friend (most of the time) to make sure that they felt good.

I am on the path of allowing the 33-year-old man make the decisions in my life. I am working on boundaries and respect. I am working on being intentional. I am working on finding the true happiness that I deserve and not just what I think is predestined based on appropriate and calculated decisions. I am allowed to make mistakes and learn from them.

This is my new path and I plan on making the most out of it. For my mother, my family, my friends and, perhaps most importantly, that eight-year-old that I never allowed to rest. 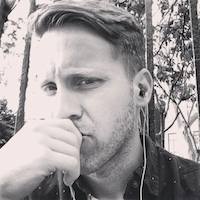