Weeding the Mind: In the Unglamorous Underbelly of the Garden. One spring, a neighbor gave me a truckload of horse manure for my garden.

Knowing nothing at the time about the various virtues and flaws of one form of manure over the other, I accepted it gratefully and with enthusiasm. Only later, when spring began to ease into summer, did I learn why many gardeners turn down this particular manure. Although horse manure is rich in nitrogen and other potent plant foods, it is also loaded with weed seeds.

As the soil warmed and the days lengthened, unwanted seedlings sprouted by the hundreds and thousands, forming thick carpets of new growth that threatened to take over the entire garden. I scooped them up from the soil by the bucketful, struggling to clear enough space around each of the seedlings that I had actually planted, so that the cucumbers, tomatoes and basil would grow and prosper. I could not help but marvel at the persistence and energy of the tiny, unwanted plants. They seemed determined to thrive. 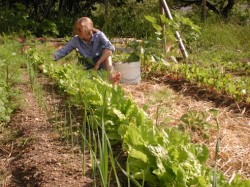 Weeding is one of those more tedious tasks, that does not make it into the glossy photo layouts in gardening books or magazines. It is the unglamorous underbelly of the gardener’s life, and yet the work is essential. If a gardener does not weed, flower and vegetable beds can become quickly overgrown with unwanted plants. These plants often have invasive characteristics. If left to their own devices, they steal nutrients from the soil and crowd out intended plants.

As much as weeding the garden takes persistent and patient effort, so does weeding the mind, a practice facilitated in my life by yoga. I have learned (more slowly than I would like to admit) that I have a choice about which thoughts to identify with and which thoughts to cultivate, as my breath moves in and out, in and out, like a hoe scraping rhythmically and selectively across the soil. The first of the five niyamas listed in the Yoga Sutra of Patanjali is sauca, or, cleanliness. The niyamas form the second in the eight-limbed tree of yoga that Patanjali describes in this classic yoga text. The limb that precedes niyama is yama, a collection of five principles that guide the natural, ethical behavior of a person in relation to others. The five niyamas that follow guide behavior toward the self. Sauca, keeping clean and orderly, is a basic foundation of self-care.

According to T.K.V. Desikachar, there are two types of cleanliness, inner and outer. Outer cleanliness involves bathing with water and sometimes, ironically enough, with dirt. In his discussion of sauca in Yoga Mala, Sri K. Pattabi Jois also refers to a traditional cleansing custom in India in which one rubs one’s body with a mixture of red clay and water – to make the skin “soft and shiny.” This process resembles the Western practice of soaking in therapeutic mud baths.

In The Heart of Yoga, Desikachar defines inner cleanliness in two ways: both as “the free-functioning of bodily organs” and as “clarity of mind.” He suggests that cleansing of these unseen realms can be accomplished through the practice of asana (physical postures) and pranayama (controlled breathing).

Until I began to practice yoga, and even for several years after that, cleanliness was something that concerned outer presentation only – my hair, my body, my clothing, my home. The more I practiced, I found myself influenced by the broader implications of the principle of sauca, long before I had ever heard the term. I learned about how a twist or a forward bend could compress the various inner organs and when released, inspire fresh blood to flood the area and carry away toxins. I also learned to watch my thoughts as they jumped around, struggling to accept what I was doing on my mat.

As I held posture after posture, year after year, the chatter in my head began to slow down. It grew less insistent. It shifted ever so gradually away from judgment, comparison and helplessness to a calm counting of the breath and an acceptance of the present moment. Slowly, ever so slowly, yoga has weeded my mind, bringing about greater clarity and order, as well as a sense of evenness and peace. The growth and exuberance of nature is always one step ahead of me in my garden, even at the best of times. I bring this barely controlled chaos on myself, by planting just a bit more than I have the capacity to tend. I am also particularly fond of annual flowers that sow themselves, such as forget-me-nots, sunflowers and California poppies. Year after year, they pop up everywhere, sometimes in the most surprising places.

I love these self-seeding flowers for their sense of freedom, yet they require that I be both discerning and flexible when I care for the garden. I watch carefully as I weed, to avoid plucking out the flowering free spirits along with the thistle or the chickweed. I try to accept their unplanned locations. They remind me that the energy of the natural world is creative and spontaneous, as well as inspiring. Working with nature when I can, rather than fighting it, requires a particular form of discipline that balances acceptance judiciously with effort.

My mind, like my somewhat weedy and exuberant garden, often self-sows at will, usually in an unplanned way. It offers me a large quantity of ideas, inspirations and perceptions. Alongside these welcome blooms comes a thick crop of weeds: judgment, negativity, uncertainty and fear. Like that weedy, horse-manured soil of a few years back, my mind quickly sprouts both the negative and the positive. It is eager to distract my focused concentration with an impulse and more than willing to crowd out potential fruit.

For a few brief weeks each April, I stroll through the garden admiring the bulbs and swelling buds, the fresh, dark soil that appears devoid of any weeds. I toy with the thought that I have mastered the weeds, that they will not return. I am always wrong. The soil warms, the unseen seeds begin to sprout and I am again busy with my hoe or my fingers, cleansing the soil of unwanted sprouts, bringing clarity to the rows of lettuce, onion and zinnia blooms, wondering about the origin of these uninvited plants.

In the end, that summer-of-horsemanure had a relatively happy ending, thanks in small part to my persistent if somewhat erratic weeding, and in large part to the divine gifts of nature. Once I had plucked many of the weeds and my own plants could take off, the garden grew more lush and beautiful than it had ever been before. And while I am not signing up for another delivery of horse manure just yet, I have learned that when exuberance is met with a matching measure of discipline, remarkable things can happen.

Desikachar’s translation of verse 2.40 of the Sutra reads: “When cleanliness is developed it reveals what needs to be constantly maintained and what is eternally clean. What decays is the external. What does not is deep within us.” When the garden blooms or my mind grows calm, I am rewarded. I momentarily perceive a beauty whose mysterious source lies within the Earth, and within all human beings: a clear, bright ray of eternal energy that makes each and every breath worthwhile. ॐ 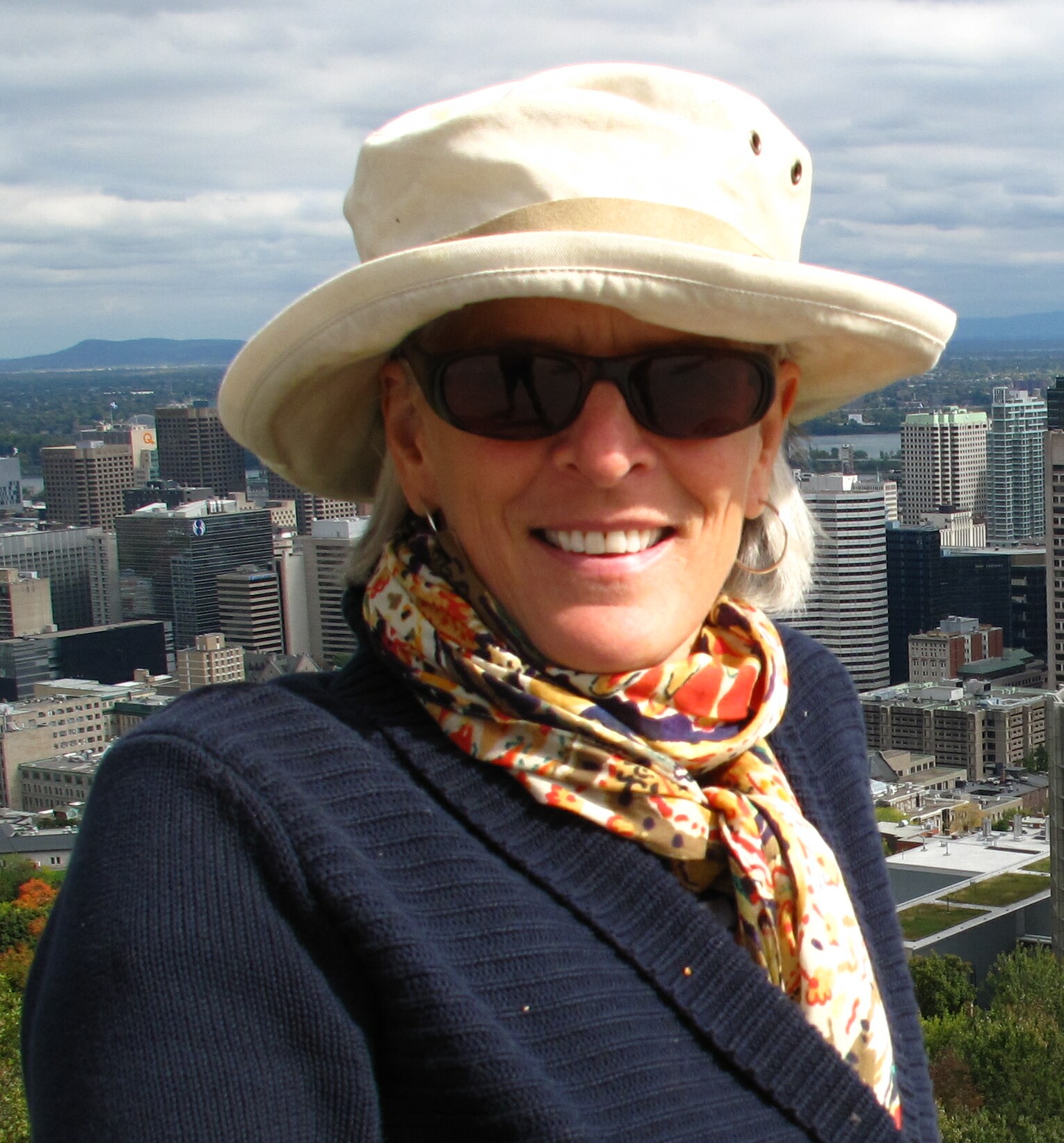