What Animals Can Teach Us About Death. ~ Linda Bender 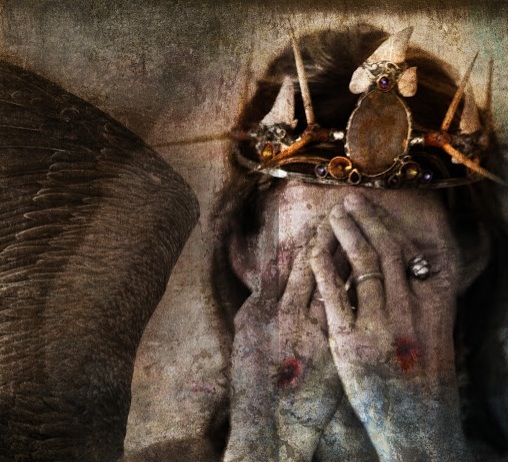 Animals don’t know exactly what will happen when they die any more than we do.

In the absence of specific knowledge, they simply trust. They trust death the way they trust life: as participation in the Source. What will happen when they die must be okay because what is happening now is okay.

Nothing in animal consciousness corresponds to the distinction humans make between mortal and eternal. They experience the eternal in the mortal.

The Source is within them and all around them. It is what they are made of and what everything else is made of. The thought that it could ever end, or that their connection to it could ever be severed, is nonsensical to them.

They wouldn’t know how to picture that if they tried.

We humans can only picture it by looking at ourselves from the outside, as we are so inclined to do. If you look at yourself from the outside, you can be certain that what you are seeing is not going to last. It is already not lasting. The more you try to stand outside yourself and see yourself as an object, the more you are likely to dread death.

The imperishable part of you can only be experienced when you are on the inside looking out.

If you’d like a taste of what animal consciousness is like, here’s a simple exercise you can try. Close your eyes for a moment and bring your awareness inside. Experience the rhythm of your breathing and whatever other bodily sensations are happening at the moment. Then open your eyes. Look out at the world. Simply let your eyes absorb whatever is front of them.

Experience that first flash of attention—the pure attention that occurs before you go on to name what you perceive or to form various thoughts about it.

Attention is not the eyes that are perceiving, nor is it even the brain that is receiving the impressions from your eyes. It is that which notices what the eyes and the brain are doing. That attention isyou. It has no content of its own, yet it is as unique as a fingerprint. It is the part of you that is imperishable. Dying won’t stop it, even for a second. Dying will simply be the thing that it is noticing.

Saint Francis of Assisi concluded his famous Prayer for Peace with the line, “It is in dying that we are born to eternal life.” The conventional interpretation of that line is that dying is how we get to heaven, that eternal life begins after death. Yet in his equally famous poem, “The Canticle of the Sun,” Francis includes “Sister Death” among the life forces that he hails as his brothers and sisters: the sun, the moon and the stars, earth, air, fire, and water.

He praises Sister Death as someone he already knows intimately. He loves Sister Death because she has already put him in touch with eternal life: what the animals (and I) call the “Source.” St. Francis wasn’t worried about his death because he was on friendly terms with the dying that was already happening.

The fear of death is essentially a fear of losing control, and we meet Sister Death in anything and everything that we would like to control but can’t.

She makes her presence felt in the losses, failures, disappointments, and hassles of our daily lives. She is there when you lose a favorite piece of jewelry, there when your TV suddenly stops working, there when your barbecue gets rained out, there when you realize that the ten pounds you worked so hard to lose have come back. Your response to these minor setbacks is a snapshot of where you currently stand with her.

How do you feel when things like that happen? What do you conclude? Do you blame yourself? Blame others? Redouble your efforts to prevent such a thing from ever happening again?

Chances are you respond to the prospect of physical death with the same cluster of feelings, conclusions, and strategies.

As Francis taught, you can make friends with Sister Death by befriending the little deaths that occur from day to day.

Each one is a reminder that what you think you have attained doesn’t last, that even when you get what you want, you can’t hold on to it forever. You can come to regard that reminder as helpful, for when you surrender gracefully to it, it brings you back to your connection with Source.

Whatever you lose carries you home to that which you cannot lose.

Photo: Elena Ray at Big Stock (via the author)