A World Not Yet at War with The Islamic State. 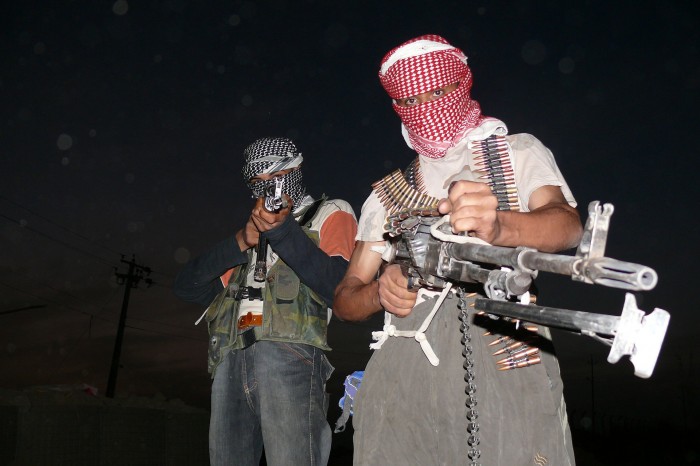 War is a life lesson.

For many still young Americans, that lesson has primarily been living with the social, psychological, medical or economical aftermath of war in our homes.

It is easily understood that a pacifist approach to war would stem from the compassion of watching our loved ones suffer, or from witnessing the senselessness of mass violence within our own experience.

The war we fight against terrorist militia group Islamic State (referred to as IS from here on), diminishes the possibility of passivity and demonstrates how delicate and intricate the fabric of our global economy has become.

This war is about stopping genocide, protecting our own soil and providing humanitarian aid. It’s also about oil and the 10 plus agendas competing for the space of a disintegrating country. It’s about climate change and the carbon foot prints we’ve made here that are affecting the world over there.

It’s about the weight of historical decisions and actions and a struggle to restore balance without repeating some of those mistakes. If this war were a choice it would still be a group responsibility of economically able countries. It’s time to break the common misunderstanding that countries are islands, that we are safe and self contained within the border lines that are drawn up, because it is not true.

In Syria, not too many years ago a man’s struggles may have been primarily about unemployment. Today, that man is one of an (under) estimated 2.6 plus million displaced refugees struggling to find adequate water for the family members he’s been able to keep with him on his journey.

As highlighted in the popular TV documentary series, Years of Living Dangerously, our massive carbon imprint that keeps our lifestyle so desirable and comfortable has created an equally massive climate shift around the globe. It is appearing as severe drought or rising sea levels and flooding in some areas, both resulting in agricultural depletion and a displaced population.

Many of these life-altering catastrophes occur in areas, such as Syria, where there is not an adequate welfare program able to sustain its citizens in need, thus contributing to rising—and—fueling, civil war.

Syria is particularly noteworthy because they contain oil refineries, which have been systematically taken under the control of IS, and are now being used to finance their regime. This is leaving neighboring countries to wear the double sided mask of needing to purchase oil and fund IS while, at the same time, being a part of the coalition to fight back with air strikes alongside the U.S. and Britain.

As IS takes control of more cities throughout Syria and Iraq, today’s headlines are now showing that they are less than an hour outside of Iraq’s capital of Baghdad, and life for civilians still left behind becomes increasingly intolerable. Women are captured, raped, tortured and sold as sex slaves, many committing suicide each day to prevent their gruesome future.

Educational infrastructures have collapsed, putting an end to the dream of creating a brighter future for countless young people. The fear of losing your entire family, your neighbors, colleagues and schoolmates in a single massive IS execution, coupled with abduction for slave trading, is real for many people and happening all too frequently. It is ineffective to bring a passive approach to the table when your opponent barbarically beheads their victims, displaying the video as their trophy.

Whether fact or only widely held belief, the birth of Al Qaeda and other terrorist groups is said to be the response to the initial U.S. invasion of Iraq. Al Qaeda specifically is documented as being formed in 1991 the same year the Gulf War ended. Leaving a country weak and with loose borders, as Iraq was in 2003 during the Bush Administration when the Iraqi Army was disbanded, makes it an easy gathering ground for angry extremists and now unemployed citizens left to pick up the pieces after a devastating war.

“And so, you know, on every turn in the Iraq story, now, is the American legacy and the epic American failure in Iraq,”

IS is the spin off—and much more brutal group—from Al Qaeda. Considered a militia because of their organized military training, they are also experts in social media and modern day marketing, which they have used to their advantage in recruiting fighters from all over the globe. There are roughly 100 U.S. citizens, that the government knows about, that have gone over to fight with IS (or were caught trying), and several thousand more from the UK and other parts of Europe and the Middle East.

According to a recent NPR segment, there is a university in London that has been able to keep in contact with some British civilians who have chosen to go to Syria and fight. Some say that while they initially believed in what IS claimed to be fighting for, the brutality of the war is less focused and the group is against a myriad of things, some that they aren’t specifically against themselves. They would like to return home, but there are a host of complications with that, beginning with the fear of having a terrorist sleeper cell back on your home soil.

The ripple effects of our actions permeate the entire globe. It’s possible that all politics are driven by money, but while that’s not a desirable belief to hold, it’s fine as long as we’re beginning to find a resolution by learning the truth. Everything is interwoven, so whether we start with financial agendas, somewhere along the way we’re realizing all aspects need to be addressed to keep the financial agenda steady.

We’re already beginning to see that our use of global resources is affecting the climate in other areas of the world, hindering production of supplies we use daily, thus also affecting the hidden financial agenda of world leaders. By providing humanitarian aid and helping the citizens to be able to stand up and have a say in the future of their country, a balance is created that squelches the brewing agendas of watchful, preying nations and extremists groups possibly planning to manipulate costs of other needed and natural resources.

What we can’t do is talk as pacifists and retreat from the global catastrophes happening in our world. We don’t have the option to be on the World Team or simply be a spectator from the bleachers; we’re already on the field and each of us has a role to play. Let this be the life lesson and realization of war for this generation; we are all in this together and we all need to work together. That is how we fight and that is how we come closer to a lasting cease-fire. 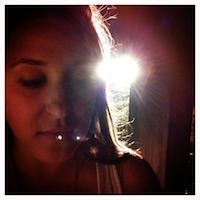