Autumn, the Anatomy of Change & the Astrological Scorpio. Fall is officially upon us.

Toward the end of this month the sun will enter the sign of Scorpio and beneath mother nature’s dazzling color show, the refreshing crisp breezes, and the delicious scent of apple cider, lies a subtle but persistent truth: that everything is constantly shedding it’s old form and will inevitably be reborn into a new one.

The air is pregnant with the electricity of change.

I read a great quote by an unknown author that has me looking at some of the trials we face during our time here on earth from a different perspective. A quote that stuck with me was:

“A life truly lived constantly burns away veils of illusion, burns away what is no longer relevant and gradually reveals our essence, until, at last, we are strong enough to stand in our naked truth.” ~ Unknown

This perfectly sums up what Scorpio and Autumn are all about. They bring our attention to the things in life which are usually swept under the rug, the heavy stuff.

Sex, Death, Birth, Rebirth, Secrets, Addictions, Triumphs, Destruction, Reforms, Nuclear Power, Elimination, Transformations and anything considered Taboo. Extremes from the highest of the highs to the lowest of the lows.

Not exactly lighthearted topics of conversation.

Pluto is unconcerned with surface information and forces us to face the mirror and see the deeper truth. Those of us born with Scorpio as our Sun, Moon, or Rising Sign and even a prominently placed or strongly aspected Pluto, will inherently be in tune with this energy for much of our lives. 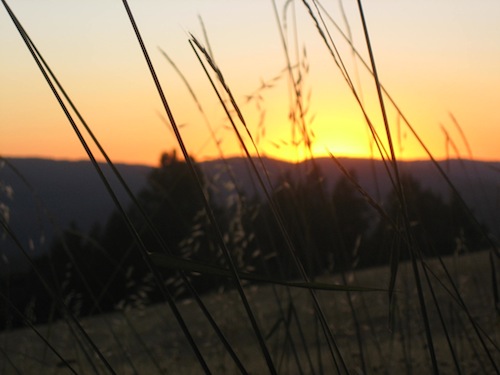 Even if you have none of the above in your natal chart, you will still experience this energy through transits that will awaken you to these deeper truths in your life.

Nobody escapes Pluto’s nudges into growth. They may start out subtle, but they will grow in intensity if ignored. As the saying goes, what you resist, persists.

So when Pluto comes knocking with a life lesson, and his lessons are always profound, it’s always best to answer the door and look him square in the eye. He will respect you for it. Even if you are trembling with doubt and fear inside. Your courage will ultimately be rewarded by transforming that original doubt and fear to an unshakeable wisdom and valor etched deep within that will forever be yours to draw upon. For Pluto also symbolizes the magnificent Phoenix rising from it’s own ashes.

The power inherent in this symbolism is considerable.

Traditionally an outcast, Pluto forces us to confront those aspects of ourselves and our realities that we find intolerable and therefore banish into our own personal underworlds: our subconscious mind.

There is something about modern civilization that incites us to push the darker aspects of ourselves and society at large down into the depths. We no longer revere death as a celebration of life, we shy away from it or fear it, we strive for perfection and view the darker aspects of life as being detestable or unworthy of recognition.

Like the myth of Pluto erupting from the depths to kidnap Persephone implies, splitting off aspects of ourselves and burying them only creates a space for that jilted element to gestate and ultimately erupt into the forefront of our consciousness, usually bringing about a crisis situation of some sort. The story of Persephone also depicts the Scorpionic potential for total transformation. Her world was never to be the same after she was exposed to the underground realm and had tasted the sacred pomegranate fruit of wisdom. Once Pluto shows you where you must grow, there is no way to un-see what has been already been seen. The insights imparted are permanent and struggling against growth can become harder and more tiresome than just moving with the current of life’s flow.

This is all just part of the process, recognizing and facing our own shadows and not running from them.

We are all exposed to our shadow side at some point and I believe it is because we are being asked to shed some light into those corners. Facing our fears can literally be scary as hell, but sometimes we are put into that dim situation so that we can become the beacon of light that is so desperately needed. Sometimes you discover that there was nothing to fear after all and most of the time you find the very treasures of your own being hidden there.

Eventually Persephone became Queen of the Underworld and was eventually allowed to return to the upper realms of the earth for half the year. To me, this story is a beautiful depiction of the need to merge both the lightness and darkness within ourselves and how after synthesizing both we can live a much richer and fuller life.

I believe astrology is intimately linked to mythology because they are both metaphorical languages that illustrate human inclinations and experiences. Kahlil Gibran’s quote “For what is evil but good tortured by it’s own hunger and thirst” has always struck me as a brilliant example of how lightness and darkness of being are inextricably linked. It is only in our judgement of them that we end up shackling ourselves.

The point is not to punish ourselves for our shortcomings and perceived flaws but to work with them and use them to propel ourselves forward in our lives. Once viewed from this perspective, we see them as fuel for growth instead of blockages holding us back. 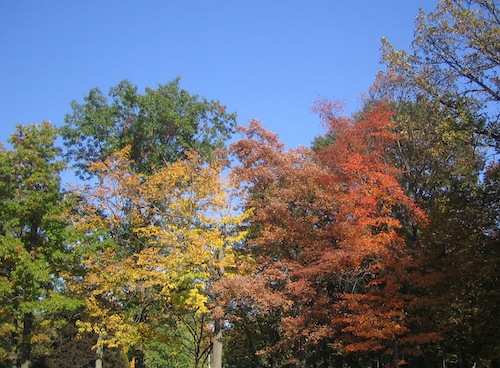 Pluto also has the disdained but very important job of initiating the final decent into the alchemical transformation that is inevitable for all things in this world… Death.

A loaded word indeed, many people shun the very idea of this energy and twist away from the harsher realities of such change. Sure, we can never really know whats behind that door until we ourselves enter through it, but does that mean we must look upon one of the most poignant aspects of life with fear and mistrust?

Even in modern astronomy, Pluto has had to suffer the indignity of having it’s status revoked as a planet. A fitting metaphor that the planet representing transformation has had it’s very identity called into question and ultimately redefined. The Scorpio season isn’t just about physical death though. It’s about letting things that have run their course go. Whether that be unhealthy relationships, old habits, addictions or patterns and yes, sometimes even physical life itself.

When my father—who was a Scorpio like me—passed away earlier this year, I started to view life and death from a different angle.

The week after his passing was very sad and difficult to come to terms with for sure, yet it also felt like one of the most spiritual times in my life. I noticed things I had not paid attention to before. I saw his life from a much broader scope. And like a kaleidoscope come to life, I viewed the slideshow of his life from his beginnings as a young boy to the man I eventually knew as my dad. And it was from that perspective that I realized that all aspects of life need to be honored and embraced. Not just the upswing, but also the downswing.

For life is a seesaw that will continue it’s motion long after we step off of it.

As we enter autumn, the trees may become barren and the animals may disappear or hibernate underground, but is it not true that the long winters snow has just covered and frozen springs ground below, longing to bloom anew?

We celebrate birth but we spend most of our lives in denial or fear of death, not realizing they are just opposite ends of the seesaw, intrinsically tied together for all of eternity, one in the same.

All pieces of the puzzle are equally relevant. And as all things exist only because they have an equal and opposite, one thing is abundantly clear to me: When we separate the polarities of truth by shoving the unwanted ones to the subconscious through denial, we suffer. If spring cleaning has us dusting the cobwebs from our homes and offices, than a good fall cleaning surely asks us to dust the cobwebs from old ways of thinking, acting and relating to each other and to life itself.

Pluto is strengthening our containers so that we may one day “stand in our naked truth.” It’s no coincidence that Halloween is celebrated under the sign of Scorpio, where both ends of the light/dark spectrum are highlighted.

This Halloween season, befriend the goblins that show up at your doorstep, listen to what they are trying to tell you. You will likely discover a teacher hiding beneath that goblin costume.

Pluto’s path is arduous but will be amply rewarding.

Linda Goodman sums it up best in her book Sun Signs: Pluto’s symbol is the triumphant phoenix rising from its own smoldering ashes, and Scorpio personifies the resurrection from the grave.

November’s thistle is dangerous, yet it grows entwined with the heavy, languid beauty of the Scorpio honeysuckle. Have you ever inhaled that sweet, overwhelming fragrance on a still midsummer’s night? Then you will know why there are those who brave the thistles to seek the gentle­ness of Scorpio—exquisite gentleness. The explosive pas­sion of Pluto has the rich, dark red wine color of the bloodstone.

But Scorpio steel is tempered in a furnace of unbearable heat until it emerges cool, satiny smooth—and strong enough to control the nine spiritual fires of Scorpio’s wisdom. 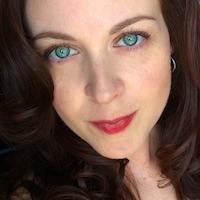