Cuba: Getting the Most Out of Your Trip. ~ Dávid Kovács It’s an amazing feeling visiting a country for the first time.

Since photos of a place don’t usually do it justice, it’s probably different than what was imagined.

The striking thing about Cuba is the color. When stepping outside of Havana’s José Martí International Airport, the vibrant colors of the city bathed in a warm Caribbean sun will be forever burned into your memory, and there’s the certain knowledge that this will be the vacation of a lifetime. Cuba is a destination unlike any other.

The uniqueness of Cuba means that there are some things that a visitor should be aware of in order to get the most out of the trip, and knowing a little bit about the local language, rules pertaining to currency and general social habits will mean that this trip will be as smooth as a glass of Cuban rum.

Yeah, we all know the cliché that French people can be unwilling to communicate in English when talking to visitors to Paris, but in many places it’s kind of easy to get by without knowing the local language.

It’s important to remember that Cuba’s relationship with the English speaking world has been strained, so English is not spoken widely—it’s not really a common subject in Cuban schools. Outside of the hotels and areas popular with tourists, English is rare; knowing even the tiniest bit of Spanish will have you miles ahead.

A Spanish phrasebook is worth its weight in gold. Even if you don’t know how to say the words properly (don’t worry about being perfect), but you can at least locate what you want to say and then show the Spanish version of the phrase to the person with whom you wish to communicate. Trust us! We’ve used this method!

The basics are quite, well, basic, and the local people will appreciate it if you try: “Hello” (Hola), “Please” (Por favor), “Thank You” (Muchas gracias), and the always handy, “Do you speak English?” (¿Habla Usted inglés?).

Getting money in Cuba is very different to other countries, and yeah, we won’t lie, it’s a little more complicated.

Cuba’s often difficult relationship with the U.S. has placed some rather unique conditions on their currency when it comes to foreigners. Cuba has two currencies, and locals use the rather poorly valued national peso, known as the moneda nacional (MN), but foreigners use the Cuban convertible peso (CUC), the value of which is pegged to the US dollar. The CUC is a closed currency; it can’t be obtained outside of Cuba. U.S. dollars can be exchanged but are subject to a whopping surcharge—as much as 10%.

Traveling with a lot of cash is not usually a good idea and ATMs are not so commonplace outside of large cities in Cuba, so taking what’s needed each day is much easier than trying to find a place to withdraw CUC. When out and about, it’s smart to secure cash in a “pickpocket proof” money belt which can be obtained from most travel stores.

Cuban ATMs don’t generally accept cards from U.S. banks, or even foreign banks with a strong U.S. affiliation. The same goes for credit cards: American Express is not accepted anywhere (the clue is in the name), although Visa is accepted in a few larger hotels and stores, provided the card has not been issued by a U.S. bank.

When paying with cash and receiving change, be sure to check that you’ve been handed CUC as opposed to MN. It’s (usually) an honest mistake on the part of the salesperson, but the MN cannot technically be used by foreigners and is far less valuable than the CUC.

There are stories about stores deliberately giving foreigners MN instead of CUC, but we hate to think that this is widespread. Better safe than sorry, so double check each time.

It’s kind of cool to blend in and look like a local when in a new place; maybe even to be asked for directions by another visitor who thinks you live there! 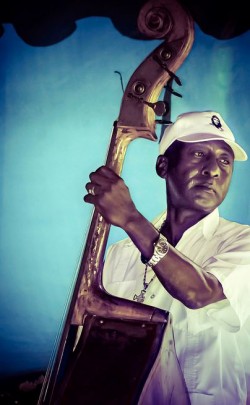 Saying, “No” is a really handy thing when in Cuba, since visitors are often annoyed by touts who look for tourists on the streets and then drag them to an “amazing” store or restaurant where average fare is offered at inflated prices.

We always think it’s a good idea to study a map and get an idea of the route before going anywhere in Havana. The winding alleys of Old Havana make it kind of easy to get lost. The late British novelist Sue Townsend wrote some wonderful travel diaries, and one of her tricks was to take a business card for your accommodation so it can just be handed to a taxi driver. Avoid the standard beach wear favored by many visitors (unless of course going to the beach), and instead opt for a smart casual look with light, breathable fabrics; just like the locals.

We can’t put it any other way: Most Cubans are stylish when they go out.

It’s awful to show up at a restaurant wearing sports clothes only to see everyone else wearing stylish cottons and linens—and trust us, this will happen in Cuba. Your wardrobe selection should be important when thinking about what to pack for Cuba. This also means you don’t need to go back to your hotel to get dressed for dinner!

We’ve covered what we feel are some of the most important things to get the most out of a Cuban vacation, but you might have already been there and can think of something important that a fellow traveler should know.

There are always some uncertainties when going on vacation, but one thing is for sure, a Cuban vacation is nothing less than fantastic! 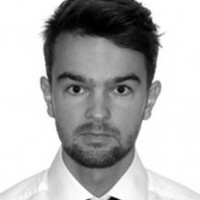