Do Corporations Have To Be Evil? 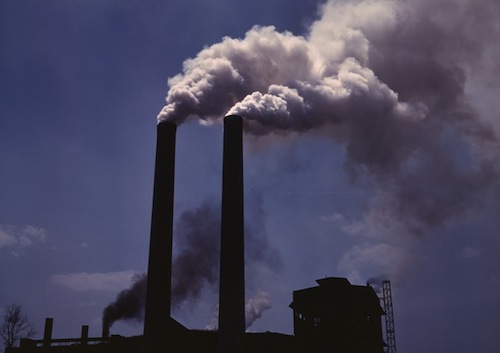 When I think of the words evil corporation Monsanto immediately comes to mind.

In my opinion, Monsanto is the epitome of everything that is wrong with business. I’m sure that I don’t have to go into detail about the destructive force of Monsanto or the other businesses that fall under the evil corporation umbrella. There have been plenty of books and articles written by authors who are much more eloquent and know a lot more about the subject than I do.

The environmental destruction, the crisis of global climate disruption, the growing inequality between the very few who hold the vast majority of wealth and everyone else, poverty, war and health crises are among the consequences of the behavior of people behind the most powerful corporations.

I used to think, like many other people I know, that as an insignificant individual there is nothing I can do about this. I was convinced that this is just the way business is and it filled me with silent despair.

But—I am happy to say—I was wrong!

The assumptions and beliefs I had—and that many people still have—about business are rooted in an old paradigm that is quickly becoming obsolete.

There is an awakening happening, within the business world, that is changing the thoughts behind the role of business within society. More importantly, it is beginning to change the behavior of businesses.

For a long time the conventional wisdom has been that there is a dichotomy between business and working for the greater social and environmental good. Most people think that it is just not practical for businesses to take that on because it is not profitable.

“Actually business profits from solving social problems—that’s where the real profit comes from. … Issue by issue by issue we start to learn that actually there is no trade-off between social progress and economic efficiency in any fundamental sense. … The new thinking on the interface between business and social problems is actually showing that there is a fundamental, deep synergy, particularly if you are not thinking in the very short run. In the very short run you can sometimes fool yourself into thinking that there’s fundamentally opposing goals, but in the long run ultimately we are learning, in field after field, that this is simply not true.” ~ Michael Porter

Porter explains that one of the problems in our thinking about business is the assumption that conducting business and addressing society’s problems are mutually exclusive. He points out that our conventional wisdom involves a belief that businesses actually make a profit by causing a social problem, because addressing or avoiding that problem is too expensive.

Therefore, working for the greater good is traditionally delegated to non-profit organizations and governments.

This is not really working very well because governments and NGOs generally lack the resources to make a large enough difference. The vast majority of the world’s financial and technological resources are held by business because that is where wealth is created.

Porter argues that we should look to business for the solution to the daunting problems we face because business will enable us to tackle challenges such as poverty and environmental degradation at the scale necessary to actually solve them. He notes that this requires us to change our thinking about the nature of business in a fundamental way.

Porter calls this new way of thinking shared value, which he defines as addressing social issues with a business model. He says that the notion of shared value is now beginning to influence how some businesses operate. For Porter, the way in which business can benefit the community it operates in is the largest business opportunity.

Michael Porter is not the only person who believes that businesses should address social issues. This is certainly not an idea that is confined to the ivory tower of academia.

John Mackey, the CEO of Whole Foods and Dr. Rajendera Sisodia, professor of marketing at Bentley University, recently published a book called Conscious Capitalism. In their book they discuss aligning the purpose motive with the profit motive while simultaneously keeping in mind the interests of not only the shareholders but all stakeholders of the business (including the environment).

Perhaps the best examples of this new business paradigm are the growing number of B-Corporations—which stands for Benefit Corporations.

There are currently 1,118 certified B-Corporations in 35 different countries in 121 different industries.

Below is a TED Talk by one of the founders of B-Labs, a non-profit organization that independently evaluates and certifies B-Corporations. The certification enables the public to distinguish between companies that genuinely seek to be of benefit, versus companies that merely engage in clever marketing.

These examples show that there really is a paradigm shift underway in the way business think and relate to their communities and the environment. These trailblazing companies are proving that businesses can benefit society and sustain themselves by being profitable.

The emerging business paradigm shift has turned my silent despair into a renewed youthful enthusiasm and optimism because the companies that are operating under this new model are more successful, stable and prosperous—especially in the long-term.

So even those who are cynical and are still only considering their own financial self-interest could benefit from adopting this new model of business.

In this light, maybe even Monsanto will some day operate as a benefit corporation.

Humanity will one day look back in horror at the devastation the old mentality has caused and we will say: never again! 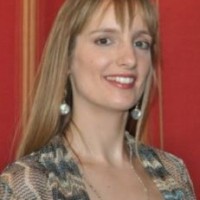