Ending an Engagement Without Losing It. 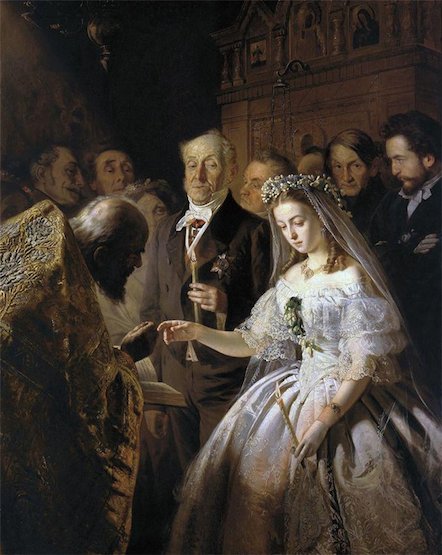 Several years ago, when I was 23, I ended an engagement.

It was a very unusual situation which I have talked about before. Even though I knew beyond doubt it was the right thing to do and I really had no choice but to end it, it nonetheless was painful.

The worst by far was explaining to friends and family why I had ended it. Even those who usually were respectful of boundaries asked the inevitable question, “Why?”

Fast forward nearly a decade later, and a close friend’s daughter decided to cancel her wedding. (In her situation, it was even more awkward considering invitations had already gone out, places had been booked, and deposits had been paid.) While I admired the young woman’s courage and moxie, my immediate thought after thinking, “What a brave thing to do!” was “Oh, wow. What a pain to have to tell everyone.”

While the truth is that none of us have to ever share why we ended an engagement or any other type of long-term partnership, most of us feel that some sort of explanation is in order. People who ask, “Why?” generally aren’t a bunch of rubber-neckers looking to live vicariously in a real-life soap opera; rather, they are people who care for us and just want to be there in some way.

In the case of calling off a wedding, the curiosity as to why it ended may even be greater than ending a marriage if only because statistically speaking, the majority of marriages end of divorce. However, calling off a wedding especially in cases were the plans are well under way is less common or at the very least at least less talked about in our culture.

Therefore, if you find yourself in that boat, here are a few tips that were quite useful to me and friends who have also been there. While there is no denying that these situations are never easy or pain-free, at least they can be manageable or less dramatic than they need be.

1. When in doubt, keep the explanation short and sweet.

Sending out an announcement or simply saying, “[My ex] & I have decided not to marry because we decided it wasn’t best for either of us” is a lot better than getting into the nitty-gritty details. (Of course, if we wish to share the nitty-gritty with trusted friends and family, then that is fine. However, not everyone needs to know.)

It’s usually a good idea to refrain from blaming or painting your ex as the one responsible even if s/he is, especially if you happen to have a lot of mutual friends. Usually, the hardest times are the earliest days. Keep in mind that things will get better.

If plans have already been made such as rental event spaces, flowers, food, etc., then they need to be cancelled. However, it may be the case that neither you or your ex are not the best people to do this, so this is when supportive friends and family who want to do something really come in handy.

Also, if you bought a home, a car, or anything major together then there needs to be a decision made sooner rather later as to how you will proceed. Again, immediately may not be the best time but setting aside a meeting in the future is a must.

3. Don’t allow others to second-guess your decision.

This is major. It’s one thing to have doubts about your decision but another thing entirely for others to have those doubts for us. Often, it’s the people with the best intentions who may say things like, “It’s just cold feet! Everyone has doubts!”, etc.

While the above is often true and many people I have known have shared that they thought about calling off their weddings because of doubts, thinking and doing are two separate things. Usually, there is  a very good reason for actually taking the leap and ending an engagement.

Feeling bullied or pressured to re-think our decisions often doesn’t end well. This leads me to #4.

4. Take the time to reflect and be proud of this big decision.

In a culture where entire industries have been built around weddings and even the most level-headed can be tempted to think that somehow getting married will “solve” any unresolved relationship issues, it takes a lot of guts to call off an engagement.

However, those I know who have done it—including myself—never expressed any regrets. (In the case of my friend’s daughter, she went on to thrive professionally and personally in her new life.) Therefore, it’s important to recognize our bravery and see this not as and end, but the beginning of new possibilities.

While it may be difficult to contemplate in the beginning, it is possible that one day we will be able to look back and if not laugh, then at least view it as a valuable learning experience. I do and frankly, if I can, then so can anyone.