Get some: Sex & Disability.

I recently watched The Sessions for the first time.

If you haven’t seen it, it is a beautiful, sensitively-shot film based on the true story of a man’s experience with a sex surrogate.

More than that, it is about a man who discovers his sexuality later in life. That like everyone else, he is deserving of sexual pleasure, regardless of his severe physical disability or the shame inflicted by the Catholic church.

In my work with young adults with autism and intellectual disabilities, I have encountered sexual behaviours almost every day. It’s sometimes easy to forget that regardless of intellect or the ability to speak, they have sexual desires just like everyone else.

But this is how it is…so how does this population, and their families, learn about healthy sexuality?

The latest Canadian information, from an amazing Toronto Public Health sexual health nurse, is that there are descriptive videos for young people and their parents to watch. Some parents have taught their children how to “finish.”

However, families of young people with special needs often don’t broach this subject for reasons including shame, culture, religion, denial that they have sexual needs, or the belief that “they will never have a partner, so why bother?” so this is yet another challenge for them.

I had a sweet but extraordinarily naive, 19-year-old male college student who had a placement in my class. I tried to explain the frustration our students must face—“imagine being a teenage boy…and a stiff breeze gives you an erection, but you can’t ejaculate. Ever. Because you don’t have the fine motor skills or nobody has taught you.”

On his first day I had him making “penis bingo.” That’s right, a Bingo card full of body parts, so when the class plays, I actually will hold up a card and say: “Penis, (or ‘chest,’ or ‘hands,’ or ‘testicles’)…who has ‘penis’…you do! BINGO!” Impressively, he took this task seriously and did not attempt to flee the classroom of the Crazy Sex (Ed.) Lady.

So, not only do these young people have ongoing frustrations with sensory issues, compulsions, anxiety, coping with change, frustration in not being able to express themselves and understanding others, but they are often unable to find sexual gratification.

Please take a minute and imagine if this was you, fully capable of feeling sexual desires but unable to climax.

Our young people without autism, like Down Syndrome, face different challenges. We have a couple of gorgeous girls who love to dress age-appropriately, with their hair, nails and makeup always done, and they talk about wanting to have (or currently having) a boyfriend, and later, a husband and a baby.

While they are higher-functioning and could have much more independence in the real world than our young people with severe autism, it’s for these girls who I worry the most.

A high percentage of young women with intellectual disabilities are sexually abused by men who take advantage of their sexuality and inability to understand or escape these dangerous situations.

One of these young women sent me a Twitter request. Her photo is unfortunately age-appropriate and involves her wearing a tight, short dress that shows off her curves.

But as I think about what I will discuss with her, I don’t know how different the conversation would be if I was having it with a typically intellectually-developed teenage girl. The needs are the same, even if the mental abilities are not: to be loved, valued, respected and included…yet the predominant need on my mind is her safety. 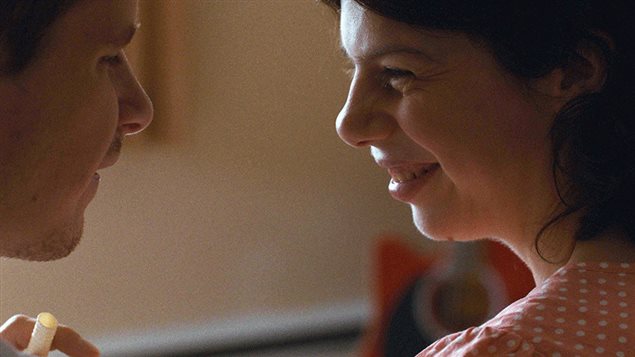 I am so proud and inspired that the taboo of disability and sexuality is finally being more frequently shown in the media.

Last year, I had the privilege of watching an incredible and moving play—Judith Thompson’s Rare. The cast, all of whom had Down Syndrome, co-wrote and performed this work to unflinchingly share their experiences as adults with an intellectual disability.

It is so rare that the voices of people with disabilities are heard, especially about their sexuality, which is often ignored out of fear, shame or ignorance (like assuming that these adults are somehow asexual). This play was not without controversy, of course—this link is to an article questioning whether the participants were the artists or rather the art themselves. 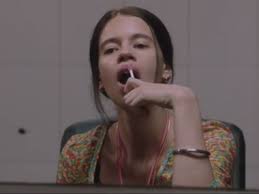 I also highly recommend watching the film Gabrielle, directed by Louise Archambault. I was bowled over by, again, the raw honesty of the actor, who herself has an intellectual disability, and of the unsentimental portrayal of a young woman’s sexual awakening.

Gabrielle got rave reviews at the Toronto International Film Fest in 2013. This year at TIFF, I had the pleasure of watching Margarita, with a Straw, a raw, Indian coming-of-age film about a young woman with Cerebral Palsy.

The fearless director, Shonali Bose, said in the Q&A that she is looking forward to the controversy this film will stir in India—not only because it explores female sexuality, but also disability and queerness. She was inspired by the experiences of her sister, who has severe Cerebral Palsy, and when asked what she wanted for her 40th birthday, she replied: “to have sex!”

These works are boldly going where few have gone before—to dismantle the conception that disability is synonymous with asexuality. I urge you to have a watch—it just might change the way you look at the world.

Images: Used with permission from The Sessions, IMDB 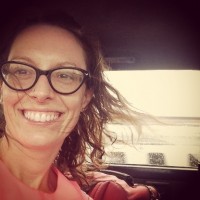