I noticed a grouping of “unlikes” on my Facebook page the other day.

I’m used to groups of “likes”—but not “unlikes.”

But this led me to a larger mental stream of consciousness about our genuine need to be validated, appreciated and admired—as well as our thirst for originality and authenticity, even at the expense of being liked.

The main difference is that the ideas we tout and the behaviors we claim to adhere to are morally more virtuous—but there’s frequently still an air of keeping some self-aspects hush-hush and on the down low while raising others up for all to see (usually quite literally in the forms of Instagram, Twitter and Facebook). 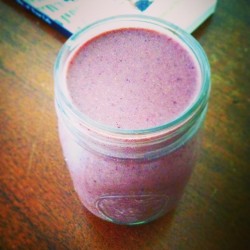 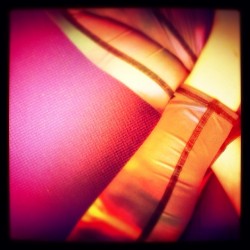 Then, say, this one? 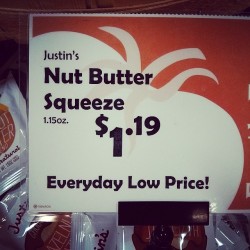 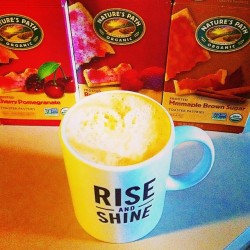 Essentially, we color who we want the world to see, much in the same way that we did as teenagers, only now we’re pridefully wearing mindfully sourced yoga gear rather than flannel grunge. The camouflage has changed but the fact that we’re in costume hasn’t.

And there’s nothing completely wrong with this. We are allowed to shape ourselves into the people we envision ourselves to be. Still, wouldn’t it be nice if these self-constructed walls were less flimsy and destructible? Because, really, most people can see through these shiny veneers, at least if they spend time with us for two minutes in real life. And if they don’t, like is the case on my Facebook author page, then who really gives two hoots if we are “unlikeable?” Well, I do, I guess.

And my Facebook page wasn’t the only one that stood out to me yesterday. I also noticed a share on elephant journal’s main page about a featured Malala article that got virtually no reads in comparison to other pieces, namely ones with naked PETA models in the thumbnail images.

Many readers came to general defense that they felt shamed by the editor commentary that it’s not okay to mainly click on such shallow stories while claiming to be part of a mindful community and rarely reading some of the deeper pieces when they’re shared.

While I can see some merit in this thinking that it’s not okay to blame all readers for this, I can state firmly as a writer that my cuter, “family-friendly” stories are the ones that typically get high view counts and the articles that I’m usually really proud of, because of their honesty and depth, are the ones that I can know ahead of time will not get much attention.

But it’s easy to post Rumi quotes on our Facebook walls while actually hopping over to People.com to read about the latest (nude) celebrity scandal, isn’t it? And where do we begin to take responsibility for who we actually are and the authentic ways in which we actually live, despite how socially “unattractive” this potentially is? Despite how different this is from who we claim to be?

When do we take responsibility for an outer persona that does not match an internal one?

I’ll share from personal experience that this is no way to live—pretending to be someone we are not is not a happy way to live, at least.

Sure I might get “unliked” by some of my readers but many more of them are writing in to me saying that my raw writing is vulnerable and, most importantly, relatable and how strong I must be to be able to share that. My internal response, however, generally remains the same: it takes much less strength to be who I am, to live as myself, to share my “natural” pop tart pictures on Instagram along with my smoothie ones, than it does to live and show off a lie. That’s exhausting.

Isn’t it tiring to put up a front? To wear a mask of lies?

It’s depleting to our personal strengths to cater to being liked.

So, today, I say that we stomp on our masks, we burn our masks,  and we begin to share our deepest, truest selves with the world, even if we feel silly or, perhaps, naked.

I mean, truthfully, it’s not necessarily fun to share that I had a small group “unlike” my FB author page and that it did kind of bother me. But it’s even less fun to walk around carrying heavy-duty armor (because, trust me, that shit is heavy).

And, ultimately, can’t we be both people who read Malala posts and naked PETA model ones too?

I think so. But, simultaneously, let’s not pretend that we’re all walking around drinking green juice all day reading inspirational quotes.

Yet here’s the bigger reality: if we join who we currently are with who we want to be, we might just wind up finding that we’re actually pretty great as is and, also, that our more ideal self becomes significantly more attainable when we stop claiming fake self-qualities and start displaying a few genuine ones. (Hey, that green juice is actually pretty darn good.)

Because we are good enough. We’re also extremely flawed and imperfect. And why, exactly, can’t we be both?

And, honestly, I don’t really care about those “unlikes.” Maybe they saw one too many Justin’s Nut Squeeze pictures in their newsfeeds.

But for every individual who decided they didn’t like my photo shares or who didn’t like why I celebrate being a woman, there were ten others who did; there were ten more who laughed with me or who raised their proud hearts high.

And those “unlikers?” They didn’t bother me—not really.

Because I like to laugh, I like to drink liquefied vegetables and I like me, exactly as I am. And we can’t be liked by everyone. But we can be truly loved by those who know us fully, and accept us, as is.