How the Open Road Heals Me. 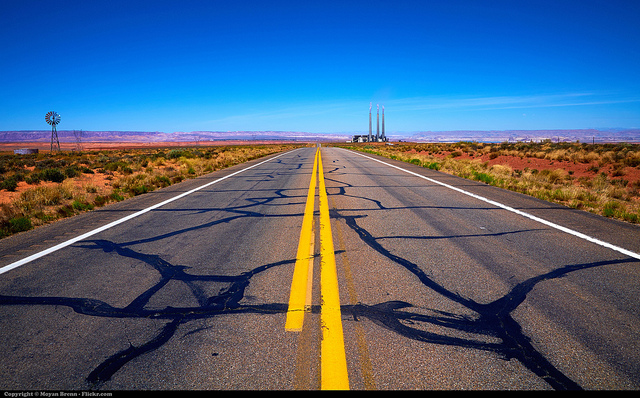 I spent most of last Saturday morning on the road, driving to a memorial service.

A bottle of good wine rolled around in the empty passenger seat, bumping against a box of Dunkin Donuts. Grief, my family taught me, always goes down easier with a little booze and comfort food.

My wipers swatted at the drizzle as I sipped hot coffee and watched the Blue Ridge Mountains rise humbly on the horizon.

Back in Alexandria, my husband would have been putting our son down for a nap. I love to watch my son sleep, to see his fat lashes skimming the top of his fat cheeks. When he sucks his thumb, I feel a vicarious comfort. But there was comfort, too, in the shush of highway traffic and in the privacy of my car.

Some weeks get the better of you: The kid gets sick. You get sick. Deadlines pile up. Bills pile up. You want something, badly, but you don’t get it. You fear that something terrible will happen, and somehow you believe the fear itself is a talisman against that terrible thing, but it is not.

Where do we find the space to organize our thoughts, to gently coax our disappointment or hope back into its tidy, sturdy crate?

As parents, alone time is rare. For parents of young children, showering and using the toilet become communal acts. Even when we sleep, there’s the body knowledge that our kids are near, that someone could need us at any minute. Room and rest are hard to come by.

The 3-hour drive to Southwest Virginia was a gift. I lost a respected mentor and felt an achy sadness in my chest, for myself and for his family, but there was a kind of luxury in being able to invest in that sadness. No toddler vied for my attention, no dog nudged me toward her leash, no email required a speedy response.

For a few hours, I listened to my tires wick water from the road and let my mind wander: imagining what it would be like to live in one of the ramshackle farmhouses dotting the hills; wondering whether I’d packed the right shoes; trying to recall a snippet of our last conversation and, failing to do so, rewriting the conversation in my head, making it memorable. Before I even arrived in Roanoke, I had already begun constructing my own closure.

As a kid, I relished a good family road trip. Usually we just schlepped a few hours to Maryland’s Eastern Shore for summer vacation, but every few years, the five of us crammed ourselves into the Chevy Chevette and made our way into the deep south to visit family. For two days, I’d sweat onto the vinyl seat, loll my head against the window, and daydream. There were no DVD players, no tablets, no smart phones to keep my sisters and me occupied. CDs were still a few years off. I’m not even sure that we had seat belts in the back. What we did have, however, were hours of uninterrupted farmland, staticky radio, and headspace.

The year after my mother died, we drove to Mississippi to celebrate Easter with my grandmother’s sisters. I’d like to say that I spent the hours in the car reminiscing about my mom, and maybe I did, occasionally. Mostly, though, I thought about Prince and about Hall and Oates: Which one would I marry, I wondered. Would they care that I hadn’t pierced my ears yet? Would they like my perm? Would it be a problem that I was nine years old?

My mother had watched Guiding Light religiously. For months, I begged her to let me watch reruns of Popeye, which aired at the same time as her soap, but she never relented. And thus began my own obsession with the show. I’d curl up next to her in the corduroy recliner as Beth Raines pursued a relationship with Lujack, the tough-but-tender leader of the Galahad motorcycle gang. Nestled into the crook of my mom’s arm, I quietly swooned as Lujack cruised the beach on his hog, forming giant, loopy hearts in the sand for Beth. Everything I knew about romance and resurrection after death, I learned from Guiding Light.

So, instead of spending the highway hours between Maryland and Mississippi mourning my mother, I revisited our favorite plot lines. I played out my own soap opera love affair.

I imagined impossible scenarios: Daryl Hall holding my hand and serenading me with “Maneater.” Prince covering my chilly shoulders with his purple leather jacket. And somewhere between Georgia and Alabama, I was racing the surf on the back of Lujack’s motorcycle as my mom watched from the worn comfort of our La-Z-Boy and waved a cheerful goodbye.