One Woman’s Perspective on an American Obsession: Boobs.

“The mammary fixation is the most American of the sex fetishes.” ~ Molly Haskell

A love/hate relationship with my breasts:

Overshadowed by my voluptuously beautiful mother, I spent my teenage years attempting to hide my lack of female attributes in oversize shirts and baggy clothes.

It wasn’t until my chest expanded from a concave A cup to a bountiful C cup in my 20th year, that I fully understood the power my mother wielded with her daring décolletage.

In a matter of months, I gained tremendous sex appeal along with an appreciation of the blatant eroticism linked to my newly developed female form.

At the time, I didn’t realize living up to the American ideal of a “perfect” bust came with a heavy price.

Media perpetuates the myth of the “ideal” female body, a body type naturally possessed by only five percent of American women. I have never been one of those women.

Instead, I am one of the 80 percent who are unhappy with their appearance in a media-driven society.

And, although breast size is just one piece of the equation, it’s an important one.

In the last 15 years, the average bust size for American women has increased from 34B to 36C. Part of this might be explained by the continued popularity of surgical enhancements. According to the American Society for Aesthetic Plastic Surgery (ASAPS), the number of cosmetic procedures performed for women in 2013 has increased over 471 percent from 1997.

Breast augmentation tops the list with 313,327 surgeries performed in 2013.

Researchers at UCLA and California State—Los Angeles studying American’s fascination with breasts have discovered some interesting differences in the ways breasts are perceived by gender. In the study’s sample, the majority of men were satisfied with breasts of any size, especially those attached to the women they are involved with. On the flip side, only 30 percent of women are satisfied with their breasts. The other 70 percent of us are looking for ways to make up for our perceived inadequacies.

Over time, my inability to separate my sexuality from my breasts led to an array of body issues including emotional detachment from my newborn sons and their nutritional needs, shame at the natural changes in my post-pregnancy form, unrealistic expectations linked to reconstructive plastic surgery and the rejection of regular breast examinations.

When I look back at pictures of myself throughout the decades, I can easily detect the link between my self-confidence and my breasts. It’s easy to say self-confidence shouldn’t be linked to something as superficial as body image, but it’s not an easy thing to change.

In the years directly following the development of my late blooming bosom, I found that men and women alike would regularly comment on my breasts. I quickly learned I could use these new assets to get the things I wanted—everything from admission to the hottest club to the acquisition of a new car. After having been called “Olive Oyl” during my teenage years, my newest incarnation as a tall “Betty Boop,” this newly-acquired sexual objectification became a pivotal part of my personae.

The loss of this power came on the heels of an unexpected and unwanted pregnancy. My image of sexual beauty and the realities posed by pregnancy weren’t compatible.

Over the course of my pregnancy, my breasts swelled to a painful G cup. When my twins were born, I succumbed to the societal pressure to breastfeed. This change in the function of my breasts only fueled my depression. After a grueling six weeks, my disgust with my post-pregnancy body finally compelled me to stop.

With nursing out of the way, I cultivated my feminine form with clever undergarments and flattering clothing. Although I no longer felt sexy in the nude, I was able to recapture some of my old self-confidence even though I was still much larger (DD) than I’d been in my “glory days.”

At the same time, it seemed as though all of my female friends were surgically enhancing their breasts. Envious of the perky tits all around me, I sought the counsel of a plastic surgeon for a reduction and a lift. My request was declined due to my “unrealistic expectations.” It wasn’t until nearly a decade later, I finally found a surgeon who consented to the procedure, a surgery that occurred the day after my 41st birthday.

According to the American Society for Aesthetic Plastic Surgery, I was one of the 138,152 women who had a breast reduction in 2010. I wanted to return to my younger years and the pretty lacy bras in a C cup, but my surgeon kept pushing me to a larger size. The morning of the surgery, I gave in and told him to do what he wanted—probably not the smartest move. Six weeks later, I went bra shopping for my newly lifted, mutilated mammaries. I cried in the dressing room when I realized that, even though my breasts were back to being perky, I still wore a DD cup. America’s obsession with big bosoms had finally caught up to me.

It wasn’t until I approached my 45th birthday in August that I finally caved to the pressure of complying with my doctor’s orders to schedule a mammogram. My boyfriend’s concerns for my health and my mother’s family history with breast cancer overcame my objections to the clinical dissection of my perceived sexuality—just barely. And I’m not sure when I will do it again.

Part of this has to do with the recent release of an extensive study by researchers at the University of Toronto, which has cast doubt on the efficacy of mammograms in preventing breast cancer deaths.

The 25 year study showed that the mortality from breast cancer in the group of women who received traditional physical breast exams was similar to the women who received annual mammography. I am glad I have a baseline, but I doubt I’ll be scheduling another mammogram in the near future.

These days I’m more or less ambivalent about the size of my breasts. I appreciate the sensuality they bring into my sex life. I enjoy the confidence that comes with filling out a low cut dress. And I revel in the ardor they evoke in my lover’s appreciation of my body. At the same time, I’m continuing to work on changing long-held perceptions of myself, as seen through a lens focused solely on body image. I don’t always succeed.

A few months ago, my father told me that my 64-year-old mother has a large mass in one of her breasts. Even though her own mother died from breast cancer, she refuses to go to the doctor. The worst part about the whole thing is that I can understand her decision. My mother’s happiest memories reside in the years when she was a bona fide bombshell—a stage actress consistently cast in sexy roles. Her self-worth as a woman is tied up in this tangled and complicated relationship between femininity and sexuality. Sound familiar?

According to the National Breast Cancer Foundation, she is potentially the one in eight women who will be diagnosed with breast cancer at some point in their lives.

Up until recently, I vehemently vowed I would rather die than go through a mastectomy. Now I realize the declaration for what it really is—a selfish statement meant to hide the fear that my worth is intrinsically tied to my body and an inability to realize that my femininity is innate.

I don’t think I’m alone in this.

Even though I cancelled my mammogram twice before relenting, I finally have a baseline medical record of my breast health. Despite my inner conflict, I succumbed to a clinical breast check and I force myself to complete self-checks as well. It’s difficult to step away from the sexual perception of my breasts, but I try. And I take comfort in the realization that I can continue to work on changing the relationship with my body one day at time. 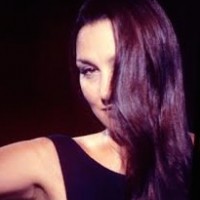