Spiritual Elitism: Don’t Save Me, I’ll Save You. 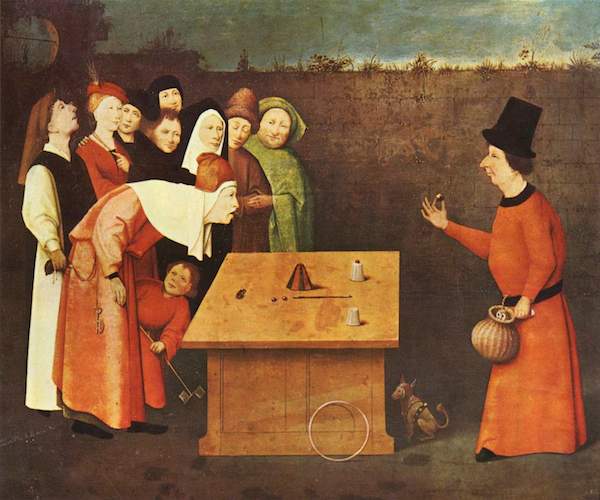 There is a new career whose job it is to save people, the planet, and all other living things. It’s called New Age Spirituality.

Under this guise, we were promised an assignment that would allow us to save unsuspecting people from their apparent ignorant and backward ways.

We were given a new vocabulary that sounded convincing, i.e., light worker, shape shifter, etc., and told that we were needed. We had to spread this word as efficiently and quickly as possible because time was running out.

In order to convert others into realizing they needed us, we created seminars, telecasts, webinars, and a whole lot of books. We needed to convince others that something was wrong with them. They were obviously broken and needed to be fixed. They needed our message to become whole. Or, at the very least, more like us.

How arrogant have we become to believe our way of thinking is in any way shape or form better or more superior to someone else? How far have we truly evolved if we feel that our way is the only way to achieve enlightenment? How conscious are we if we can look at others as needing to be fixed?

There are seven billion human expressions on the planet right now. Not one way is better, more superior, or expansive than the other. It merely is. And to judge creation is to deem your expression in some way superior.

“I have lived with several Zen masters—all of them cats.” ~ Eckhart Tolle

I certainly can’t think that their state is any less awakened than mine. In fact there is much to be learned from the so-called inferior states of consciousness of animals. It is said that everything that you need to know can be learned from a walk in the woods.

Because in nature you will find the acceptance of what is. That incredible state of being unattached to expectation and outcome. Where all is in a perfect state of being, not striving or trying to become anything else. Herein lies the achievement of what all seekers and sufferers are striving for—the freedom and the expansion of the experience that cannot be named.

The Buddha said, “The other is You.” So what could make your experience better or more qualified than someone else? Nothing. The ego will sell you a bill of goods saying that you are different and here to save people. This makes them look smaller while you appear bigger, more experienced or qualified.

“Power over others is weakness disguised as strength.” ~ Eckhart Tolle

This is no different than perpetuating what the patriarchy has done for millennium except under a different disguise. We now call it Spiritual in our society, whereas before they were pilgrimages or inquisitions. At that time, the leading thought system or belief was deemed to be superior and was spread to the unenlightened masses so that they could achieve redemption. Intellectual, religious, or spiritual pride identifies with the egotistic part of the mind that says, “I have the answers,” or, “I know better.”

Unfortunately this creates suffering for it’s all too easy for humans to fall into the trap of believing we need someone or something to make us whole. Because we’ve been taught something’s wrong with us, when all along we’ve had what it takes inside.

We create victims that think they need someone to get across some imaginary threshold. There is no threshold. Just another cleverly marketed product of the human ego that will sell many books yet make millions of people feel desperately inadequate.

Since the beginning of time, all great avatars and teachers have said to look within to find the truth. For the truth of what we really are will set us free. When we feel manipulated, controlled, exploited or guilted into believing that something is wrong with us or that we are not as enlightened or awakened as someone else. This causes fear and condemnation, separating us from each other. Creating an other mentality.

“Thus the half unfolded-flower is not an imperfect flower that needs defense. On the contrary, it’s blossoming is proceeding with precise perfection according to the laws of the universe. Likewise, each and every individual on the planet is unfolding, growing, learning, and reflecting that same perfection.”  ~ David Hawkins

“A miracle is a correction. It does not create, nor really change at all. A miracle merely looks on devastation, and reminds the mind that what it sees is false.” ~ A Course In Miracles (ACIM)

We are already perfection. We do not need to become perfection. All we need to do is to end our attack on our own perfection, which is being projected onto others.

We may think of a miracle as some amazing change. But a miracle changes nothing. It simply takes away a false perception. It removes the veneer of wrong we have laid over the perfection and innocence of ourselves and others. And reveals the unchanging, never-ending perfection that has been there all along.

We are here to share our thoughts our ideas and our words with the world. After all that’s what the worlds been waiting for. Yet the real miracle happens when you see the world differently and shift from seeing it as Broken to Whole.

Only when we see the God in us will we be able to see it in everyone and everything. The world already is God. There is no lack. Everything is perfectly imperfect and does not need to be become something else to be more qualified, unified and exemplified. Neither do you or I.

There was really no need to worry about saving or changing anyone. What’s the best way to serve? By accepting myself I will accept the other, for the other has always been me all along.

As you take each step I will be there reminding you of your magnificence, and I will continue to do so, until you are able to see it in yourself.