When Our Intuition Speaks, this is How we Listen. 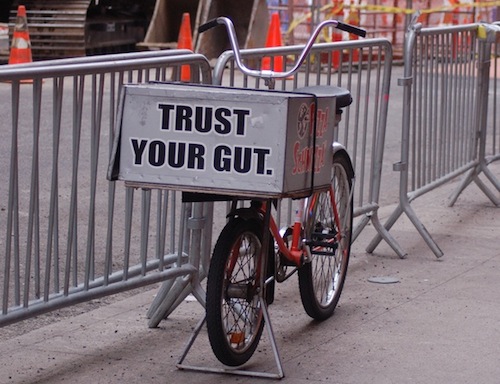 One evening my intuition told me not to go out on a date.

I couldn’t understand why.

The guy seemed nice and we should have had fun together. It turned out to be a disastrous waste of time and I was left only with a bad taste.

When I realized it was indeed a failure, I remembered my gut feeling and asked myself:

“Why didn’t I trust my inner voice?”

Another time, I took a job I felt wasn’t right despite my intuition. Again, it turned out to be a really shitty job.

Whenever my intuition gave me hints and clues, I often ignored them. I started asking myself: “Why do I even bother thinking logically?”

During school I was taught to analyze everything and develop an intellectual mind, but what’s the point of that when it doesn’t do me any good? It is said that logical reasoning is part of the intellect.

Why don’t we all just start listening to our intuition?

What, however, is intuition and where does it come from?

Intuition is pure experimental knowledge or the refined intellect.

We are able to hear our intuition only when we are relaxed and calm within ourselves. Our lives, however, are anything but peaceful—we’re burned out and all the tech gadgets, apps and social media don’t make things easier, actually they are making them worse.

The solution is to learn how to relax deeply. Then the intellect is silenced and the light of inner inspiration and realization dawns.

I highly recommend the practice of yoga nidra. It originates from Tantra.

The practice of yoga nidra consists of withdrawing the mind from the sense objects and thus making the consciousness more receptive to the higher states of the subconscious and the unconscious.

Many, if not all great revelations in science, arts, literature and music originated in the deepest layers of their creator’s mind.

If we get in touch with the highest realms of our minds, the doors of intuition, truth and creativity will suddenly open for us.

However, we can’t have both intellect and intuition at the same time.

If we listen to logic, we shut the door to intuition.

Intuition doesn’t rely on facts, numbers or statistics. It is fluid, omniscient and omnipresent.

That’s why it always turns out to be true. A part of us, very deep inside, knows our destiny and commitments in this world. Case studies in history, for example, show how people like Abraham Lincoln, J.K. Rowling or Eckhart Tolle succeeded even though all odds were against them.

Why? They knew they had a purpose and they followed it because of this little voice inside that told them not to give up and reminded them there was something great coming eventually.

If you think you are the only misfit or loser, you are absolutely wrong! Revenge is a dish served cold and what can be a better revenge on all those who rejected you than your success? Take a look with me into the stories of those famous people. There are lessons to be learned in them.

You have probably heard how Abraham Lincoln failed nine times in various political campaigns, lost his sweetheart and even experienced a nervous breakdown before in 1860 finally making it as president of the United States.

He bore his failures patiently, always remaining detached from their results.

What if he had given up? The majority of people would try two or three times but would never endure nine failures! Why? We are much too attached to the outcomes and concerned with our egos. However, the keys to success are persistence, confidence and listening to our intuition.

That’s how Abraham Lincoln became the best president of the USA.

J.K. Rowling was a poor, single mother meeting ends only with the help of state benefits. Her first book from the Harry Potter series was rejected by 12 publishers back in 1995, the golden era of (traditional) publishing. Despite this fact, she was convinced the book would be liked by many children.

Eventually Bloomsbury, a publishing house in the UK, agreed to publish the book thanks to the daughter of Bloomsbury’s chairman who had been given the first chapter and immediately demanded the next one. Though the publisher gave Rowling a small advance (£1500), they advised her to find a daily job because it was very unlikely for her to earn a living from children books.

Today, Rowling is one of the wealthiest writers with major movie adaptations of her books and millions of copies sold worldwide.

In fact, when somebody in the publishing industry speaks about bestsellers, they use the term “The Harry Potter effect” to describe record sales.

Eckhart Tolle self-published The Power of Now in the late 90’s when there was a big stigma against self-publishing and there were even no Kindles!

Tolle himself suffered from severe depression and quite often had suicidal thoughts. Yet, one day he woke up and, according to him, everything was peaceful, even the London traffic (believe me, the traffic in London is anything but annoying and hectic).

He got nowhere with his self-published book but started talking about it. His friends also helped him spread the word. Eventually, Oprah Winfrey heard of Tolle and invited him on her show. The rest is history.

What if he hadn’t fought his depression and just killed himself? Or that he had never spoken his mind about the book he self-published? Would the world have benefited from such a loss?

Thankfully, there is always a higher force that watches us and occasionally intervenes in our lives. It can be in the form of a mystical experience as in the case of Eckhart Tolle, finding a supporter and loyal fan as with J.K. Rowling or simply being able to endure your own failures (Lincoln).
All those now famous people were back in time just like me and you— nobodies. But they had a drive, an inspiration to share their beliefs, thoughts and ideas with the world. Though they struggled like most of us, they succeeded. How? They listened to the silent inner voice in their minds and hearts that whispered clearly: “Don’t give up! This is what you’re meant to do, it’s your destiny. It’s gonna happen, I know it”. 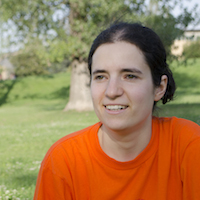