Where my ladies at? 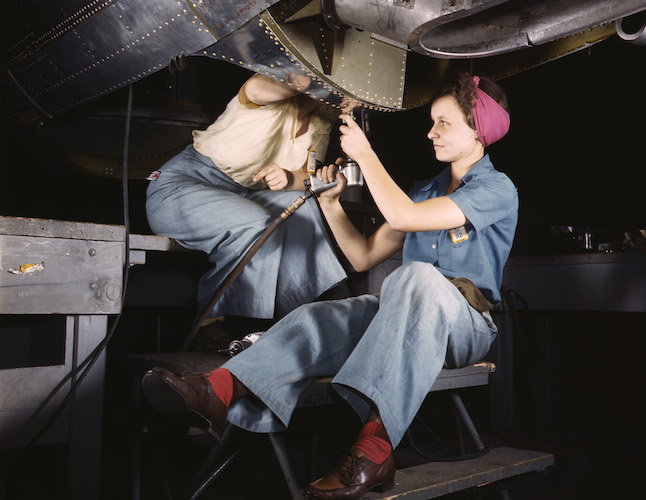 I am sitting on my couch. Tears creeping up, with a pressure in my chest that I have learned, over the years, signifies a passionate, unrelenting pain.

Why is this pain here? Why does this moment hurt?

Yesterday, I was invited to TechStars Demo day, a tech start-up pitch event here in Boulder, Colorado. I attended with my friend Jeanne Eisenhaure, the creator of the website and Bike Stylish movement.

She danced me around the back of the room, introducing me to incredible women whose work resonate deeply with what’s in my heart and the seeds of new collaborations were planted.

We took our seats, invigorated by what would follow, and at the end of three hours and 13 presentations something incredible struck me; not a single person pitching these apps and innovations was female.

In fact, as the pitches progressed and slides of the teams were displayed above the stage, most were male dominated. with only a few exceptions. Noting this, it made me want to run out and build an iPhone application (which is something I have no desire to do), just so I could stand on that stage and be seen.

It made me think of Sheryl Sandberg’s Ted talk about how often women hold themselves back from sitting at the main table, raising their hands and making themselves heard. If you haven’t seen it, please take a look.

I was sitting in the back of the room with all of these amazing women and none of us were on stage. It reminded me of all the male-dominated rooms I have sat in. When I took 3D animation classes in college, I was the only woman in a class of seven.

When I showed up to volunteer at a salvage yard last year and soon got hired on as staff, there were only two other women, one in customer service and the other working the indoor check out. I recently joined an industrial co-working space and again found myself learning to weld from the men around me because there were no females.

What strikes me about all of these experiences is that nothing was blocking me from them. When I inquired about learning graphic design I was rushed into that 3D class. When I asked about volunteering at the salvage yard and said I wanted to work outside, the push back I expected never came. If it isn’t because we aren’t being allowed to…where are all of the other women?

This morning an article came across my feed about Microsoft CEO, Satya Nadella, making some strange comments about women stepping up to ask for compensation: “It’s not really about asking for a raise, but knowing and having faith that the system will give you the right raise,” and “that might be one of the initial ’super powers,’ that quite frankly, women don’t ask for a raise have. It’s good karma. It will come back.”

Nadella quickly rescinded his comment…but the truth of it is still there. We as women are still learning how to show up, to ask for what we want, to do what’s good for us knowing that that’s what is best for the greater good.

Sheryl Sandberg talks about it in her Ted talk. We are dropping out before we even show up. We are harder on ourselves then our male counterparts and we second-guess ourselves more than they do.

Case in point, I have never convincingly asked for more money before taking a job, unless I needed incentive to take the job, a.k.a., I didn’t really want it. At those moments they always gave it to me and its taught me that I should ask—especially when I really want the job.

It’s a lot of work showing up and being seen in these male dominated places. It hurts because it would be easier if I could just do it because I love it, and not have it feel like a revolution sometimes.

Yes, I have had people stop dead in their tracks and take pictures of me driving a forklift as though I were a Pegasus. Yet, Sheryl Sandberg’s words bring tears to my eyes and a swell to my chest because as much as I have shown up in those places I’ve also sat on the outside of the room and not spoken up when I knew I should.

It hurts because when I was 21 and in broadcasting school I gave up the chance to direct an in-studio shoot because I was the “only one who knew how to edit and roll in the commercial packages,” and because when my dad used to force my brother to learn to work on the car I would stand to the side and try to listen, but never get the hands on experience I truly wanted.

It hurts because even six months ago, while working at that salvage yard, I let myself be pushed into working in a cashier’s booth because, “I was really personable, they needed me and it was the only full time position available if I wanted to stay.” The only reason I took a job there in the first place was to show off my forklift certification and do hard labor with my hands, but instead I found myself adapting once again to the take-one-for-the-team mentality.

As much as I have shown up, I wish I had shown up more, said, “no” more, been less compassionate to the cause and served myself more often. I wish I hadn’t waited so long for someone to invite me and instead just told everyone I was on my way. But…it’s okay that I didn’t because now, everyday, I get to wake up and make the choice to raise my hand a little higher, sit at the table and feed what’s in my heart. My hope is that when I show up it gives you the power to know you can show up too. 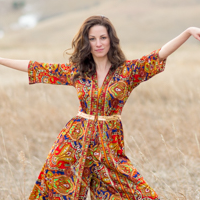