Why Men Pull Away. 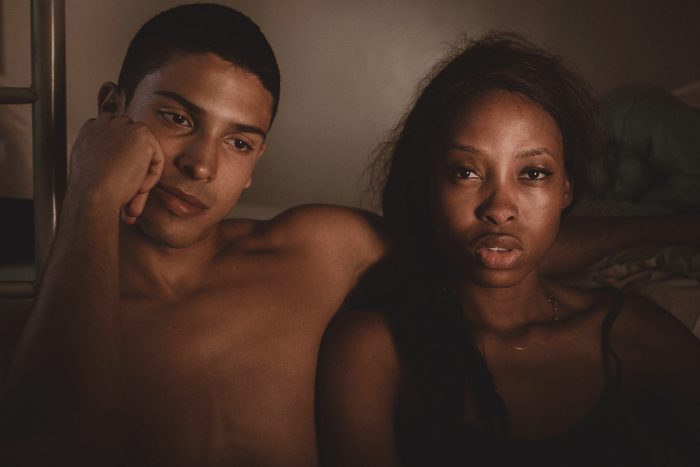 Men aren’t the only ones who pull away—women also do it.

I am focusing on the reason behind men’s withdrawal from relationships.

One of the main reasons men and women fight so much is because we do not understand each other as a species.

We think that because we are both human, we must think the same way as one another. Not true. The male and female brains are wired differently and this is what causes the most confusion.

This leads to hurt, anger and ultimately disagreements and separation.

The relationship can be in the very first throes, a committed partnership, or even marriage; regardless, men will still feel the need to pull away from time to time.

As soon as the shift happens, we feel it instantly. It can be something as simple as a change in behaviour, or they may stop communicating altogether. It as at this stage that us women feel hurt slightly and feel the need to move closer toward the male. We may even chase them determined to find out what the problem is.

The more we worry and fuss over him, the more likely he is to withdraw further.

At this stage, the best thing to do is to stay neutral, not moving too close and neither too far from him. This period is often described as a the male needing to retreat to his cave, somewhere where he feels safe to filter through everything that’s on his mind.

Basically, he just needs a time out from everything.

This doesn’t mean that he’s stopped thinking of you, loving you or that he wants to break up. Generally, he just wants his alone time to figure where he’s at in life.

The biggest mistake women make here wanting to follow their man and reassure themselves that all is well.

Sometimes, we may want to continue the disagreement or conversation thinking we can huddle in the cave next to him.

When a guy has retreated the most important thing he craves is a little space. By not allowing him that time alone he will very quickly feel suffocated and will crawl even further into his cave. Now the danger is that he will start to feel overwhelmed, unable to think straight and the chance of resolve is now much lower.

Here, is where the secret lies.

Quite simply, allow him to retreat, safely.

There should be no forcing him out by drama, blackmail, or game playing. The most loving thing you can do is to simply allow.

We all deal with things differently and although it can hurt to leave him there, he is most likely going through the same internal conflicts, just in a slightly different way.

If the relationship is in the very early stages, after one or two dates, it may be better to do nothing at this stage.

Constantly calling and texting might only push him further away. If it is a more serious relationship, then simply letting him know that you are there waiting when he is ready to talk again can be enough for him. Some men may even allow you in, but very gently.

The process is likened to a rubber band.

This theory is not for men alone, women also retreat regularly.

However, when a female retreats it is likely because she is hurt, angry, or feels betrayed.

Women often pull away because there is something wrong within their relationship, whereas men will pull away just because they need to constantly adjust to the direction they are heading. Because women pull away when there is a problem, they automatically think the same must be said for men, when it is likely just the male’s need for a little space.

There is scientific evidence to back up this theory, as we couple we release a hormone called Oxytocin.

Oxytocin decreases females stress levels but it lowers testosterone in males which causes them to experience higher stress levels.

Due to this imbalance, too much bonding too soon can cause a man to feel slightly uncomfortable, as he constantly adjusts to his new setting. As the male withdraws, his testosterone raises and so he feels more balanced and is then likely to return happier than before.

Simply, men are more likely to need a little more space and freedom than females within their relationship.

When we allow our partners to enjoy being themselves and understand they need a safe space to do this, we have a far greater chance of a balanced, successful relationship.

Ideally, there should be no control, jealousy, or insecurity on either part. As soon as any of these things come into play, resentment can build up and this will cause one or both partners to start to withdraw.

We all need to feel secure that we can be who we want to be, without being forced to behave in a manner that doesn’t feel natural.

Appreciate ourselves, know that we are worthy, enjoy our own company and that of others and know that if the relationship is healthy and feels good for both parties, we will both naturally distance ourselves and pull back together regularly in order to provide the right balance to grow together.

If the other partner fails to bounce back, sadly this is just part of life, we just have to accept their decision and know that we deserve happiness. Maybe this particular relationship was just not right for us at this time, for whatever reason.

Chasing after something that just wasn’t meant to be is one of the most soul-destroying things we can to do ourselves. Instead of focusing on the negative, we must instead try to love—love ourselves a little more than before.

“Happiness is like a butterfly; the more you chase it, the more it will elude you, but if you turn your attention to other things, it will come and sit softly on your shoulder.” ~ Henry David Thoreau

A Call to the Sacred Masculine: Ten Daring Invitations from the Divine Feminine.

Bonus! How to enjoy being lonely: