The Range of Emotions Inspired By a Child’s Birthday. 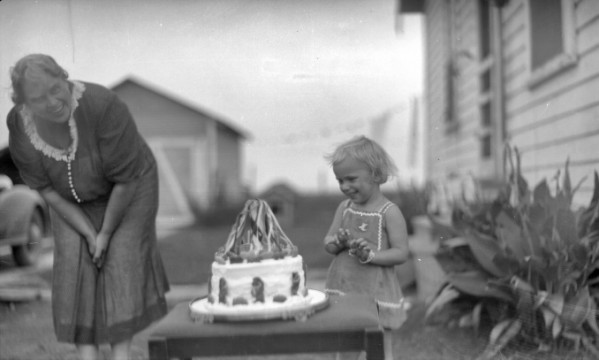 Friday was two days after my daughter Opal’s fifth birthday.

We went to Sunflower Farms with my parents who were visiting from Ohio. My husband, Jesse, played hooky and the five of us packed into one car to head towards Longmont, then just up a dirt road off the main drag. The farm is all things glorious about autumn, childhood, nature, life. There are goats to feed, haystacks to climb on, and ponies to ride.

(Opal rode an enormous mare named ‘Belle,’ and loomed down over me as I walked along next to her.)

Massive wild turkeys roam free, like inflated bouncers pacing a late-night dance club, all attitude. Chickens and roosters run about in a manic frenzy before digging themselves into a hole for a sudden, urgent rest. The sky was so vast and so blue, it felt like we were all at the bottom of an empty ocean.

Afterwards, we had ample time to rest before Opal’s official birthday fiesta that evening. During that stretch of afternoon, the winds shifted utterly for Opal, as the moods of preschoolers often do. She must have been consumed by Overwhelm, a train that needed to slow down, drastically.

Opal is still too young to say, “Mother, I could really use a little down time to recover and rest up for the party tonight.” (Really, how many adults are able to gently ease into a break before rest is a necessity?) So instead, she went after me like a clumsy samurai.

I transformed from a jolly, playground-tired mama to a veiny-eyed bag of exhaustion who wanted nothing more than to flee from my child.

(Either that or dig a hole in the dirt like the chickens and rest.)

I’m not exactly sure which correction or suggestion upset her so much, led her to the other side of such a dark place. She was in a state of something much worse than lashing out—which would have resulted in a clean-cut Time Out.

She was thick in the muck of Self-Pity. Please forgive me mother! I’m a horrible person! I’ll do better next time! You don’t love me anymore, do you?

My mistake was to take this literally. To try and console her and snuggle her and give her affection. (Reminiscent of the nights when she was a crying baby and I’d go in and pick her up only to find that it made her cry more.) I told her I loved her, that I was there for when she wanted to come down the hall and get a hug. Did she want to read a book with me on the couch?

The fact that my own insides were disintegrating in the meantime was a sure sign that this was not the best tactic.

It took me longer than I’m comfortable admitting—as in, hours—before I realized that nothing I did was going to solve this situation aside from giving it space. I was finally able to throw in the proverbial towel and put Opal in front of a Sophia the First (Thank you, Disney.).

Then I poured myself a whiskey on the rocks—the good stuff—as an attempted fast-track to relaxation.

This, of course, didn’t work. I was barely halfway through my glass, when the headache came on stronger, more dense.

A Good thing: Opal’s friends are so wonderful, and their parents are equally as wonderful and my family is pretty dang wonderful, too. Therefore, all the discomfort kind of dissolved in the collection of wonderfulness. The kids played and ate and sang and all was well in the world of kid-parties. One of my oldest and dearest friends—as in, he was eighteen when I was sixteen and he bought me cigarettes with my parents’ BP card—came with his six-year-old son, Sage. More than once, we exchanged a glance that said When did we get all growed up?

I put Opal to bed when we got home and could barely peel myself from lying next to her, long after she fell asleep. I coerced myself into getting up with the understanding that I’d only have to walk the distance to my own bed and then I could go back to Blessed Horizontal. I peeked out in the living room to find Mom and Jesse drinking Moscow Mules from the copper mugs. Typically my favorite, a family tradition.

And that’s just what I did.

In the gap between exhaustion and sleep, I lay there thinking about my parents. It occurred to me that they never once skimped on my birthday when I was a child. We’d have a family party and a school-friend party and a neighbor-friend party and a campground party. I remember a cake my mom would make with a Barbie in the middle, the cake-part as her half-orb ball gown and her dolly torso jetting out of the center like a teeny Marilyn Monroe.

It also occurred to me that they must have experienced every nuance of post-birthday exhaustion that I was feeling. The preparation, the gift buying and giving, the late-evening cupcake making on three occasions, the active creation of good kid memories. It takes a toll.

During Opal’s party, the grandparents (Jesse’s parents, too) stood alongside the gated play area, a safe distance away, which is the right place for them to be. They are further ahead than we are, reaping some of the fruits of being a long-time parent, which is, undoubtedly, to be grandparents. Meanwhile, Jesse and I were in it, climbing through mazes and herding small masses, mediating as we went, breaking a sweat literally and figuratively. This was the right place for us to be, as parents.

I couldn’t help but wonder if my parents felt the same relief I do after a baffling spell of parenting—that moment when I catch a glimpse of certain, comforting, parent-friends. The ones who are loving and warm, capable of offering a glance or a hug that works like a Sherpa blanket on cold shoulders.

There you are. Thank god. We are all in this together now.

As different as my mom and dad and I are, the fact is we will always have one undeniable thing in common: the path of parenting.