The Real Reason we Dig ourselves into Holes. 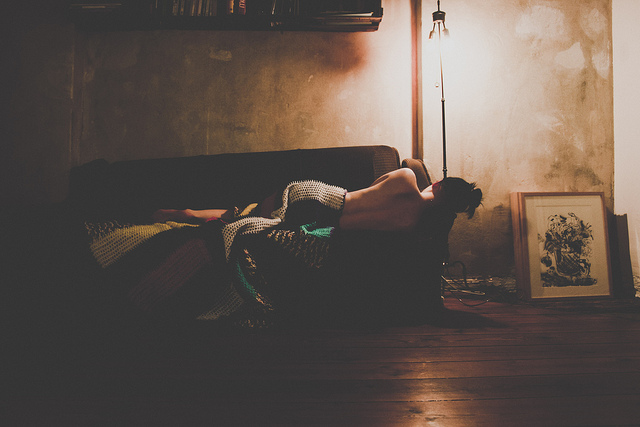 Deep, dirty holes where I can be, alone, afraid, absent.

Most of the time, it’s the result of too much interaction, too much energy given. It’s like I need to recharge, reassess what I’ve learned since the last time. But then, it can lengthen from a day into a week, a week into weeks.

And suddenly, I realize I’m so far down in a hole that I can’t climb out.

This time, it lasted longer than it has ever lasted before, and it came in waves of distractions. Eating, staying home, hours of movie-watching, more eating, closing all the windows and doors, the sharp anger that clung to me anytime anyone interrupted this suspended cave of mine.

Last night, my mother asked me what was wrong, and instead of spitting out the same answer of “I don’t know” that I’d been giving her for the last month, the words came tumbling out of me without my permission.

I don’t feel safe in my body.

I had no idea.

I’ve been reading this book about yoga and trauma, and when I started the book, I was surprised when the first chapter applied so directly to me. I knew what it was talking about. I knew what it felt like—the betrayal, the fear.

I didn’t know how it happened physically, but when the book explained it, I understood.

I read that when a trauma occurs, and the body can’t carry out its initial fight-or-flight response, the brain remembers. And then, later, after it has happened, all the brain can remember is that the body betrayed it in a time of need. This leads to the mind and body being disconnected from one another, and yoga is one of the things that helps to repair that connection.

I’ve never been through a trauma, I thought. A trauma is serious, a trauma is life-changing. But then I thought more, past what I thought traumas should be into what they might be, for me.

Almost a year ago, my grandmother had a sort-of heart attack in the bathtub, and my aunt found her there, dead. Even though she was the grandmother I didn’t see very often, even though I had pushed her away since age 11 because I hardly saw my father so why would I see my father’s mother, I still knew she had loved me.

Soon after that, I slid my car into a guardrail in the snow. The car was hardly dented and I didn’t call it an actual “accident,” because I drove away from it without injury—but still, it threatened my sense of safety. It scared me.

But these weren’t traumas, right? They just were events. And they’d happened so long ago. I should be over them by now.

Three months ago, I graduated from my Graduate writing school and my yoga teaching program, packed my life into two bags and moved to Thailand with my mother. This was a good thing, though, not a trauma—more like a transition.

I never knew if I was in the right place because most of the time, I couldn’t speak the language well enough to explain where I needed to go. I dried my clothes on the roof instead of in a dryer, and with that came weather watching because if it started to rain, I had to run up six flights of stairs and tear everything down before they got wetter. My kitchen was outside because ants were everywhere. I used water instead of toilet paper. I slept on the floor.

I couldn’t flee; I wouldn’t. Transitions should be hard, right? I’d just finished school, left my family and my friends. Of course it was going to be hard.

None of this helped. I still wanted to run.

And there I stayed until about yesterday, when I realized the reason I was in this hole, the reason it was so hard for me to face myself, wasn’t because of my grandmother’s death or my car accident.

It was because I didn’t feel safe in my body.

It was because in doing this wonderful, serious, life-changing thing, in moving halfway across the world, in dropping America and picking up Thailand, in changing everything without being able to fight or run, I had betrayed my body.

This morning, I did sun salutations on the roof of my building. The wind feels the best there; it curls around the back of my neck when I look up. Now, I sit here, facing the afternoon sky. It just started to rain, and the invisible patter is making the leaves of the coconut tree dance outside my window.

My body is becoming more familiar to me with each moment, and while the process is slow, it is constant.

And I see no need to rush it. 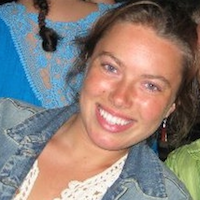