Thoughts are Not a Problem. Not really. They’re fine. Sort of. 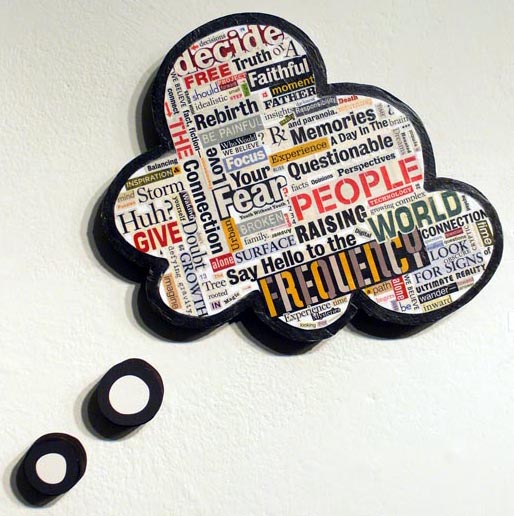 I had a conversation recently with one of my “clients”—people with whom I have conversations that matter, which seem to benefit them so much they kindly offer me money in exchange for the value they receive from our conversations.

I gratefully accept. I believe this is called, conventionally speaking, making a living.

In this recent conversation, my conversation partner told me she was having an existential crisis.

“Where did you get that idea?”

“Where does your existential crisis go when you aren’t noticing it, like when you’re sleeping or having an orgasm?”

“How can you be sure that’s true?”

These are the kinds of questions I often ask. Not to be a smart aleck, but in a sincere effort to understand.

I don’t understand people easily. Not in real life. Not in television or in the movies. I need to ask clarifying questions. Of course, that’s not often possible in real life situations (for a variety of reasons) and it’s not feasible to ask my questions to the people in the television or movies.

My opinion of this phenomenon is that people—not all, but, like 99.9 percent of them—don’t know what they’re saying.

They don’t know what they mean. Their minds move, their mouths open and sounds come out. Sounds that sometimes sound like words, but often sound like growls and grunts and hisses and burps and, well, their words are a rainforest of sounds. Would you understand a person speaking in rainforest sounds? No. You’d have to ask questions. I rest my case.

In 30 years of asking questions to all kinds of people, not a one has remained constant with what they initially said was real and true. Not one. I just asked questions.

My conversation partner elaborated upon her existential crisis, as she responded to my questions and comments. My part in the conversation, almost two hours long, was primarily asking questions, and listening carefully to the answers.

It is more important that I lead them to answer their own questions, to solve their own dilemmas, to access their own wisdom and to express their own power. My opinions are far less important, though I am not immune to loving, even cherishing my own opinions! But I’ve learned to hold those close to my vest, as if I were playing a high-stakes card game. I may offer one or two of my opinions, but I prefer to ask questions and listen.

It turns out that she didn’t actually have an existential crisis; she only thought she did.

I’m sure you’ve noticed that we often mistake our thoughts for something more real than thoughts. I think I’m having an existential crisis is different than actually having one. Just because the president of Turkey, Recep Tayyip Erdoğan, recently thought and said that women are inferior to men does not mean that women are inferior to men. Except, of course, in the president’s brain.

Unfortunately, his brain is connected to his mouth.

Had I been present when the president of Turkey spoke aloud his thoughts, I would have questioned him at length. I doubt I would have turned his mind in another direction, but I would sure as hell have shown any intelligent person within earshot that what Mr. Erdoğan said was just a peek into his hallucinatory inner world.

The thing is, a lot of people think that what he said is real. I don’t mean to pick on the poor man, who happens to be president of Turkey. Here in the U.S. we have plenty of hallucinating politicians who are likewise speaking utter nonsense. But owing to their political and social status, their nonsense often determines and defines reality. At least, they drive narratives. Then, the rest of us have to engage in hallucinatory nonsense as if it had some merit.

As I told my conversation partner, who realized on her own that she only thought she had an existential crisis, thoughts are fine.

Yes, thoughts are fine. No big deal. Not really.

All that meditating, chanting, chasing emptiness, marrying mindfulness, studying strategies. Not necessary. Waste of time. Thoughts are fine. All thoughts. Any thoughts. Even no thoughts. No need to fuss about them. Let them be.

With one or two teeny tiny caveats, like: don’t let them define who you are or who you aren’t, determine your experience, limit your actions, suppress your authentic self-expression, collapse your creativity, injure your imagination, incite you to do stupid things or make you believe in religion.

Well, maybe there are a few more caveats.

Like don’t believe your beliefs, which are just gangs of thoughts roaming through the streets of your brain creating all kinds of mischief. Never mind that you can justify your beliefs by quoting religious texts or traditions, or that you can defend your beliefs with vehemence.

If you ask my sister Sandra, who lives next door to me here in Los Angeles, she will tell you that I sometimes think and say to her that I am the emperor of the world. I have even thought and said once or twice that I am the creator of the universe. The only reason she doesn’t have me committed or arrested is she knows I’m playing. I’m just a 64-year-old kid, playing. I don’t believe what I think and I don’t believe my beliefs. I’m just playing.

I live outside my thoughtstream, the flow of thoughts and accompanying emotions that normally define and determine who we are and what is real. I call that place silence.

This is the opinion I did share with my conversation partner: consider moving from the thoughtstream to silence. Don’t just visit. Pack up all your shit and move there. Settle in. From the porch of silence, we can see that thoughts and beliefs are not accurate indicators of reality. But we don’t have to go to war with our thoughts, or change them or suppress them. I suppose we could learn to witness them, to watch them, without having them determine and define who we are and what is real.

Living in silence makes this automatic. Silence is then our default place of experiencing and perceiving and expressing. From this place, thoughts are fine; no big deal, not really.

If the president of Turkey would move to silence, he would know that what he thought and said was just a hallucinatory remnant of someone else’s hallucination. The only evidence he could give to support his claim was more thoughts and more beliefs. With a touch of religion thrown in.

But religious text are merely the thoughts and opinions of people who lived a long time ago. We can’t question them. I doubt the authors of religious texts were saying anything more real, more factual, than their thoughts and beliefs, their opinions.

Now, that is my opinion, for sure. I know it. I won’t try to convince you. I won’t argue that I’m right. I won’t defend it. It’s just an opinion. I might have another one, a different one, tomorrow.

I also hold the opinion that, with skillful questioning from silence, almost anyone—that is, everyone—could see, would see, that their thoughts and beliefs are not real, just opinions. Notice I said the questioning has to come from silence. Otherwise, we just have thought- and belief-based arguments.

Go ahead and think what you want.

There, you will find sufficient evidence. No thoughts or beliefs about it are necessary.