A Lesson in Revealing our Worst Features. 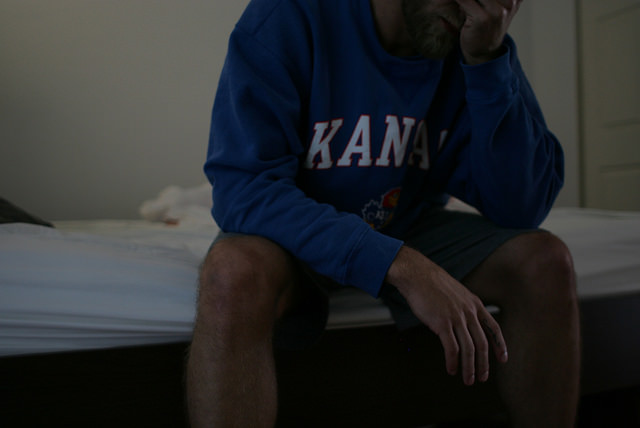 On a sunny Saturday in Santa Cruz, California many years ago, I experienced one of the most instructive disappointments of my life.

I had signed up for a workshop with a mystical teacher—a teacher who was hardly known outside a certain circle, but respected enough within it to draw 50 people to a daylong event.

At the time I was hardly living a spiritual life. Having given up on becoming an investigative reporter a few years earlier, I was working for myself as a freelance graphic designer and occasionally published writer, dreaming of the day I would have saved enough money to write full-time.

My work life was halfway satisfying, my love life seemed more or less okay and I didn’t have the slightest idea of what my purpose on this earth might be. I felt that I’d always had a spiritual side, but the center of my life was unhappily wrapped up with self-preservation and a sardonic suspicion of the world at large.

While I kept telling myself and a few friends that I was going to the workshop purely on a lark, I was privately imagining a far more dramatic purpose.

Somehow I expected the teacher to see through me, to single me out and expose my failings, hypocrisies and half-heartedness before the world—or at least in front of the workshop participants—and then deliver some kind of spiritual shock that would finally get my life going in the right direction.

I anticipated that the experience would be difficult, perhaps even humiliating, but worth it in the long run. In short, I expected to get all shook up. Something deep within was telling me that it was about time.

From the moment that I arrived and began walking toward the registration table for the workshop, I was already made to feel uncomfortable—but not in the way I expected.

People I had never met greeted me like a long-lost friend, and I immediately sensed an agenda of drawing people into the teacher’s school. In fact most of the workshop attendees seemed to know each other already and thus any newcomers received special attention; we were told enthusiastically of the wonderful experiences that lay just minutes ahead.

Already I felt singled out, but only as the recipient of a sales pitch.

Things got steadily worse once the program started. The teacher didn’t even show for the first couple of hours, while a variety of veteran students stood before the group and testified to the saving graces of the path they had been following under their teacher’s wise direction.

Marriages had been saved, money had come at just the right time, outright miracles of healing had occurred; all the stuff one might expect at an old-style revival meeting. I began to wonder if my few years as an investigative reporter had been too many, because I felt more cynical than ever. It seemed that I was surrounded by deluded, unthinking sycophants wearing insincere smiles, and by mid-morning the day ahead was looking dismally long. I was decidedly not on the way to a spiritual breakthrough.

When the teacher finally appeared just before lunch, I felt embarrassed for him and increasingly angry about what I was witnessing. Unless my eyes deceived me, the teacher was six sheets to the wind, slurring his words and rambling incoherently about themes from his books that I already knew well enough. He had written about overcoming alcoholism through his spiritual discipline, but it looked pretty clear to me that he was relapsing.

What was even more disturbing was that no one besides myself seemed to notice; people were nodding their heads and voicing expressions of amazement at every nonsensical pearl that dropped from the teacher’s mouth. I felt like I was in the middle of an “Emperor’s New Clothes” parade for the esoteric set.

After the teacher’s initial presentation I sat alone at lunch, morosely chewing through the vegetarian lunch I’d paid for while refusing several chirpy offers of companionship from the already initiated (or brainwashed?) members of the school. I considered escaping right then and there, but a morbid curiosity and a determination to wring some value out of the workshop fee kept me in place.

To make a long afternoon short, I came to regret that decision.

By the time the workshop ended with a cloying, hand-holding, singing-in-a-circle session about six in the evening, I was utterly furious. I pounded on the dashboard for the two-hour drive home, alternately laughing and cursing about what a ludicrous waste of time the day had been.

At the time, I failed to notice how disproportionate my anger was. Nor did I think it odd that I remained angry about the workshop for several months afterward, bad-mouthing the experience, the teacher and his tradition every chance I got.

One day when I was reprising the bitter experience in my mind once again, I had a stunning realization: I was all shook up! The workshop had delivered a tremendous shock to me after all, but only because my expectations for it had been so thoroughly defeated.

Instead of publicly exposing me, the teacher had inadvertently revealed all my worst aspects—an insecure superiority, presumptuousness and a self-reinforcing alienation—to myself.

And now, months later, I finally grasped the lesson that would redirect my life from that point forward: Do not expect others to do your spiritual work for you.

My bitterness over the whole experience abruptly dissolved into laughter.

As revelatory as this experience proved, it would have an even more surprising postscript. About a year after the Santa Cruz debacle, the same teacher passed through my hometown of Berkeley for another daylong workshop. I signed up again, this time expecting nothing from the teacher but nonetheless feeling a peculiar gratitude for the unexpected lesson I had learned from him.

This time, the workshop proved to be one of the most enjoyable and instructive experiences of my life. The teacher appeared sober, calm, and clear-eyed, conveying a number of useful insights throughout a well-planned program. There was no coterie of slavish followers and not a trace of the hypocrisy that had seemed so evident a year before. I kept wondering: Has the teacher changed, or have I?