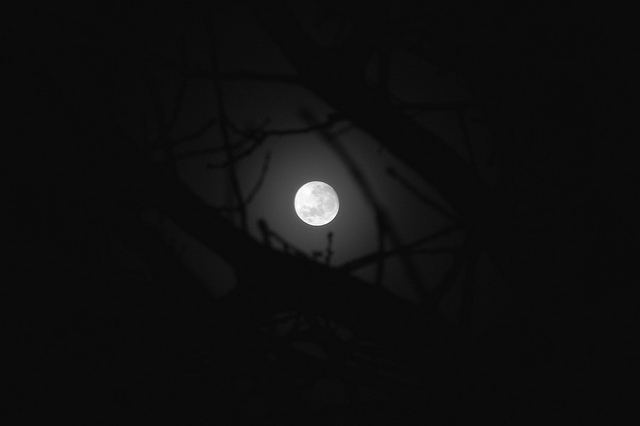 The legend of the full moon has existed for centuries.

We have all heard the myths, humans turn crazy transforming into vampires and werewolves possessed with evil spirit.

We often say,” It must be a full moon” to explain weird and wonderful happenings. Unfortunately though, there have been very few studies carried out that either prove or disprove effectively that the moon has any direct link to our behaviour.

“The moon had been observing the earth close-up longer than anyone. It must have witnessed all of the phenomena occurring—and all of the acts carried out—on this earth. But the moon remained silent; it told no stories. All it did was embrace the heavy past with a cool, measured detachment. On the moon there was neither air nor wind. Its vacuum was perfect for preserving memories unscathed. No one could unlock the heart of the moon. Aomame raised her glass to the moon and asked, “Have you gone to bed with someone in your arms lately?”
The moon did not answer.
“Do you have any friends?” she asked.
The moon did not answer.
“Don’t you get tired of always playing it cool?”
The moon did not answer.”
~ Haruki Murakami

I find this rather hard to believe, as every month, I sense when it is a full moon before I know the date of it or spot it in the sky.

The main change I notice is that I sleep badly during a full moon. Even if I use black out curtains, my sleep is still poor. It can often take me until 4:00 am before I finally drop to sleep.

The sleep deprivation has a direct effect on the instability of my mood. However, before I even suffer from too little sleep I already feeling different. I feel slightly more erratic than normal, restless and have high anxiety—I struggle through these days and wonder if it is just me.

Surely I can’t be the only one suffering like this and if I’m not, why have more full moon studies not proven the point?

Sometimes, before I have become aware of the moon’s stages, my partner will notice the subtle changes in me, jokingly questioning “is it a full moon?”as my irrational and argumentative side peeks through. If I’m not heading for an argument, I’m irritable and emotional.

The strange thing is, I love the moon. I could stare at it for hours, lie outside in the middle of nowhere and feel entirely safe as though it is looking down on me protectively. It gives me the deepest feeling of calm, yet, also seems to cause me a great deal of destruction.

If the moon can powerfully affect the tide, well surely it could have considerable effects on humans too—we consist of approximately 80% water.

Although there is very little factual information available, which connects human or animal behaviour with the moon, there are a few studies and beliefs that can be considered.

The words lunacy and lunatic derive from the Latin word lunar as for centuries human behaviour has been linked to the cycle of the moon.

The philosopher Aristotle argued, that bi-polar was induced by the moon as individuals were affected due to sleep deprivation on the lighter nights of a full moon. He also believed that as the brain was the moistest part of the body it was more susceptible to the changes.

In 2007 several police departments employed extra staff purely to sufficiently cope with the potential rise in crime that reportedly happens on a full moon.

Many wild animals that are seen as easy prey are less likely to wander on a full moon as they are at a greater risk of being caught by predators on the lighter nights. Californian Grunion fish have an unusual mating practice in sequence with the waxing and waning of the moon. They lay their eggs on four consecutive nights beginning on the first day of the full moon.

James Rotton of Florida International University and Ivan Kelly of Saskatchewan University reviewed 37 studies on links between the phase of the moon and human behaviour. They found a rise in hospital admissions, psychiatric disturbances, traffic accidents, crisis calls, homicides and other criminal offenses on the full moon night each month.

A study reported in the 2007 Journal of the American Veterinary Medical Association found that veterinary admissions were up to 23% higher for cats and 28% higher for dogs on or near a full moon. The participants also reported feeling much more tired than usual around this period.

It is highly recommended that Ashatanga Yoga not be practiced on a full moon. Both full and new moon days are considered rest days, due to the belief that we would not be as grounded as normal because of the effects the moon on us during these days.

Although there are not many definitive findings to date, it is my personal belief that the moon does have a direct influence on our behaviour.

Maybe the next time you’re unable to sleep or find you are feeling a little out of sorts or emotional, pull back the curtains and ask the moon. Is she the cause? I’m pretty sure you’ll find the answer as you notice her there shining brightly enough to grab your attention.

Appreciate her beauty, admire her strength and pay respect for how she moves oceans. Think for a moment, maybe she’s just lonely and wanting just a few moments of our time.

And for those who think we’re crazy for howling to the moon, we’ll tell them, she called, shook us and we answered.

And we can just be grateful that we were the ones lucky enough that she chose to touch.

“The moon is a loyal companion.
It never leaves. It’s always there, watching, steadfast, knowing us in our light and dark moments, changing forever just as we do. Every day it’s a different version of itself. Sometimes weak and wan, sometimes strong and full of light. The moon understands what it means to be human.
Uncertain. Alone. Cratered by imperfections.”
~ Tahereh Mafi