“When I was with them I was moved by the strange synchronicities that occurred… But perhaps more than anything else, with the Sng’oi I basked in a kind of unconditional love that is rare in Western societies and in societies that have become westernized. I recognized that I had hidden this reality deep inside myself. I had always known that the world and I were inseparably one, but had suppressed this knowing, buried it under words and theories. My friends the Sng’oi, and all others of these stories, helped me regain the reality of being part of All-That-Is.” ~ Original Wisdom, by Robert Wolff

While scientific advancements continue at break-neck speed, our generation will bear witness to a great tragedy: The inevitable elimination of “wild” peoples, indigenous tribes living free from the contamination of outside influences.

With each tribe and people that becomes absorbed into the inexorable magma of the modern world, humanity becomes poorer. We lose traditions, philosophies and wisdom.

The depth and diversity of the accumulated wisdom and traditions of all the tribes and peoples of human history can hardly be imagined. What rich tapestry could be weaved from the multiple worldviews and levels of consciousness that flourished when humans existed in little pockets of isolated tribes, free from the conditioning of hegemonic civilizations, cultures and religions.

The subject of synchronicity is a fascinating one for highlighting how our two different worldviews approach the same topic: Modern science versus Indigenous wisdom.

Synchronicity is a term coined by the Swiss psychiatrist Carl Jung to describe the occurrence of two events that have no causal relationship yet appear related. Jung found that these synchronous events happened far too frequently to be coincidences, and the more one believed in the power they held over such events, the more they occurred. The belief in universal Oneness, combined with a life congruent with this level of consciousness, results in more synchronicity.

Until relatively recently in the Western world, this discussion would not have taken place in the bastions of mainstream academia or education. While Buddhism and Hinduism and other Eastern philosophies accept the Oneness of the universe, the connection of everything and therefore the notion that everything affects everything else, the western, reductionist view, until quite recently, was that if you can’t see the connection, there isn’t one.

Around 50 years ago scientific understanding of synchronicity began to develop. In 1964 John Stewart Bell, proposed in his famous Bell’s Theorem that everything in the universe is connected as an indivisible whole. In experiments based on Bell’s Theorem it was proven that if paired and identically charged particles “fly apart” and were placed in opposite sides of the earth, and the polarity of one particle is changed, the polarity of the other changes instantaneously.

They remain mysteriously connected. In the late 20th century, physicist David Bohm developed his concept of the Implicate and Explicate order, based on his belief that the whole exists in every individual part. Bohm described how the totality of existence is enfolded within each fragment of space and time—therefore everything in the universe affects everything else because they are all part of the same unbroken whole. This “catching up” by quantum physicists to spiritual belief systems about inseparation represented a significant shift in consciousness for our species.

Just a few months ago, the scientific community was astonished by the claim of the BICEP2 team who have spent years peering into space through telescopes at the south pole. The team claim they have found the signal left in the sky by the super-rapid expansion of space that must have occurred just fractions of a second after everything came into being. Their claim is yet to be independently verified, but if true, what does this all mean and our discussion about synchronicity?

You can sit down and analyse evidence, or you can live as though you are part of this matrix of Oneness. The Sng’oi people, the original inhabitants of the mountainous, jungle interior of what is now known as Malaysia do not analyse anything. They just live.

The quote at the start of this article is a recollection of Robert Wolff, an anthropologist who lived with the Sng’oi for a few years in the 1960s. He was astounded by their love for each other and their jungle habitat. He found that they possessed incredible powers of synchronicity and intuition and that they “basked in unconditional love” for each other and their Mother Earth.

Their life was in harmony with the jungle they lived in, and they possessed an innate understanding of the Oneness of all things. Their sixth sense is the lens through which they see their world, as real as sight and sound. They communicate with each other almost telepathically, their dream world is merged with their awakened life and they exist in peaceful harmony with their jungle habitat. They chuckle at the absurdity of land ownership. They see themselves as being part of the jungle, children to their Mother Earth.

Their primal ability to be fully present and tune into a level of intelligence that is separate from thought gives the Sn’goi people a “knowing” which they rely on to find food and water, communicate with each other, and be aware of events they could never have “learned” about in a rational sense.

On one level this sounds too incredible to be true. When we try to analyse this, our thinking mind wants logic and reason—which highlights the limitations of our thinking mind. But, if we stop to really feel this, it becomes obvious that people living such a primal, unconditioned existence would have animalistic senses borne of a quality of awareness shaped by nature.

The Sng’oi lived in-sync with the universe. In every sense they lived in harmony with their natural surroundings, free from conditioning, dogma or external influences. No factory like farms, schools, governments and workplaces shaping their consciousness. No mass media and culture of fear and scarcity dominating their consciousness. Just living, as purely as the trees they co-exist with.

Looking to our Roots for Wisdom

The current human condition is one characterized by the programmed desire for comfort, control and certainty. We have moved away from natural human behaviours. But, at any point, we can choose to move back towards them.

The Sng’oi are a powerful example of how modern humans can look to indigenous intelligence for lessons on consciousness-expansion for a better future. By coming back to our “essential nature,” stripping away the layers and layers of conditioned thought, patterns and fears, we evolve.

We learn that the thinking mind is limited and that our intuitive wisdom and shared consciousness is a source of power far deeper than the thinking mind. In fact, it is the source that we must tap to heal ourselves, to evolve to the degree that will save us and our planet. 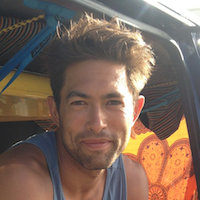