A Warning for Hopeless Romantics. 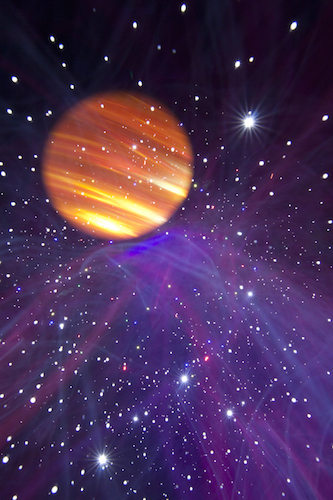 I fooled myself into thinking that the universe had finally delivered a little bit of itself to me.

And of course, it came at a time when I had my guard down—I had accepted my place among the stars.

I had come to a place of acceptance (or so I thought) that I was by some grand design, a vessel to simply give to others whatever was required of me.

For a moment, I thought that sacrifice, my acceptance, had earned me some karmic goodness. He was delivered to me in the form of an age appropriate, professional soldier, who I met online and by chance.

The dating app worked by radius.

It just so happened that he was in town visiting his mother and I had just downloaded the app the same day (at the urging of my co-worker and friend). I started swiping and came across his picture. Instantly, the app said we matched, all the stars lining up perfectly so our paths would cross.

Plus, his opening line cracked me up.

He was funny and charming, a witty and beautiful man who I began falling madly, passionately in love with and I was convinced that it was he who would love me to the ends of the earth (and maybe, even understand my place among the stars).

I am by grand design, a hopeless romantic.

(Albeit, a very guarded one.)

He was all charm. His attentiveness was maddening.

He greeted me every morning with,

Every night we spent hours on the phone. There were times when I watched the sunrise to the sound of his voice and it was only then did I realize that time stood still for me.

He remembered every detail of every conversation. He asked all the appropriate follow up questions. He gave to me what I didn’t even know I was missing.

He visited for Halloween, four weeks from the day we first started talking, and spent the weekend with me.

We were a perfect fit. Not an ounce of awkwardness. Being around him was effortless.

Our conversations flowed, our energy synched. It was perfect.

We spoke everyday on the phone, texted and emailed.

Not a day went by that we weren’t in tears laughing. We made plans to see each other any and every weekend that his career would allow. We spent Christmas together, he met my family, my friends, my children.

He integrated into my life seamlessly.

He did make it clear that he was married to the Army. He had served for 18 years thus far. A quality that I admired above everything else.

It didn’t take long for me to realize I was once again a stepping stone.

I was resigned to the fact that my role in this universe was to provide a temporary place of security where demons could be exercised; where hopes, dreams, failures and disappointments revealed.

I did what I always do. I was there, wholeheartedly.

Jumping wildly into the abyss with both feet, never looking back or forward, just jumping blindly into that brick wall.

It wasn’t long before I discovered that the reality in my universe was quite different from the picture I painted in my head. I romanticized the idea of this man. I opened myself up and unclogged the filter of past relationships.

I didn’t listen to that little voice that nagged me with the age old words of advice,

“If something is too good to be true, it probably is.”

At first, I began catching him in small lies and then bigger ones. This was his pattern. He would meet women in different states and pray on their desire to be done with the games and the dating scene.

He was a master manipulator.

He told me everything I wanted to hear. It was all lies, manufactured to gain my trust.

I wasn’t even aware that I wanted the things he promised until the words were spoken aloud.

In the end, he taught me a valuable lesson.

At first, I was angry, hurt and disappointed. But he taught me to evaluate my needs and demand nothing less than what I desire.

And as I pick myself up again, for what feels like the thousandth time, I will resume my place back in the universe where I belong, to serve again when called upon.

I am the quintessential strong woman who belongs to no one but myself and for now, that is all I need.

The Number One Commandment of Dating.

Photo: Via author (with permission from Jason D. Page) 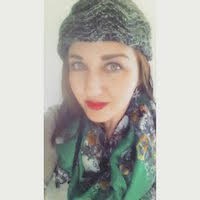