He Cheated, and I Chose to Stay. This is Why:

I knew sharing my story, He Cheated, and I Chose to Stay, no matter how sparse the details, would evoke a lot of emotion.

I was happy to start a discussion. I was curious to see how my friends and family would react, and they responded exactly as I anticipated they would: with unwavering support and love. These are the people I have chosen to surround myself with. I have a strong foundation.

The choice to forgive and completely let go of all negative feelings attached to the act of cheating is not for everyone. Circumstances and individuals are vastly different. For me, the true lesson was what I learned about myself.

The initial moments after finding out were primitive. I cried. I screamed. I confronted him. I demanded an explanation, as if somehow that would help. I tried to bend and shape my mind into understanding how, why, when, where. I wanted not just answers but details. I needed to make the pieces of the puzzle fit in such a way that my obsessive-compulsive mind would be silenced by the order of things.

My heart ached. I cried. I called my mother. I asked her why? All I could think to say was that I was a good person and that I didn’t understand, “I know” she replied. I could hear the pain in her voice for me.

My mind initially began that descent into self-doubt:

What did she have that I didn’t? Was she prettier? Was she thinner? Was she smarter? Did she make him laugh? Did he kiss her the same? Was she better in bed?

I entertained those thoughts only briefly. What did it matter? Then I got angry. I felt rage. “Fuck him, fuck that guy…he was lucky to have a woman like me interested in him, I’m beautiful. I’m smart. I’m funny. I love sex. I radiate. Fuck him.” I wanted revenge. I wanted to hurt him, to destroy him, to humiliate him.

This went on for days, back and forth in my mind between loving him and hating him. But the truth was, I never hated him. What I felt was the bitterness of disappointment.

I realized on that drive to work that the world hadn’t stopped spinning. I could still feel the warmth of the sun on my face. I was still functioning, although not quite as light-hearted as usual.

When I got home, I realized I had made it through the day. I headed to my poker league that night. When I got there, I laughed, I played, I talked. I had already begun the process of moving forward. His action was not hindering me from enjoying my life.

That is when I realized I was not being honest. I reacted initially in a way that women who find out they were cheated on are supposed to act: hurt, resentful, doubtful, angry, bitter and jealous but I wasn’t really 100% committed to any of those emotions.

My gut was telling me there was a bigger picture. I have always believed that I had a purpose on this earth to help others as much as possible, even if my time with them was brief. I have come to believe that I belong to the universe and that I have many gifts to give.

My gut was telling me that I was not being true to that purpose, to that calling, and that, perhaps, my journey with him wasn’t over—the lesson not yet revealed.

I believe wholeheartedly that your gut is your truest compass and I chose that moment, and each moment since, to follow it.

After that decision, he and I had many honest conversations about his life, his childhood, his career and his expectations. I listened intently to everything he told me. I asked a million questions and his character began to reveal itself to me. In the process, I stopped treating him like a villain and started accepting his human nature—that he too was a human being, complex and riddled with insecurities. I did not condone his behavior, but I was able to validate his feelings. And I took control of my own.

I refused to allow his actions to dictate how I felt, thought or acted. I was not going to give him the power of my optimism, and he did not dictate the way in which I forgave him. I took ownership of my happiness.

So I chose to take a deep breath and let it all go. My eyes were wide open, the betrayal planted firmly in my memory, but I chose to let the negativity associated with it go. I forgave him when he needed forgiveness most. It was empowering. My heart is not contained in the fist-sized muscle beating beneath my chest. It is limitless and boundless.

I am profoundly grateful that I am here on this planet to experience everything. There were many times, not too long ago, where I did not think I would be. Those experiences made me realize that I can be hurt by anyone at anytime. Hell, I can be betrayed by my own body. And by that I mean that even with healthy eating, exercising, not smoking, meditating and forgiveness, you can still develop a disease (like cancer, like 15 surgeries, like being temporarily blind) that threatens to take your life—the very life that you are so grateful for.

So to extend forgiveness to another imperfect human being—well, that’s easy.

Some responses to my original article over social media made me realize we are still stuck in a culture of judgement. I want to empower women and men to make choices for themselves and no one else. I imagined what it would be like to not have the support of my family and friends and go through that same situation: how isolated I would feel. I imagined putting myself in the position of all those who cast judgement, and how hurt I would be if my friends didn’t think they could share their stories with me and have my unwavering support. My heart would break.

What are we here for if not to support and empower each other?

I am no different from anyone else. I absolutely felt the sting of that betrayal. I felt the disappointment of wanting the man I was with to be above all others and wanting our relationship to stand apart in its loyalty. But that wasn’t the reality of my situation, and I made a choice that I am still at peace with. My gratitude, my friends and family and my faith in my gut, not what I’m supposed to do, are the foundation of my choices. 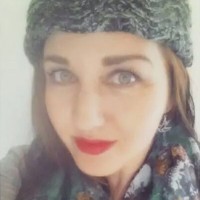