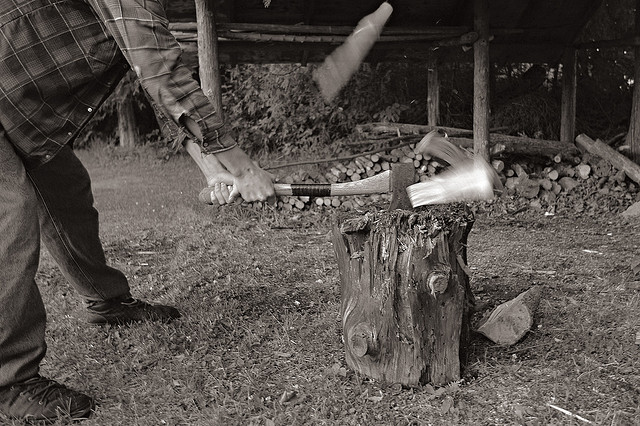 Some would call this spiritual progress.

Every Alcoholics Anonymous meeting begins with introductions. Brief, no-last-name-required, humble reminders of a single, defining fact about ourselves. Everyone participates.

I’ve publicly declared my alcoholism a couple-hundred times now, over the three-year course of my sobriety. Early on, it was hard to say and harder to believe, even in front of the friendly and sympathetic audience of fellow drunks. Now, I appreciate the humbling importance of the words and the powerful act of saying them repeatedly, “I’m Jim and I am an alcoholic.”

Early on, I attended what I’d classify as hard-core AA meetings, filled with people for whom sobriety was as elusive as it was coveted. Many times, the power of their addiction drove them to drink between meetings. Short stints of sobriety were punctuated by bruising falls off the wagon. Their stories were often bleak, sometimes revealing a high-stakes choice between a booze-free life and a looming booze-filled death.

There was no in-between.

One woman with many years of continual sobriety, who attended these meetings, described herself during introductions as, “A grateful, recovering alcoholic.” A showboater, I thought naively, calling attention to herself. Instead, I see now she was an authentic giver of hope, calling attention to the possibilities of a life past alcoholism.

Better health, healthier relationships, humility, self-respect, self-love, clarity, no hangovers, on and on. The possibilities are as beautiful as they are many. And all of them are as much about shifts of perspective as they are about not drinking.

Putting down the bottle insures nothing.

It is the critical and necessary starting point, of course. But that is where it gets uncomfortable—unbearable for some. Because now it is just you confronting you. And if you’ve been a drunk, a liar, a cheat and are selfish, mean, petty and all the other undesirable traits addicts, as a rule possess, facing that—facing yourself—may be excruciating.

Enough to retreat back to the comfort and safety of a drink, even when you damn well know it may very well kill you someday. That is real fear.

Beat poet Jack Kerouac explained it plainly after he had deserted his solo mountaintop attempt at enlightenment. He wrote, “I’d come face to face with myself, no liquor, no drugs, no chance of faking it, but face to face with ole Hateful—me.”

No liquor, no drugs, no faking, no crutch and now I know no retreat. There is no place to hide and nowhere to go. The old haunts are gone. The old behaviors proven futile. The desire for change is finally stronger than the craving for escape.

I sit and I do nothing and face myself with atypical honesty. I confront the obsessions, compulsions, wayward thinking, negative thoughts, destructive patterns, unbridled arrogance and the insistent need to control every aspect of my small-minded world.

I flinch. I cringe. I’m ashamed and I’m embarrassed.

But I do honestly face it. And then I own it. Because I’ve spent three years chopping away at this forest and I now see the trees and the glimpse of satisfying, sunny clearing beyond them.

We bend life to our magnificent wills. It is our nature. It is what we are taught to do and for what we are rewarded and sometimes even exalted. We are “action-oriented.” We are do-ers. Sitting and doing nothing defies the rules and disregards the expectations. It is willfully counter-intuitive. And it is very, very hard to do.

Yet, each day, I remind myself to do nothing, for at least as long as I can stand it. For a while anyway, I am simply an observer. Life whirrs along. Things happen. Situations demand attention. But, I don’t overreact or solve problems or fix anything.

Instead, I do nothing and simply notice how I want to react.

But then, I don’t. I do my best to detach from my self-destructive patterns.

Because I know how easily I can compound problems and create havoc by holding fast to the illusion of control; to the idea that it is my responsibility to solve every problem immediately. So, temporarily, I relinquish control. I allow myself to breathe and I try to trust what happens next.

And here is what happens: less.

That fix-it-now compulsion eases a little. Answers do come, better ones. Perceptions gradually shift. And after what feels like a very long time, I begin to experience a greater awareness and a greater willingness to accept life as it is rather than what I think it should be.

Some would describe that as spiritual progress.

I am happy just to know it is progress.

It’s painstaking work. For nearly all of us, greater awareness and any spiritual progress is a process—a long, arduous one.

Sobriety has not brought forth any born again or burning bush moment for me. I cannot claim higher ground.

All I claim and can earnestly recommend is the willingness to sit in the shit, do nothing and then—chop wood, carry water—do the work of facing myself—and facing myself honestly, fearlessly.

We do not see our own metamorphosis as the days click by.

“Yesterday I was clever, so I wanted to change the world.  Today I am wise, so I am changing myself.”

But, thankfully, we can easily see hard evidence of it looking back. I did not solve or reason my way out of alcoholism. I’ve groped my way along through AA. I’ve fought the urge to drink. I’ve questioned every step. I am not, nor ever will be, cured.

But, my path toward a growing awareness has run through alcoholism. AA has turned out to be a self-study course in awareness and has helped me, finally, to begin to reveal me to myself.

I can finally be here now. It is where I like to be much more often.

Sometimes, All we can do is put One Foot in Front of the Other.

Jim Adams is the founder of Denver-based Qrunch Foods, which make organic, non-GMO and gluten-free foods. He is also the founder of Redbud’s Raw Premium Dog Food. He formerl… Read full bio