When Obstacles become Our Partners in a Car Chase to Enlightenment. 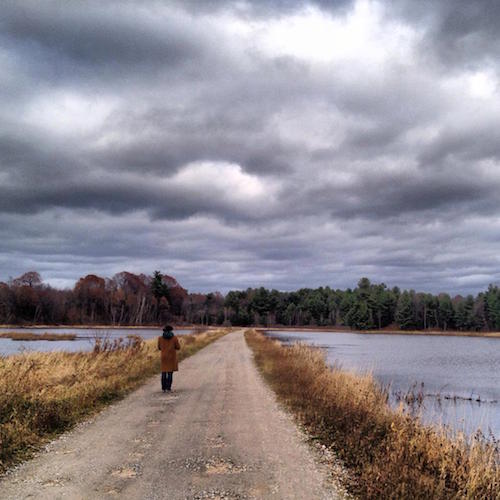 Perception transforms experience. How one looks at the world, alters that world wholly.

In the Better Theory, what most people see as the negative—pain, struggles, mishaps—are actually tools to enlightenment. Crisis teaches us cool. Pain teaches us pleasure. Loss teaches us love. Every negative we face is a potential guide we are wise to pay attention to.

We generally consider hardships to be disadvantages—experiences to be loathed and avoided at all costs. With this conventional wisdom, anything that is difficult or painful works against us. Yet history tells a different story:

Albert Einstein didn’t start speaking until he was four. Benjamin Franklin dropped out of school when he was 10 because his parents couldn’t afford his education. Ella Fitzgerald—along with other celebrities like Halle Berry, Jewel, Dr. Phil, Jim Carrey, Harry Houdini and Charlie Chaplin—experienced homelessness. Stephen King’s first novel, Carrie, was rejected 30 times. Oprah Winfrey was sexually abused as a child and became pregnant at 14. Beethoven lost his hearing at the peak of his musical career.

What do we gain if we look as the next tough decision or challenge as an opportunity to grow? To learn? To make different choices? To start something new?

And hardships giving rise to art is going to be one of the ways we lift ourselves out from the cesspool of environmental havoc we’ve wrought as a global culture. The intersection of sustainability and art is the intersection of the heart and the mind. It is the synthesis of everything dear: fundamental survival, connectedness to the natural world, beauty, truth and love.

This isn’t to say we should wish for bad things, or that when bad things happen we should somehow act like they’re no big deal. The same trauma that invigorates one person may overpower another. But what we gain by going through tough times and coming out on the other side is courage.

When we’re in agony, we become willing to take chances we don’t when we’re comfortable. We suddenly discover a feeling of urgency and thrilling sense of freedom. We get to make new rules. And the people who come out on the other side are the same people who emerge as leaders in their fields, innovative thinkers and joyful individuals.

French pharmacist and psychologist Émile Coué trailblazed the idea of conscious autosuggestion when in 1910 he began a series of experiments in which he had subjects repeat the mantra “Every day, in every way, I am getting better and better” (in French: Tous les jours, à tous points de vue, je vais de mieux en mieux).
John Lennon fans among you may recognize Coué’s mantra from the 1980 song “Beautiful Boy.”

Coué’s goal? To improve rehabilitation for people who had experienced physical or emotional distress. Theorizing that patients internalized the optimistic suggestion, he began to explore the powers of the imagination to facilitate physical and mental healing. Coué felt the key to wellness lies in an individual’s ability to change his or her unconscious thoughts through imagination.

C. Harry Brooks, who wrote a number of books about Coué and his work, estimated the success rate of this practice at 93%. Those successes included people suffering from atrophy, organ problems, trauma, diabetes and many other physical ailments. Coué’s subjects were able to heal themselves.

It is the negative that informs the positive. This is the tension of Better.

Losses will often give more than gains. Losses wake us up. In a miserable marriage? Have a job you loathe? Personal life uninspiring? Pay attention to what you feel uneasy about. That voice is your inner self telling your outer self to get this show on the road. The Better Theory is about realizing that your life is bigger than any one of these negatives. These negatives are going to push you where you are meant to go. We have lots of words for this like fate, ambition and finding one’s path. It’s all Better.

The Better Theory challenges you to ditch the complexities and utter busy-ness of today’s consumer-based society and sign on the dotted line for fun. For mischief. For joy. The Better Theory is about grabbing the reins. It’s about no longer waiting for humankind to improve, instead living like that day is here. You be the outlaw. Let humanity catch up to you.

The Better Theory says to fly in the face of Big Ag and start your own garden. Make your own music. Shop local. Upcycle. Love each other more. Bitch less. Worship the dirt. Be kind to everything alive today. Hold doors. Say thank you.

The Better Theory is your ticket out of all the things that bind you. It’s a reminder you can turn even your worst misery or mistake into your most enlightened teacher. Heed the Better Theory, and those things entering your life of which you are most afraid become your partners in crime in a car chase toward Enlightenment. You’ll be choreographing dance moves for your demons in no time—and counteracting this planet’s bad case of the blues with a little bit of green.

Obstacles on the Path. {A Teaching by Sakyong Mipham Rinpoche} 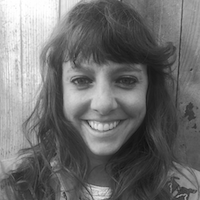