A Prescription Pandemic: How Adderall Nearly Ruined My Future. 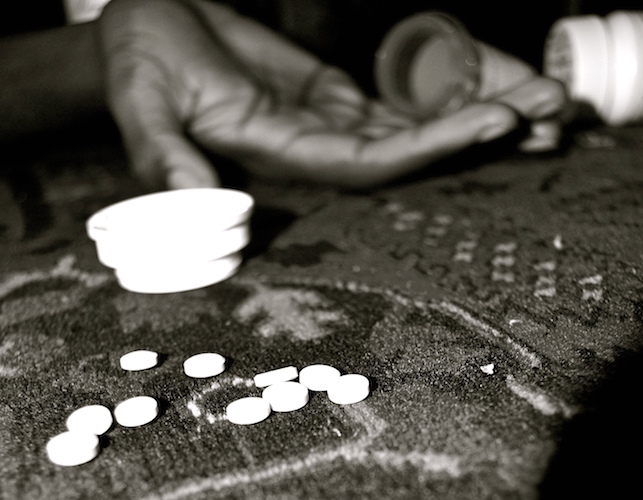 I’ve made no secret of the eating disorder with which I’ve struggled since childhood; I’ve written extensively about the subject, particularly its current manifestation now that I’m expecting my first child.

It’s through a sadly serendipitous combination of nature, nurture and external forces that I’ve essentially never been without the company of my anorexia. However, my eating disorder has waxed and waned over the three decades I’ve been on this planet, as subject to the various circumstances of my life as a ship at sea in changing weather patterns.

As with many women (and men) with eating disorders, my years at college presented a new and unknown set of issues which challenged my mental, emotional and physical health. There was the pressure of schoolwork, the anxiety of an unfamiliar social environment, the ordeal of feeding myself in an atmosphere where pizza and hard liquor were food groups…in short, more than enough stressors to exacerbate my eating disordered symptoms into a new realm of struggle.

However, unique to my undergraduate career, there was yet another influence which did more to worsen my pre-existing condition than any other factor. It was early in my sophomore year of college that I was introduced to the prescription drug Adderall.

For anyone who has been to college, Adderall probably needs no introduction (indicative, I’m arguing, of the prevalence of the drug on college campuses and rather revealing of the widespread social ailment into which it’s evolving.) Intended for the treatment of Attention Deficit Disorder and Attention Deficit Hyperactive Disorder, it is (counterintuitively) a stimulant designed to increase focus and concentration. It also has the unintended consequence of suppressing appetite, and it was in this vein that I first became so attracted to the medication.

Now, a confession…something about which I still feel a great deal of regret, over a decade later. I do not have ADD or ADHD. While I might have the same issues with motivation and attention which plague the normal student, I have never been diagnosed with either disease. Therefore, my gradual obsession with Adderall was wholly artificial, illegal and a poor attempt to self-medicate the mental angst which accompanies the broad range of eating disorders. Regardless, though, I did try a friend’s prescription under the auspices of, “It makes homework easier!” and was delighted to discover the instantaneous disappearance of my appetite. For a 20 year-old already climbing on the scale multiple times a day, it seemed the answer to a prayer.

The thing about Adderall, however, is that it is a drug. In addition to completely eliminating hunger, it literally changes brain chemistry. I was taking too much Adderall by that point…I didn’t need to eat, I didn’t need to sleep and I could stay up and work endlessly. In much the same way Freud perceived cocaine as a necessary tool in his intellectual arsenal, I found myself believing fervently that I needed Adderall to write successfully. With anorexia often comes perfectionist tendencies, and given my propensity for believing I was never good enough, the allure of better writing, better grades and a better me was an easy trap in which to fall.

I ended my years in college malnourished, isolated and horrifically burnt out both academically and emotionally. My eating disorder had worsened, I had completely destroyed my natural circadian rhythm and I was less and less able to function normally from day to day. It rendered graduate school the next year a lonesome and unmanageable chore (enter my husband on a white horse, the eleventh-hour savior with whom I’m now preparing for a baby, allowing me to show up on his doorstep when we were newly dating with my belongings and my cat after a disastrous attempt at a higher degree).

Things are vastly improved now, luckily. My eating disorder is in remission, my baby is growing, and I hold down solid employment in a profession which, if somewhat soul-sucking and emotionally deadening, nevertheless pays for cat food and wine. So, then, you might be asking, what is my intention in revealing these somewhat disgraceful and overwhelmingly personal details in such a public forum as the internet?

My purpose in making known my own battles has always been with an eye on the greater good; that is, a slim hope that publishing my story might someday help someone struggling with the same issues. And I have become too painfully aware of a few things regarding the use and abuse of Adderall, on college campuses and in the greater scheme of things, to hide what I’ve learned out of shame of my own history with it.

In my experience, Adderall is a dangerous drug with a high risk for psychological addiction and devastating physical effect when misused. It is prescribed like candy, readily available for consumption—particularly among students—and largely misunderstood by the lay community (and by more than a few shoddy psychiatrists with whom I’ve dealt). Meanwhile, an entire generation has come of age in a time when we slap diagnoses on children and then medicate them continuously throughout the most crucial stages of their development.

I have met many college students since I graduated, and the nonchalance with which several have mentioned the “Addies” they use sends a chill down my spine. Because somewhere in that population, there is a young woman or a man with eating disordered tendencies, or perhaps the genetic inclination for addiction, who will stumble upon this medication and experience something very similar to that which I underwent. If there is any purpose in this piece, it is as a warning, as a cautionary tale, or as a voice in the darkness speaking that you are not alone.

Unlike, who knows how many others, my future is not ruined; I’m blessed to have it in front of me. I just hope my future child will never have to learn the hard way, as I did, that sometimes, a better version of yourself is not necessary. Sometimes, it’s enough to just be. 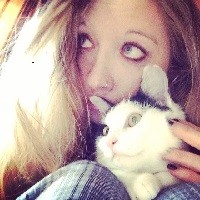