Forget Yourself to Find Yourself. 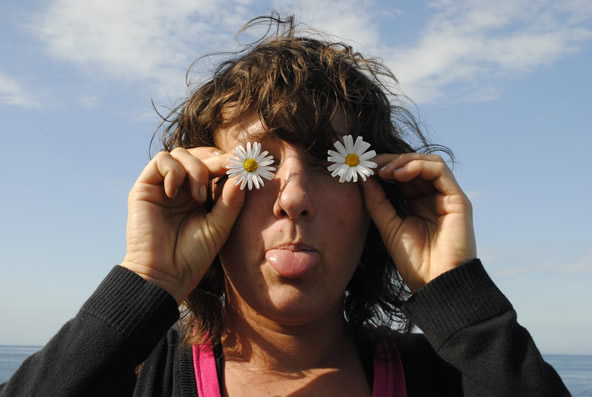 The motto representing virtue for our era in Western culture seems to be: “Do unto others as you would have them do unto you” or “Love thy neighbor.”

All of these essentially amount to one simple phrase: do nice things for other people.

Now whether or not our society adheres to this is a whole other matter. From personal experience, I find that acts of kindness go far beyond a Boy Scout’s badge for moral character or marking the box to feel OK about ourselves for the day.

Acts of kindness toward others, when done in a state of presence, act more like a release valve to my systemic inner-dramas than a moral achievement. For a moment I stop thinking about myself, and consider the plight of another and for that moment get to experience the world expanded through the existence of something outside of myself.

The lovable, virtuous, animal-loving Saint Francis said in his most famous prayer, “It is by self-forgetting that one finds,” and I agree. To connect in kindness with a person and to forget myself is real freedom.

When they say “’tis better to give than to receive,” as a little kid I’d squirm and roll my eyes, picturing some other little girl getting my Skip-It or vanilla scented Cupcake Doll. At that time, I had yet to suffer from the stagnant grossness that a selfish lifestyle brings, but it was not long before I grew to know it all too well.

I was raised as an only child, and though my own aloneness gave me compassion for the outsider, the loner, the uncomfortable one, I nonetheless possessed an overwhelming awareness of myself, and I was always at the forefront of my mind. Entering the preteen years, I became hyperaware of my own awkward, vulnerable presence in the world, and the more this became known to me, the more I attempted to squish myself into the crowd of pimple-clad middle-school girls with too much eye-liner and rubber bands on their braces.

This self-centered focus continued for years, through my early 20s, ping-ponging back and forth between hyper-insecurity and gross grandiosity. One moment I was a total failure, doomed to homelessness and groveling and only moments later, I would be fantasizing about my future career as PhD celebrity blogger, humanitarian child-saver and rock star. There was no middle ground. I was completely disconnected from the world around me. Other humans were merely measuring sticks next to which I would prove my worth—better than, less than, better than, less than.

In conversations, though I played the interested, sincere girl. I never thought of you, only how I sounded and looked as I spoke and nodded, if I appeared as terrified as I felt, if you could tell that eye contact was painful for me, if you could see that I was weak. I had made myself far too important in my mind. The only way I can describe this experience would be to use the following words: prison, hell, paralysis. The progression of my selfishness led me to a state of total isolated despair. I didn’t know what was wrong with me and I needed a way out.

There are a million ways to try to escape. Most of which are only suppressants that push down the ever-surfacing problems of the human condition. My methods for mental and emotional relief were no different from those you read about in memoirs or have experienced with “troubled” family members, or perhaps in your own history. My methods were inevitably leading to a shortened life-expectancy, institutionalization or insanity.

After years of repeating such behaviors, my body started responding adversely, but more than that, my mind and my soul could no longer hold together. I found myself in the fetal position on my apartment floor, surrounded by darkness in the early afternoon, scared that if I continued I would not wake up the next morning. I was pushed to the breaking-point.

Freedom came in the form of realizing my own insignificance. Recognizing how small I am in the world was the greatest release I could have hoped for, and it came as a result of a total breakdown. This breakdown led to a surrender which brought about an open mind, open to spiritual texts and principles, to the teachings of Eckhart Tolle, Ram Dass, Pema Chodron, the Steps, Osho and many others. The basis for so much of what I have learned has been in self-forgetting through service, compassion and acts of kindness.

My first true connection with this awareness—that others suffer what I suffer, that other people have the same amount of living, breathing minutes in a day that I do—I was laying on a bed in a small room in the middle of remote Arizona desert. I was aware of what I looked like from above: small but precious.

I began to expand outward, to the woman in the room next to me, to those staying in the retreat center with me, to the small cacti outside, to the tiny creatures and the large furry ones, every little thing. I had a profound feeling of gratitude and peace recognizing that I was a part of this giant whole, that I buzzed with life like every other living being, and that we all share the single moment of the present.

I do not always carry the feeling of that night with me, connecting to the peace of the present, but I know how to find it. I find it in considering passersby, in looking into someone’s eyes and really seeing them. I find this connection by calling another person and asking them about themselves and listening with presence. I find it deeply when feeding hungry people, doing laundry for my 89-year-old grandmother and mentoring young women struggling with their own pain. Reflecting on this, I now realize the truth in the old maxim that used to make me fidget—that giving, that self-forgetting, really is better than grappling at benefits for me.

It is ultimately paradoxical, which I find is the case for most great truths, that in order to truly save ourselves we must absolutely forget ourselves, that we heal our own pain by considering the pain of another. It may even sound inherently selfish to suppose that it takes running around helping people in order to fix our own problems, and it may be depending how you wish to spin this, but I am not talking about feeding starving children the rest of your life, though doing so would be a noble cause, much needed in our world. What I mean are the little mental shifts available through acts of kindness, the little moments where we stop the internal rambling of future and past to spend our most valuable commodities—time and attention—on someone outside of ourselves.

Selflessness: How to do the Work that Needs to get Done. 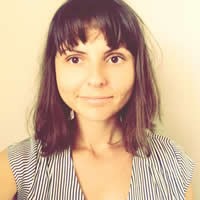