How PTSD Led Me to Compassion. 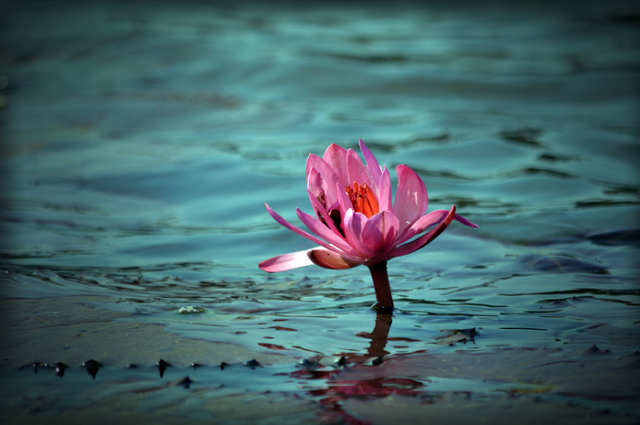 Every day was on repeat for a while.

I’d wake up panicked, work a few jobs per day to justify anxiety as fuel, try to wind down at home at night, experience repeat images of my mother on the floor, images of her in the hospital, or images of the ambulance ride.

I’d panic even more before bed, break into a sobbing, hallucinating, violent heap and reluctantly, take a Xanax to sleep.

19 was supposed to be a good year for me. We celebrated my birthday as, “the year of possibilities.” It started off with an incredible summer, filled with a kind of love that punched me in the gut, lots of hard work, a sea of giggles, and a path to explore the intricacies of my Ivy League all-women’s college.

And then my mother—my sole (and, soul) supporter—died unexpectedly. I found her gasping for breath on the kitchen floor on an August afternoon. It felt like all of that projected possibility went with her. Naturally, I felt empty and confused.

Post-Traumatic Stress Disorder, PTSD, crept into my life after a year of being completely numb to any differences that had occurred. My stomach ached with fear, my head was foggy with depression, and my hands often went numb with rage. Because I hadn’t dealt with other issues in the past, grief fed off of the weakened parts of my psyche where relief only came in a series of blacked-out violence and venomous words.

And so it went. There was a tug-of-war between my older perceived identity and the identity that was waiting for me. This upheaval of values and confusion was ugly. But that’s just it—to get my lotus to grow sturdier, I had to love the ugly and realize that these events were mine. No one else’s.

I think it’s safe to assume that PTSD makes you feel like you’re going crazy—I felt like I was constantly buzzing, ready to run for days or punch my way through any triggering obstacle. I also felt like there was danger hiding in every corner, and hiding inside of me. But, after mindfully paying attention to my body’s nuances, or warning signs, as well as the degrees of joy it often didn’t hold, I surfaced, whole.

In fact, I started to surface by skimming it. Everyone always says exercise is key to managing emotions, so I tried running. However, it built up my adrenaline too much; my runs always ended in prolonged panic attacks and bouts of self-blame. I had to choose a new route, a route that would offer me joy and relief.

I swam through the good, the bad, the ugly, the gratitude. Swimming was so cleansing for me—I would lose my breath at first, only to return to that ambient, floating state that was womb-like. I imagined myself close to my mother, in the belly of the universe that was now hers. I knew I was safe in whatever water I chose. I knew I was free.

Swimming was unlike any other kind of therapy I’ve done. It wasn’t as draining as EMDR (Eye Movement Desensitization and Reprocessing) therapy where I replayed my trauma while watching a doctor’s fingers wave back and forth. It wasn’t like talk-therapy where I had to think and act consciously in front of someone else who was listening intently.

Instead, swimming was this deeply personal connection between nature and myself. Between my mother and me. It was primal. No matter who or what I punched the night before, the water seemed to tell me it was okay. My arms and legs still worked. My lungs could still breathe.

I empathized for those who were, and are, filled with rage. I never understood what made people violent until my mother died, leaving me with hate and confusion wadded up in my gut. When your hate, fear or confusion capacity maxes out, there is a predestined overflow just waiting until you’re on the edge.

I toyed with the edge too many times and felt release not only by swimming, but by throwing eggs, too. I’d take walks into the woods and hurl eggs at trees and rocks. Sometimes, I’d scream. Sometimes, I’d cry. Either way, I’d watch my hatred burst in the air and drip down onto the earth to act as fertilizer. After, I buzzed with the freedom of endorphins running wild.

Meeting the air sometimes means allowing your wild to run. Roots don’t work out what direction they’ll spread until they wiggle around in the soil for a time. I didn’t know what color my petals were after my mother died. I wasn’t sure which direction was up—and sometimes, I still feel like I’m shooting out sideways, but movement is key in accordance to your soul. Only then will you unveil the universal truth of compassion.

I unearthed that humans are stronger than they think when challenged with a seemingly insurmountable task. That very human condition is what drove me to clarity, even as I continue to tend my waters.

What Not to Say to Someone With PTSD. 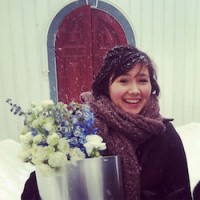