The 4 Ways our Brains try to Keep us in Unhealthy Relationships. 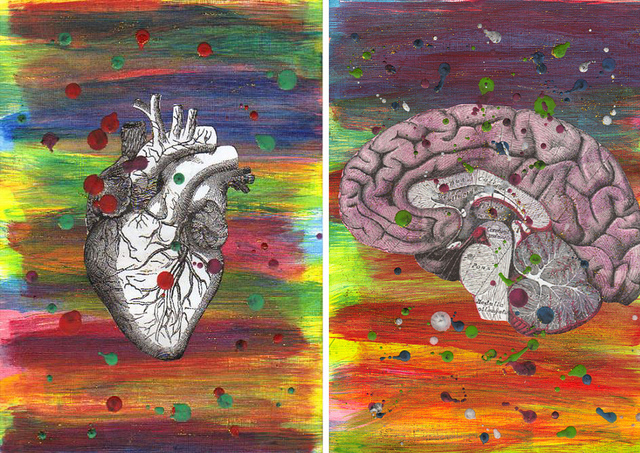 Every once in a while, we find ourselves stuck in an unhealthy relationship.

Deep down we know that we should move on, but often that is easier said than done.

Breaking up is scary because it carries with it uncertainty. We hate the feeling of uncertainty down to our core. In fact, certainty is so important to us that Psychologist Manfred-Neef includes it in his list of nine basic human needs.

So, even when we are sure that there is nothing we can do to save the relationship, our brains try to talk us out of it.

There are four dirty tricks our brains use to keep us “in line.” They may not be logical, or even in our best interests, but sometimes that doesn’t matter.

Our brains are naturally quite stubborn, and often more than not a little skeptical. Part of our design is an inbuilt bias toward taking a cautious approach (known as the negativity bias). Whenever possible, we try to reduce and eliminate all risk.

The greatest risk, in our mind, is the unknown.

If we do not know what will happen, we automatically take a “worst case scenario” approach. We come up with a theoretical scenario, one that is inherently negative, and we convince ourselves that it is highly likely. This risk aversion is one of the reasons we choose to stay in unhealthy relationships.

Risk aversion tries to convince us that, even though we don’t like where we’re heading, the alternative is much worse. We are often more likely to accept the certainty of a poor, but measurable outcome, than the uncertainty of a potentially good, but unknown outcome. It’s our brains version of “better the devil you know than the one you don’t.”

The more invested we are in a relationship, the more inclined we are to stick with it, even if it’s no longer fulfilling.

This principle is sometimes known as the “sunk cost.” Basically, if we have already “sunk” time, money or effort into a cause, it becomes harder to leave because we only actually experience the loss when we give up.

Loss Aversion has people stuck in unhealthy relationships in the same way it has gamblers chasing their losses. We get into the mindset of, “just one more dinner, just one more holiday, just one more bet—that’ll fix things.”

We hope that things will turn around if we just try a little harder. This merry-go-round can continue on forever. The more we invest, the greater our sunk cost and the harder it is to leave.

While most people love the idea of being unique and different, in reality, what we really aspire to be is normal—well, a slightly above average version of normal.

We gain a sense of safety (another one of the nine basic human needs) by being part of a group, like a society. For us to be accepted as a member of society we need to be seen as someone who follows social constructs. By being different, we risk being seen as an outsider and being banished from the group.

As ridiculous as it might be, even in modern day society there is still a fairly large stigma associated with break-ups and divorce.

One possible explanation for this is that when people try to empathize, rather than feeling how we feel, they do the reverse and project their own feelings into our situation. When they project their risk and loss aversions onto us, they feel uncomfortable about the challenges we might face. This makes them uncomfortable…which makes us uncomfortable.

However, even if people don’t actively try to talk us out of our major change, we still have a strong internal urge to conform. In a famous series of experiments by Asch in the 1950s, 30 percent of people conformed by giving an incorrect answer even when they knew the answer was incorrect. They did this simply because others had already given that same incorrect answer.

They would rather be knowingly wrong than be seen as different.

During stressful events, we often experience what is known as the Durability Bias. This is an inbuilt mechanism that makes us believe the future is going to be far worse than is actually likely. It also makes us believe that the hypothetical devastation we are sure to face will last much longer than is statistically likely.

Researcher Kahnemann discovered that, “People are surprisingly poor judges of their future emotional states. We tend to overestimate the intensity and length of both positive and negative emotions.”

Here is how it works:

First I want you to close you eyes and imagine how your life would change, and how happy you would feel, if you won the lottery tomorrow. Go!

Pretty amazing right? You’d have no stress, you’d be able to travel more, you’d have nothing to worry about, life would be great!

Now, I want you to imagine how bad your life would be, and how unhappy you would feel, if you were in a car accident that rendered you paraplegic tomorrow. Go!

Pretty terrible right? You’d probably need a full time care-taker, you wouldn’t be able to travel as much, you might not be able to work…

What if I were to tell you that a study by Brickman in ’78 found that both lottery winners and paraplegics are, on average, no more or less happy just 12 months after their life-changing event? Brickman found that, at 12 months, both groups experienced similar levels of happiness and derived similar levels of pleasure from daily tasks. This is the Durability Bias in action.

Another step is to we-write the ending.

It may sound too easy to simply choose a new ending to the story in our brain, but it actually works. Once we have accepted that it’s normal to feel this way, and that these feeling will pass, we can start to build a new mental version of the future for ourselves.

Instead of the negative self-talk, ask yourself: What are the silver linings? Is this an opportunity to re-imagine myself? What new freedoms could this change afford me?

Remember, your brain is just scared of the unknown. In the end, time heals all wounds.

How to Tell if you’re Postponing a Breakup. 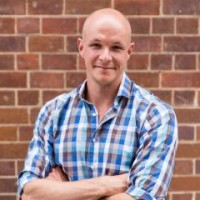