The Benefits of Confusion. 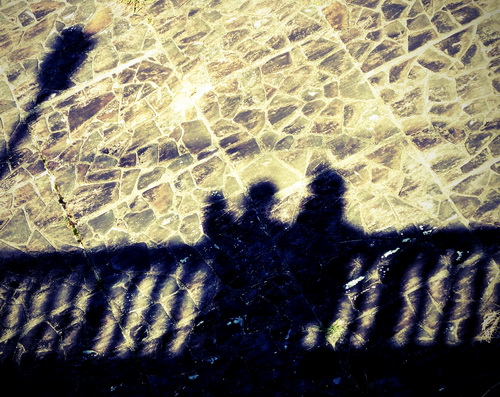 I like thinking about confusion, because I get confused—a lot.

Confusion, I think, starts off as a very natural byproduct of childhood curiosity. We ask so many questions because there’s a lot more that we don’t know than that we do.

As we grow up, we start to feel embarrassed by whatever lack of knowledge we feel we have, and curiosity often goes out the window, or is at least stifled, in the same of presenting a mask of confidence to the world. (Social media has only made this issue of false fronts that much more acute).

Doesn’t so-called knowledge—the pursuit of it, the presentation of it, the keeping up of appearances—get tired after a while?

At the end of the day, we’re all fumbling around, at various stages of our own process of evolution, trying to make the best out of a beautiful, but let’s face it—chaotic mess called life.

“I like too many things and get all confused and hung-up running from one falling star to another till I drop. This is the night, what it does to you. I had nothing to offer anybody except my own confusion.” ~ Jack Kerouac

Kerouac offered people a lot via his own confusion, and this is entirely the point. What he did – being upfront about his confusion, and channeling it into his crazed, stunning art, is the best we can do. In fact, it would be a pretty boring world if we only expressed the things we weren’t confused about, didn’t attempt to crack the borders of our confusion and lay our beautiful messes out there for the world to see, and build from.

Confusion is trying to tell us to peer at the world more closely in hopes of catching its secrets.

If we’re honest about our confusion, then what we have to offer, and what we have the potential to learn, expands exponentially in value.

We all know about the shoemaker’s son who has no shoes. The closer we come to caring for and understanding ourselves, no matter how much we can use our current gifts to help others, the more confused we will become.

This is natural. No one among us is not confused, when it comes down to it. Confusion gives us our impetus for growth, and it certainly keeps us humble.

We can look at confusion in such a way that it becomes an object of inquiry.

The Heisenberg principle states that when you observe an object, the object is altered as a result of being observed. This is fascinating. Nothing is static, fixed or “real” in a deeper sense of the word. By turning our focus toward our own confusion, it becomes less overwhelming and all-encompassing, and more something we can break down and be curious about. It can be that we aren’t that confused at all, but have been blocking out some truths for a number of reasons, like fear or anger.

We’re probably not as confused as we think we are.

We are—kind of. More than a few great philosophers have understood that what they knew best was that they knew nothing at all.

But once we admit that we don’t know as much as pretend to, and de-clutter our over-stimulated minds, a gorgeous easing takes place. With the pressure to be perfect and knowledgeable effaced, we can slowly open into those things that we naturally gravitate to, and cultivate the knowledge and wisdom we do have, in a more authentic and emotionally gratifying way.

Confusion is a mesmerizing window onto the world.

If we say “I don’t know” instead of “Yeah, been there, done that”, the filter of our conditioned responses disappears, and magic unfolds. The Impressionist painters adopted this exact approach, in what they called “The Innocent Eye”—they painted not as they knew objects to look, but how they were seeing them anew, with fresh eyes, so that grass wasn’t necessarily green, but perhaps purple because of the way the light was creating a certain shadow in that particular moment.

Let’s allow confusion to unite us.

Instead of hiding behind our confusion, let’s all become confused people in a confusing world, and take small, compassionate steps to helping each other where they are more vulnerable, and allowing the same for ourselves. These are the seeds for a heart-based growth, wisdom and evolution.

Confusion can only lead to new beginnings.

No matter what’s on the other side of confusion—more confusion, a glimpse of understanding, a compassionate friend-–diving headlong into it can only take somewhere else, and somewhere else is always somewhere new.

This is an adventure worth embarking on!

“When you realize the nature of mind, layers of confusion peel away. You don’t actually “become” a buddha, you simply cease, slowly, to be deluded. And being a buddha is not being some omnipotent spiritual superman, but becoming at last a true human being.”  ~ Sogyal Rinpoche