Detox Tips for a T.V. Junkie. Have you ever heard of someone being addicted to television?

Personally, I was a TV junkie. I loved television and watching anything ranging from sitcoms to documentaries. I would even watch my nephew’s cartoons if I was within viewing distance of the T.V.

Oh, and try having a conversation with me while there was a television on and you wouldn’t get much of anything from my end.

Even my family and friends had come to know me as having somewhat of a television addiction, assuming whenever there was a movie or television show they wanted to see that I had already seen it. They were usually right.

It was becoming increasingly difficult to agree on a movie or T.V. show when hanging out with friends as I had already seen everything they suggested (thus reinforcing my T.V. Junkie label).

But in my quest for self-improvement, I felt that maybe the entire weeks spent finishing seasons and seasons of shows could be better utilized.

This had been my life for some time now and I was missing out on my own stories to watch others. So I decided to take on a personal challenge and not watch any form of television or movies for one month—not even videos on Facebook or YouTube.

I soon figured out that on average, I personally would watch about 41 hours of television during a regular week.

On workdays I would watch two hours in the morning and more than three hours at night. I worked 4 days a week. This meant that I was watching at least 20 hours per week.

On my days off I would watch 4 hours in the morning and three hours at night. Seven multiplied by 3 is 21 hours.

After speaking with some friends, I learned that they watched about half of that. Looking back now I can’t believe that I had wasted so much of my life numbing my mind with television.

Upon further reflection, I recognized an opportunity to share some helpful tips with others who want to cut down on their time in front of the T.V.

So, here is my suggested list of the do’s and don’t do’s for anyone seeking a T.V. detox:

Don’t substitute watching television with things that you still consider a waste of time.

At first, my replacement happened to be shopping and after hundreds of dollars spent I realized I wasn’t using my time away from the television very wisely. I also found alcohol to be a crutch of mine for some time, which although gave me more exciting stories, wasn’t really my intention with this challenge.

Do try and have conversations about real life with people.

At first it was difficult to suddenly try to discuss topics other than my Netflix flavor of the week with others who were used to hearing these updates. The hard work was worth it though, because after a few attempts I found that I actually started learning about people’s real lives and that some of their stories were even better than television.

Do focus on being grateful.

I suppose after watching so much television it was easy compare my own story and life to those in television shows and movies. But without having these stories fresh in my mind to compare my life to, I started to realize how much I have to be grateful for which also made me more excited to live my own life.

Do find ways to stimulate your body and mind.

For a full year I had planned to get a library card and be more consistent at the gym but always had T.V. to entertain/distract me. After diving back into the written word and starting back up at the gym, I started to feel healthy again and noticed I was regaining a more vivid imagination, something I believe television had helped in taking away.

Do go to bed early.

This seemed to happen naturally for me because by 9pm I was bored and reading would just tire me out. The great thing about going to bed early was that I would wake up early! Which meant I got to enjoy the entire day.

Do try to have others in your household cut down on TV with you.

My wonderful boyfriend was very supportive of my challenge and also cut down on his television watching. Whenever we were home together neither of us would watch television which made things a heck of a lot easier for me.

Do plan your day.

Keeping busy and having things to look forward to is the most important tip I can offer up. Having nothing to do can cause you to want to fill in the time with television. Every night I would make a list of my plans for the following day, including goals I hoped to achieve and tasks I wanted to complete. This list would help me to stay focused, leaving me feeling productive and accomplished by the end of the each day.

You may notice that this list is mostly made up of do’s and I believe that is because cutting down on television allows us to do more with our life. Doing more and continuing to move forward is living your life to the fullest.

Even though this isn’t the biggest challenge out there, it is something that has helped me to make more valuable use of my time and remind me of the things I enjoy other than television. I still do love to have a little T.V. time but I also have come to appreciate the novelty of it once again. For anyone who hopes to regain their imagination, motivation and appreciation for their own life stories, I suggest reducing the amount of time spent in front of the television. You may be surprised by how rewarding it can be. 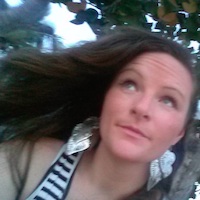