How a Single Word can Change it All. 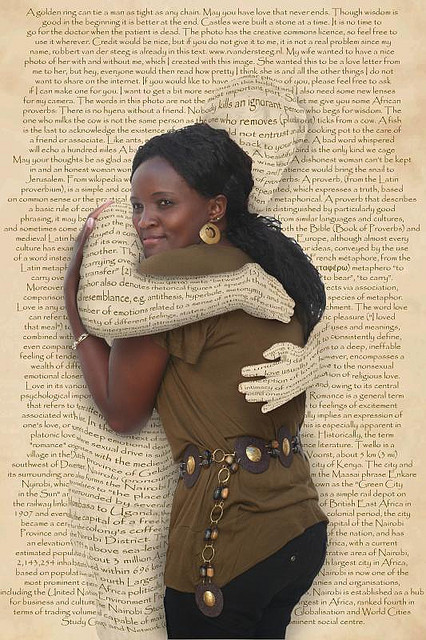 Our words are often misunderstood, both by those who speak them and those who hear them.

There is something we call intuition, a knowledge and understanding that goes deep enough to reach beyond words and language. Certain words can be “loaded,” carrying deeply rooted emotional impacts that may go entirely unnoticed by the busy mind.

Intuition and loaded language are two subtle aspects of our shared human experiences, sometimes working with, sometimes against, each other.

When someone who we care about is not fully open and honest, we may sense that there is something not being said. We may know, without a doubt, when a friend is upset, no matter how hard they try to deny it, though the words they speak.

This is our intuition in action.

We know, we sense, far beyond the ability of words to describe, the most pure forms of truth.

The flipside to this is that sometimes we pick up an unintended emotional response to the language that someone chooses to use in conveying some thought. We have all experienced the intentionally harmless comment that causes us to over analyze.

“Did she really mean to say I normally look fat?!”

“Was he actually referring to me with that ‘well, some people just’ comment?”

We all have our own associations with certain words. Many are deeply engrained over the years, through individual and cultural experiences. Certain words can always be counted on to push our buttons.

We know how to use loaded language to impart a meaning or idea that is far greater than the definition of the word itself.

Words can be weapons.

Rarely, though, have they been enough to end them.

As powerful as words may be, they do have their limitations. As with any object of great power, these things tend to be misused. We underestimate the power of language when we are not paying close attention and this causes pain in ourselves and others.

We abuse its power when we are upset. This causes pain as well.

It is endlessly difficult to communicate love through our words.

If you are really tapped in to the type of love I’m talking about, actions don’t really seem to suffice much of the time either, though they tend to work better than words.

Once in a while, when we allow enough space for our words, actions and intentions to all line up together toward a single expression of love, we may get a little closer to communicating that love to the external world. Even at such a moment, it may only be received by a being who is open and present enough to be aware of that love.

On the other hand, it is extremely easy to communicate our fears, frustrations and anger to the world around us.

Emotions, the kinds we like and the kinds we don’t, are all easy to share with our words. And they are just as easy to understand.

It’s easy to let someone know when we are upset and angry.

We don’t even have to try. It’s often more difficult to reassure someone that we love them.

Why is that? Fear starts wars. Fear and all of its subordinates are easy to get across through our words and actions. Only love can end wars, once and for all.

And love is much harder to communicate.

Even emotional love is relatively easy to describe.

“I love you more than anything in the world and want to spend my whole entire life with you!”

But there is that deeper, sweeter, unbelievably indescribable, uncontainable type of love. And that’s what this is all about.

It is beyond language.

It is beyond communication.

It is beyond action.

It is even beyond intention.

The only place this type of love exists is in the purest form of simply being.

The more we begin to understand this, though, the more we want to do everything possible to align all of the fruits of our being toward this love.

We know that a single word, action or intention will never do our love its justice. Yet we still try, helplessly, but hopefully, to get that message across. Because it is all that matters.

Five or so years ago, a name came to me: Calm Versus Chaos.

Over these years it has stuck with me, always riding along somewhere in the back of my mind, waiting for just the right thing to breathe enough life into it. It just seemed to perfectly capture the essence of our human experience as I see it. Everything, in some way or another, seems to be an interaction between pure chaos and some wonderfully orchestrated sense of order. This is the epic battle between opposites, good and evil, darkness and light, the constant seeking of balance.

I could never figure out how to write it down. It just never felt right, regardless of how I scribed it out. I realized it has been this single word that has been holding it all back. I have found this subtle, but massive flaw in this short little statement meant to encompass my entire creative philosophy.

To pit one against the other, calm versus chaos, is to reinforce the idea of separateness.

One thing versus another creates tension. By changing a single word, all of the tension is instantly removed: Calm Heart Chaos.

By changing the statement, I have changed the idea.

By changing the idea, I have changed my philosophy and perspective.

By taking the tension out, I am one step closer to aligning my intentions, my actions and my words toward that singular message of love.

By eliminating the tension, the opposition, we are left with unity. We can see through the illusion of duality and separateness. This is Yoga.

With this subtle shift of perspective, this powerful realization, I already feel an enormous amount of space opening within.

I have no idea what comes next, but I will definitely be loving every moment of it.

On Political Correctness & Inclusivity in Language: Are We Being too Sensitive? 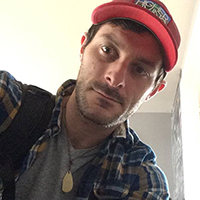