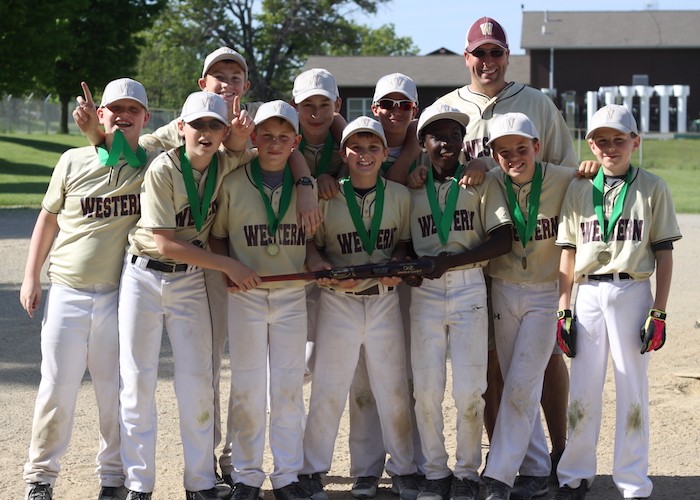 This morning I woke up and my little man was sleeping next to me.

I was in awe of all 91 pounds of pasty white Dutch/English/German/Irish mass with some Cherokee Indian/Hungarian color on his neck, cheeks, and nose from yesterday’s soccer and baseball games. He’s so cute when he sleeps; almost angelic.

He’s almost 12 and, I realized this morning, that he’s already breathing like a grown man. Then, like clockwork, he rolled over, twinged his nose, picked it, scratched his butt, farted, and went back to Darth Vader breathing.

I chuckled thinking that I am not sure a parent has any influence over these unconscious behaviors. Therefore, I apologize, in advance, to any future partner.

My mind takes these small moments of our existence and scrutinizes every detail to create some deep philosophical conversation with my self. I can incorporate age, gender, academics, athletics, race, culture, nature, nurture, the concept of perfection and spiritual beings born in the image of a god. Yeah, it gets deep upstairs in my head.

I ended up taking the conversation in the direction of what defines manhood. While it probably incorporates all of the ideas I pose above, it also becomes focused on a man’s role in society, specifically within his culture and community.

I recently connected with a fellow Elephant writer whose mission is, “To Serve the World one Awakened Man, one Illuminated Woman, one Thriving Relationship at a Time.” His work is simply outstanding and an exquisite example of the world’s need for men to rise up and take their place in our homes, our schools, our businesses, and our governments.

How do you define a man?

I remember Tom Hanks classic line in A League of Their Own, “There’s no crying in baseball.” To that, I say, “Bullsh*t!” One of my proudest moments, as a mom, was to watch my ridiculously naturally-talented son cry in baseball.

He pitched 53 mph and played in the little league minor division when he was 6. Today he pitches over 60 mph and plays in the major division. The local college coach has called dibs on recruiting him since he was 8.

I should also mention he has 20/10 vision which means he sees things at 20 feet that a normal person can’t see until 10 feet. Only 1% of the population has this vision and many become baseball players or pilots due to their ease of accuracy. This superpower has led many a coach to look my son’s way to determine if the call an umpire made was correct or not.

One particular day, he became rattled by the umpire’s calls and couldn’t ignore the frustration. His coach tried to encourage him to shake it off as each pitch worsened. I watched him squirm and repetitively perform his usual twitch of raising up his cap and scratching his forehead.

For any parent whose child pitches, or plays in goal, or in a position where, for some ingrained reason, society has decided the game rests on this position, the anxiety these moments places on a parent is intense. However, in those moments, again, I say, “Bullsh*t!”

The success of any one team is never determined by the performance of any one player. Just as in any team, athletic, academic, or professional, we all use our strengths to play different positions and come together as one team. We trust each other. We commit to one another. We hold each other accountable. We win and lose together.

Back to this particular day, my son removes himself from the mound, takes off his cap, sheds a few tears, breathes a few deep breaths, collects himself, put his cap back on, wipes his tears, and gets back on the mound.

After the game, a man (by nature of his genitals only) scorned my son for crying in baseball. Now, regardless of whether my son is right or wrong, our natural tendency, as parents, is to defend our children. In this particular instance, I called this man’s bullsh*t. At his age, if boys aren’t crying in baseball, there is something wrong. If we don’t teach boys to be vulnerable and intimate when they are young, we will end up in our current predicament, a generation dominated by grown men who are far from emotionally intelligent and wise.

Recently, my boys’ team lost a tournament by one game and one point. Many of the boys were crying. As a mother, I was more proud of their tears, a public demonstration of emotion, than their accomplishment as second place winners. These boys, literally, are in a league of their own and lucky to be surrounded by a community of real men – men that embrace emotion, men that prioritize teamwork and sportsmanship over winning, men that encourage eye contact, men that give others handshakes and hugs, men that cheer for the other team when they make an outstanding play, men that shed tears in moments of intense emotion.

How much can we learn, men and women alike, if we simply consider this example in our day-to-day frustrations?

There is crying in baseball. But first, you must awaken to your inner child, repress your social conditioning to toughen up, and freely feel and express emotion. Here’s to hoping you hit a home run!

6 qualities to Instill in our Children so they can Change the World.