The 1-Minute Test You Must Take to Understand Your Health Risks: ACE. 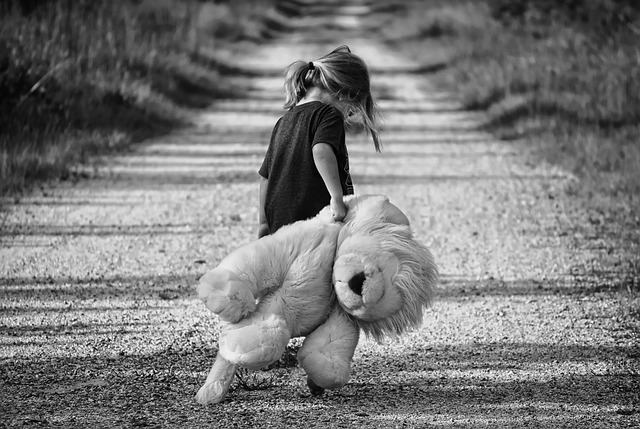 How could there be a test that indicates early mortality, 19 years early, and I’ve never heard of it?

I’m into health, have avoided red meat for 30 years, drink lots of water, floss, do yoga and take vitamins.

I’m a reader and writer into healing and wellness. I’ve been to doctors, nurses, therapists, yoga teacher and chiropractors.

Surely, if there’s a test to assess risk of dying 19 years early, on average, wouldn’t I have heard of it?

Well there is and I hadn’t.

It doesn’t require a blood draw, fancy equipment or even a doctor’s appointment. In fact it’s a mere 10-question survey really. The results can indicate risks of lung cancer, heart disease, autoimmune disease and broken bones.

That seems kind of important.

But honestly, it’s the early mortality of 19 years that gets me. I don’t want to die 19 days or weeks or even months early. But years?

That’s a huge expanse of time. If I’ve got a risk of that I’d like to know.

The ACE test was developed as the result of a joint effort between Dr. Robert Anda of the Centers for Disease Control and Prevention (CDC) and Dr. Vincent Felitti of Kaiser Permanante.

My guess at why we all haven’t heard of this is that the 10 questions cover 10 categories of childhood adversity. Things we think of as social or emotional issues and not things that impact actual physical health.

The ACE study done by the CDC and Kaiser included 17,000 people (mostly white, mostly college educated people with an average age of 57 and roughly divided by men and women). It clearly and shockingly (to me anyhow) found the relationship between childhood adversity and adult health problems and early mortality is real.

These are the types of things assessed. As is abuse (emotional, sexual and physical) and neglect.

How could I not hear about this until last year?

When at the International Trauma Conference in Boston in 2014 someone made an off-hand and off-topic comment, something like: “The ACE calculator, it’s online, you should all know about it if you don’t.”

I didn’t. So I made a note, did some research and have been obsessed ever since. Why?

Because of quotes like this in The Last Best Cure: My Quest to Awaken the Healing Parts of My Brain and Get Back My Body, My Joy and My Life, by Donna Jackson Nakazawa:

“Folks who are exposed in very high doses have triple the lifetime risk of heart disease and lung cancer and a 20 year difference in life expectancy,” said pediatrician Nadine Burke Harris in a compelling TedTalk on the subject. Exposure to adverse childhood experiences (ACE) “affects brain development, the immune system, hormonal systems and even the way our DNA is read and transcribed.”

How can my parent’s divorce, drinking or even abusing me decades ago have anything to do with present or future chances of lung cancer, heart disease, diabetes, stroke, obesity, premature aging and early death?

Well, the answer is a great deal.

“The Adverse Childhood Experiences Study is something everyone needs to know about,” Burke Harris said.

I totally agree. I’ve summarized the ACE test below so you can learn your ACE score.

You only need a minute. It’s easy to take. However, it’s not a find out your Downton Abbey personality type. You might want to take it with a loved one or when you have time to do more research. Like maybe for hours.

Before the age of 18 did you experience:

Note: You score 1 point only for each type of childhood adversity. If you had two alcoholic parents the score is still one “1.” But, if you had an alcoholic parent and that parent (or another) had a mental illness too, the score would be “2.”

Add up all the yes scores (or count the fingers that are up) and that is your ACE score.

If you want to take a more detailed version of the test there are a number of versions online, Go to the ACE study co-principal’s website or Aces Too High (dedicated entirely to all things ACE) or to NPR which just did a great multi-part ACE-related series.

The summary version will give you a good idea of your score. I confess to taking the test like five times trying to see if I could shave some points off my high score. For example, my father was abusive to my mother and his children before he served in Vietnam. I don’t remember much of what I witnessed or experienced. Maybe that doesn’t count and I can subtract some points.

It’s not about how I feel about what happened in childhood or if I’ve considered it abuse or adversity up until now any more than a blood pressure score reading cares how I feel about my blood.

With that in mind, I made peace with saying yes to witnessing domestic violence (my mother was holding me while chased with a knife), yes to parental absence (father never “really” came home from Vietnam all the way), and yes to physical abuse (ribs were broken).

It’s important data. What happened to my body, in childhood, even pre-memory turns out to matter when it comes to adult health and risk of early death.

Nakazawa quotes Felitti who told her, “The prevalence of these childhood experiences and their profound impact decades later, exceeded anything we had conceived.” She writes, “The correlation between having a difficult childhood and being chronically ill as an adult was profound.”

The results, though mind-blowingly staggering were remarkably consistent. There was what is called a dose-response curve.

In simple terms, the greater the dose of adversity, the worse for well… everything.  The higher the ACE score:

If you are a research geek like me go to Aces Too High and the CDC website where I did my research.

I had to do research because I didn’t quite believe all this at first. I knew childhood contributed to my “Daddy issues” and anxiety but I had no idea it is associated with an increased risk of heart attack, stroke, asthma or autoimmune disease. It takes a while to wrap the brain around the way the facts apply personally.

Expect some pondering, exploring and linking of your own health issues to your ACE score. The news for many of us is not good. In fact, it’s terrifying and terrible so why am I sharing it? It’s powerful.

What taking the ACE test did for me is prioritize my self-care, yoga, eating and rest. I’d always thought of childhood trauma as something that impacted my personality and maybe even social issues, but never my health. I’ve learned that everyone who has early adversity is impacted and at risk physically. I’m not unique. It’s not just personal and personally my fault for not coping better. Childhood adversity is a burden on the body. In some ways, this has been a healing liberation and has helped me develop compassion for myself and shamelessly prioritize self-care as healthcare.

I like my adult life. I didn’t survive a crappy childhood so it could kick my ass and kill me now. The information is meant to empower and I’ll be sharing more.

I’ll be following up with three articles here at elephant journal over the next three months.

There’s so much powerful and not yet mainstream information to share. Nancy Slonim Aronie and I are co-authoring a book which will be out later this year titled: Your Childhood is Making You Fat, Sick and Dead: Writing (from the heart) to Reverse the Curse of Early Adversity.

What Death Teaches Us.