Am I Being Selfish? 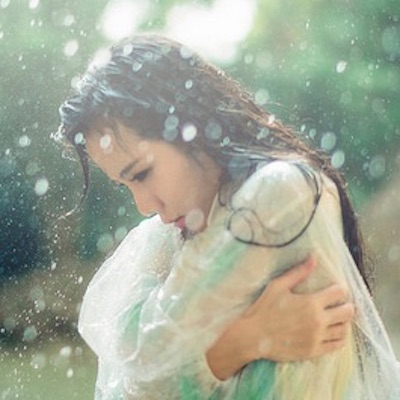 Being selfish can be an art if practiced wisely, but this can seem counter-intuitive to somebody on a spiritual path.

This is a difficult concept to master if one expects the explanation to be rendered in words; the experience of it is like a koan—something that is felt inwardly, but hard to put into words.

A good example is when I desired to remove myself from a relationship that had been a friendship for some time. The basis for our particular relationship was that this person was, without my being aware of it, a kind of surrogate mother. In fact, even though many of her personality characteristics bothered me, I overlooked things so that I could feel the nurturing she offered.

As I became stronger in myself and was willing to embrace loneliness, I moved away from the friendship—not without difficulty, I might add.

I asked myself, “What would Shiva want?” This is perhaps different from the slogan of what would Christ want? that has become a popular aphorism. I found I was reluctant to ask Christ for assistance since invariably I am catapulted into my heart chakra. Asking my teacher one time whether it was appropriate to ask from the heart chakra, she reminded me that it was still the site of ego and attachment.

She encouraged me to make choices from the seventh chakra, which essentially leaves attachment behind. It is the place of the detached heart, the seat of compassion—the heart space in the head.

Asking what would Shiva, the god of compassion and meditation, do, I found myself directed to that heart space in the head.

What I have discovered is that true compassion—that is, compassion not based on an underlying need—actually also includes me.

It was okay for me to move away from this entangled relationship for both of our sakes, even if not immediately realizing this. In retrospect, I can see that had I stayed for reasons of sentiment or obligation, I would have given up that piece of independence and integrity that was beckoning at that time.

On the way to enlightenment we sometimes find ourselves ensconced in a muddle when we think we are being kind but still acting from fear and need.

True sacrifice of self, which means serving the sacred, is really an egoless place. It is beyond our concept of thine and mine. It resides beneath the stuff that we carry around.

If we are brave enough to embrace it, like the koan, it mysteriously discloses its essence to us and reveals itself as the true love and compassion for ourselves and others that we long for.

Why Selfishness is the Most Selfless Thing in the World.