How a New Pink Bike Restored my Faith in Humanity. 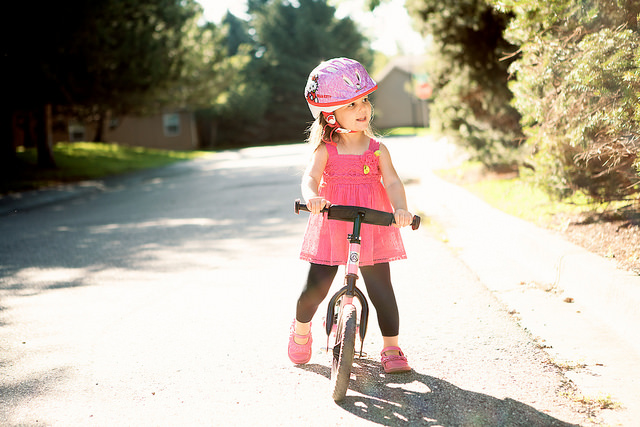 The kind of tired that makes you feel like you’ve been hit by a bus, but I knew I had to go run a few errands—groceries, for the most part.

My first stop was in the south end of the city to pick up kibble for my cats. They had been enjoying the canned food for one too many days, as became evident by their insistent demands for more.

After picking up their food it was time to pick up food of the human variety. Next stop: Wal-Mart.

I collect the few items I was in for and make my way to my car. Parked next to me was a woman and a young girl who was evidently happy that her mother had just purchased her a brand new pink bike. A new bike was surely a sign to this young girl that soon she would be free to ride it in when summer strikes. I thought to myself, “Good for her! And pink! How I would have loved to have a cool pink bike like that at her age!”

I get into the driver’s seat of my car and start it up just as I catch this mother, out of the corner of my eye, struggling to get the bike into her car.

Something in me prompts me to offer help. I’ve loaded a few bikes into my car over the years, so I’m thinking I might be able to get hers into her car. “Would you like some help loading her bike?” I ask. I catch her off guard, but she smiles with gratitude written all over her face and accepts. The two of us attempt to disseminate how we are going to get the bike in the car. First we try to get it into the back seat, but the handle bars are angled in such a way that prevent us from being successful. Next we decide that if we can get the back seats folded down, we might be able to get the bike in through the trunk, but only half the seat goes down and that doesn’t work either.

After puzzling out ways to get the bike into her car, I can tell she’s starting to get a little exasperated with our attempts.

That’s when the words come out of my mouth before I can stop them, “Do you live very far from here?” She explains that she doesn’t live far and I offer to put the bike in my back seat, because I know it will fit there no problem, and drop it off for her. At first she is reluctant. Not so much in the sense that she’s about to let someone possibly steal the bike she just spent money on, but in the sense that she doesn’t want to put me out of my way. I tell her I’ve run my errands and was just heading home, which is conveniently located in a neighbouring community. She accepts, provides her address and, in 30 seconds, I have the bike in my back seat. I tell her I’ll follow her.

A million thoughts race through my head, but primarily: Would I have been able to trust a stranger like that?

We get to her home, I park behind her and pull the bike from the back seat of my car. The young girl stands right next to me and looks me dead in the eyes. I smile but I’m not sure what she is expecting. Her mother thanks me profusely and offers to give me some money for going out of my way helping her but I refuse—I wasn’t doing this to get any kind of compensation. Upon refusal, she insists that I come into her home and let her make me tea. I hesitate only momentarily before accepting. I won’t deny that I felt a little awkward, but I didn’t want to be rude by declining her show of appreciation.

In her home I meet her family. She has two other children, both in high school, who greet me in the living room. Her young daughter talks my ear off, asking questions, telling me stories about school, how long her hair is, which video games she likes to play, how nice she thinks I am.

A cup of tea is placed in front of me and I take a moment of silence before picking it up.

In that moment I am thanking the universe for showing me that there are people in this world who are worthy of being trusted, who appreciate and will graciously accept help when offered. I thank the mother for the tea as she sits across from me. She was hardly able to get two words in as her daughter went on and on (she was quite the little speaker). I felt welcomed, accepted and all they knew about me was that I was the woman who helped get her daughter’s new pink bike home.

Over and over again I hear how much my kindness is appreciated, how it wasn’t expected, how I have a big heart. I can’t wipe the smile off my face. At a time when I’m looking to rebuild myself, I feel as if a part of me has been put in its rightful place. I wasn’t consciously aware of it happening at the moment, but now I see that this is what had to happen today in order for that piece to secure itself.

After some time passes I thank this family for their hospitality and get up from their couch. The mother, again, offers to give me money, but I politely refuse. I tell her it was my pleasure to be of assistance. Her daughter hugs me—I mean she really hugs me, squeeze and all. I feel my face get hot and tears begin forming in my eyes.

Before my emotions get the best of me I put my shoes on and the young girl’s mother walks me to my car, thanking me profusely along the way. I thank her for allowing me to help and wish her and her family well before getting into my car and pulling away.

I wonder if I will see them again.

I’m not certain that they realize it, but both of them were key in reminding me about the good that exists within myself and within others.

All thanks to a pink bike.

My Five Lessons from a Mindful Month of Kindness. 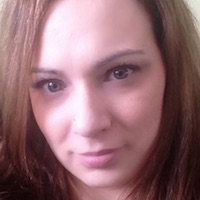