I Didn’t Want to Get Better, I Wanted to Be Healed: Why I Meditate. 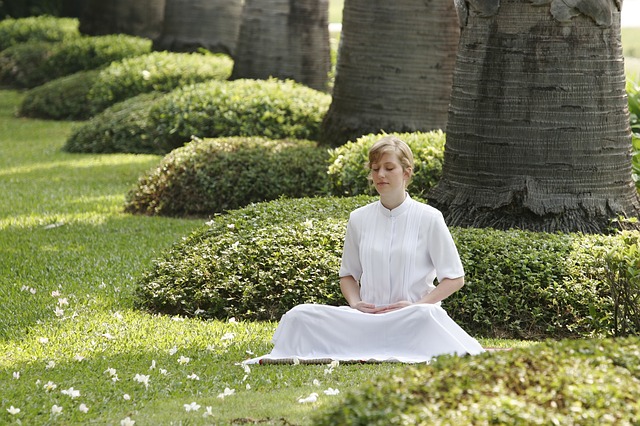 A friend asked me why I started meditating in the first place.

“I have been on retreats,” she said. “But they have been pretty grass roots, not as ‘hair shirt’ as the ones you go on.”

I was married for 30 years when my husband and I divorced.  I had been a virgin when I got married at the age of 19, had never slept in a bedroom alone in my entire life, had lived for 20 years in the house where I had raised my children, had never supported myself, had a huge new job and a tiny new place to live.

It all amounted to an overwhelming amount of self-doubt, confusion, loss of identity, purpose and place, and the awakening of a lifetime of buried grief, anger and depression. Mostly depression.

“Why don’t you try a 10 day meditation retreat?” Sr. Dominica said. This was in 1990. She and I had been friends since the mid-1970s and having recently relocated back to Tucson, we were having lunch for the first time in years.

I trusted Sr. Dominica. She was a contemplative nun, the former mother superior of a monastery in Tucson, and knew her stuff when it came to people needing a spiritual solution to their problems rather than a psychological or medical one.

I barely asked her any questions about the retreat. What was it like? What happened?  What did people do for 10 days? I was too shut down and too far crammed down inside the hole inside myself to ask.

More than anything I needed to turn off my mind. It was literally driving me crazy. I was obsessive, compulsive, angry, anxiety-ridden, self-critical and otherwise a perfect mess.

“Do you think a meditation retreat can really help me?” I asked Sr. Dominica. “I need help.”

So I went. I went to face the voices in my head and, not to face them only, but to face them from a spiritual perspective. Just like St. Michael, I wanted to put my foot on the necks of those devils, hold my sword above their terrified faces and slay them. I’d been offered anti-depressants, even in-patient treatment. I’d had weekly talk therapy, gestalt therapy, bodywork, breathwork, dream work, grief work, you-name-it-work. If it was out there I availed myself of it. But I hadn’t gotten noticeably better. Besides, I didn’t want to only get better. I didn’t want to merely suppress my symptoms. I didn’t want to turn down the volume of the voices in my head—I wanted to turn them off.

I wanted to be healed.

I knew deep in my blood and in my bones, that to accomplish what I wanted to accomplish, I had to do it in a spiritual framework and that would be the only way to gain the true peace of mind I was looking for, hoping for, and so desperately in need of.

Sr. Dominica told me it wouldn’t be easy. She was right. It wasn’t.

In fact, those early 10 day retreats (I attended six to eight of them all told, I can’t remember exactly now) were among the most difficult things I have done in my life. But I did them. And, while it’s been almost 25 years since, I was forever changed. Check that. To borrow a phrase from Christianity, I wasn’t “changed.”  I was re-born.

Labor pains and all.

Today, my paralyzing, brain-freezing, rage-filled, depression is mostly gone. The obsessive thinking has all but disappeared, the critical voices in my head are a mere whisper and most of all, most of all, I have an undying, crackling, bursting relationship with an indwelling counselor, friend, wise one, spirit-being, “God” which I feel in my body. It’s not a “God” I was taught about or that I believe in or that I think about. I can’t think about it because it doesn’t exist in my head. It’s a presence I feel in my gut and in my solar plexus and in my heart. It’s an experience of oneness with something outside of myself and at the same time something greater than myself.

It isn’t so much that it gives me peace as it is peace. It doesn’t give me wisdom, it is wisdom. All I have to do to access it is get myself out of the way. All I have to do is focus on my breath and it finds me—and pulls me back to itself.

It lives, as my meditation teacher said so many times, in my sacred hara. And it is never going to die.

I now understand that relationship was the only thing that could have filled the hole inside me. Everything else would have been counterfeit and the hole would have kept appearing. It is worth all the physical pain of the retreats, all the gut wrenching tears, all the feelings of being stripped of myself as I knew myself to be, all the letting go of stories that I didn’t want to let go of, of resentments I wanted to hold onto and of all the bitterness I had savored.

In the end, I realized that that relationship was what I had been looking for all along and that no one, no priest, or book, or theologian, or roshi, or anybody but my cushion could have awakened it to me. Why?  Because it is un-teachable. It is only knowable. And because it only comes through practice. It remains the source of everything good and creative and beautiful and kind and insightful and juicy in me.

So, hair shirt or not.

I got what I had told Sr. Dominica I wanted.  In fact, I got more than I could have ever wanted because I didn’t even know it was there to ask for in the first place.

Sitting on my cushion hasn’t ever been as easy as taking a pill.  Definitely not.  But it has always been entirely worth it.