Relinquishment: How a trip to India can Redefine our Lives. 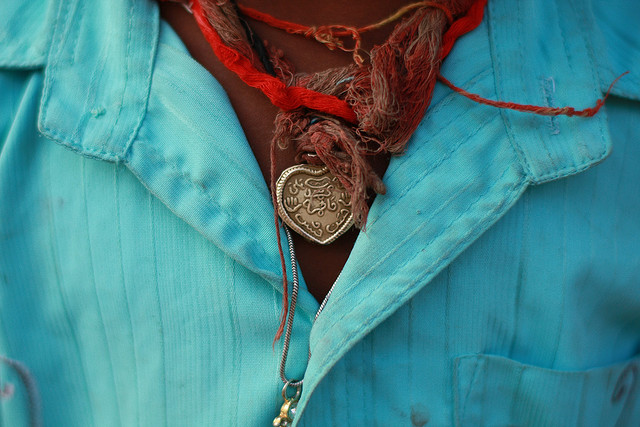 As a regular elephant journal reader and contributor, I’ve noticed a lot of articles on breaking up, leaving a lover, saying goodbye to friends and coming to terms with the fact that it’s over.

What’s going on with all the weeping and gnashing of teeth? After all, it’s nothing new.

Everyone has experienced the great chasm between wanting to hang on and having to let go. It starts early, as soon as we are thrust into this world of flesh. And while we didn’t know it at the time, this weeping doesn’t change—for there’s always a goodbye, and eventually a final goodbye is inevitable.

Knowing how to handle our “goodbyes” seems to be pretty important. In fact, I maintain it’s the most important thing we learn in life, because nobody gets out alive. We will all have to say a final goodbye soon enough.

I asked some friends what they thought was most important for life—gratitude, cooperation or relinquishment?

Not many chose relinquishment, and I wasn’t surprised. We as a people have been denying death for a long time. Death makes most of us uncomfortable, and pondering death is dismissively categorized as negative thinking.

Ernst Becker probed the psychology behind our uneasiness with death in his Pulitzer prize winning book, The Denial of Death. It’s a profoundly learned read, made for those who want to understand the deeper currents in their goodbyes.

Philosophies for dealing with our demise have included: the idea of a heaven where the soul will go to be reunited with others, the belief in reincarnation and another shot at life somewhere else (the notion that we will return as someone different), and even the hope that we might become dust in our demise, set to appear somewhere else in the cosmos.

But all this yearning to know or belief about what might happen doesn’t strike me as a relinquishment, or a letting go. And when thinking it through, is it really important to know where we end up? Generation X likes to say, “It is what it is.” I like that slogan because it keeps the doors open for acceptance.

Gratitude is good, certainly. It’s an important attitude adjuster when it comes to living here and now. But gratitude usually means one is thankful for something or someone, and is often linked to possessiveness.

Cooperation is good too—for without it, the human race would be more deadly than it already is.

Relinquishment has no need of a material or animate object. Letting go of what I want trumps the need to cooperate, and it teaches me that the world goes on without my cooperation, my thankfulness or my opinions about anything. Relinquishment changes me. It’s the pathway to peace—helping me to let go of things that don’t matter and even those things which do matter.

In the final analysis, we don’t own anything. We are all the same—everyone is a renter. We either rent long-term or short-term, but there is no other reality. We do not take life, possessions or our homes with us.

I’ve had an advantage in coming to terms with this. At 21, I toured the entire country of India for five months. During that time, I saw death on the streets and corpses in the rivers.

One night in Bombay, I noticed a mother and some children camped below my hotel window. Early the next morning, I heard a loud noise and got up to see what it was. I looked down from my third floor window just in time to see a front end loader scooping up the bodies.

I often saw death and starvation there, and it saddened me. I learned to let it go. It was a hard and important lesson then and still is. This may not seem like a lesson about letting go, but it was—India taught me to face my denial of death.

Years ago I told my children, that when I die, they should take the insurance money and travel to India. “This will help you let go,” I said. India will teach them how to relinquish grief, because India is filled with grieving people. This works by surrounding, overwhelming and eventually swallowing individual grief, even while it allows for its expression.

When they go to India, they will see the starving. They will suffer the indignities of public toilets and of restaurants with animals crawling around in and on them. They will feel the stifling heat and notice that, at every shop, the blue faced image of Krishna on calendars and posters is watching them. They will be inoculated against the disease of entitlement.

They will learn why I instructed them to go there—and if they are wise, they will also take a yoga class. This is where the true letting go will happen.

I imagine them at a yoga class in India, relinquishing cultural norms. I visualize them overwhelmed by sights, sounds and smells. I see them stripped of grief and clothed in relinquishment, living into a surrender that will change their lives.

I’m confident their experience will trump the stubborn vestiges of American materialism. I’m certain they will observe many acts of cooperation and feel humbled—that they will feel gratitude in the moment.

More than anything though, a trip to India—and participating in a yoga class there—will redefine their lives.

I can see it turning the pages of their saga, scrambling their linear script and replacing it with a fluid story made of bowing and rising—grieving and relinquishment.

They will learn to accept that—it is what it is—and to let it go. To be at peace.

Why We Need Yoga Now More Than Ever. 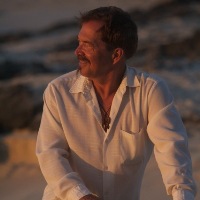