Soul Journey: from Empath to Sociopath & Back Again. 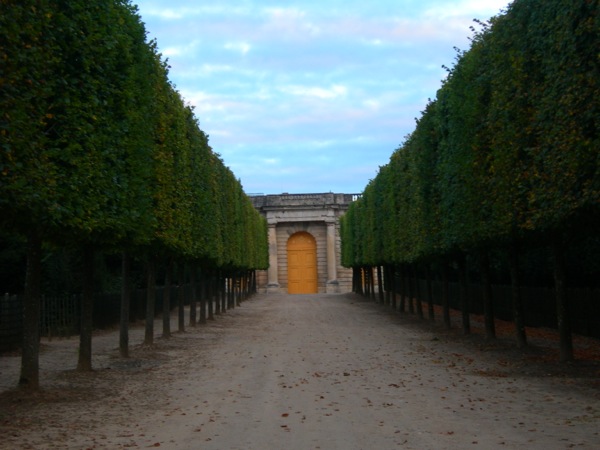 I felt lost and overwhelmed from the start.

I never knew, until 35 later, that I could have asked. Seriously, I could not comprehend why everyone else did not understand that I felt like I was drowning in a sea of overwhelming emotion—since I could read the emotion of a room from outside.

I thought everyone went through life this way. Why couldn’t anyone read me?

Who knew you could acknowledge them and send them on? Who knew that emotions did not have to engulf you? I sure didn’t. Naturally, as I got older and felt more engulfed, I did what any drowning person would do—I outwardly flailed and grasped for the nearest thing that was going to help me keep my head above the churning water of emotions.

That thing (aka life preserver) would invariably change over the years. At any given time it could be anything from adrenaline rushes, rebellion, alcohol and drugs, running away all across the country, men or bad decisions. And walls! Yes, did I build some huge walls between myself and the world!

I was convinced that if I could just keep the world out, I would stop drowning in emotion. Emotions mind you, that were not even mine to drown in! My ego loved that. Together we cemented walls that would shame the Great Wall of China. Even worse was the wall I built between my head and my soul. I cut myself off from my truth, my divinity, my heart. If emotion rose, my intellect and ego stepped in so fast I did not have a chance to feel it.

I was walking the walk of a sociopath.

The illusion of staying afloat held fast for many long years. I told myself how I did not need anything or anyone to live my life. I told myself that I did not care, and I believed both lies. I was convinced I had no feelings. I was truly cut off from my soul. I had no remorse for anything (I thought). I told myself the world and its people were wrong, not me.

I lived this way for years. It was a dark and lonely place, although I did not see the darkness of it until I came out into the light and looked back in hindsight. To me, it was normal while I was living it, and it was my world. I wasn’t aware that it was actually just a teetering pile of egoic bullsh*t lies built upon the fragility of self-reliance.

At the age of 35 I found myself in quite the wreckage. I was on the verge of death, either by my own hand or accidental overdose. I was at the jumping off point. I could not live my life the way I was living. I no longer wanted to live, but was not thoroughly convinced I wanted death either, since I was surely going to hell.

I finally felt my soul, caged deep within my body, screaming for life and freedom. They say pain is the great motivator. The pain of hearing those screams in myself for life was life altering. I swallowed my pride, and I stuck a hand over those walls i had built and asked for help. It was then I finally realized that I knew jack sh*t about the world. (Gasp!) That was tough for my ego to swallow.

I realized that perhaps my mindset was the problem—that I was doing something wrong, instead of the entire world being wrong. Ha! It seems so simple a concept as I write it, but this was a massive “Aha!” moment for me. I said a prayer to the Universe, since my jaded, bitter ass still believed in at least that. I prayed, “There must be a better way, please show it to me, before I die out here”.

I became a whole new person the next day.

I was raw, vulnerable and stripped of ego. I was like a hungry child, starving for wisdom on how to be a human being. I began seeking, and I sure did find! People, and books full of information that I needed, began to enter my life with such alarming coincidence that I had to believe there were greater powers at work. From them,  I learned about being an empath.

I learned that emotions are not facts, and I can send them on. I learned about the mind-spirit split through chakra work and how to heal it. For the first time in my life, I was able to sit in silence. After practicing meditation awhile, I had a quiet mind and was able to observe emotion instead of react and run from it.

I was dumbstruck at the grace I was receiving. How does a bitter a-hole like me—who lived so closed off by anger and hate—receive this beautiful awakening to a new path of life? Willingness and grace, I believe. For this, I remain eternally grateful.

They say if you seek, you shall find. Well, I am still seeking and continuously finding. I am continuously finding an endless depth of love and compassion within myself that I never knew existed. Remember when I said I was convinced I was a sociopath? Now my motto is “spread the love”.

I learned that as long as I am seeking, I do not believe that I have all the answers, which represents humility rather than ego. I found my path home with the help of various schools of yoga, meditation practice, Buddhist teachings by Pema Chödrön and Thich Nhat Hanh, chakra work, writings and teachings by Paramahansa Yogananda, a 12-step program, prayer and above all—the power of love to overcome.

My path home is beautiful, and the journey is now where I live. This moment. The present.

I live in a space of love and joy, and I embrace every beautiful emotion! Even when things are challenging, I look for the lesson.

I never knew life could be so beautiful.