The Dalai Lama is My Neighbor. 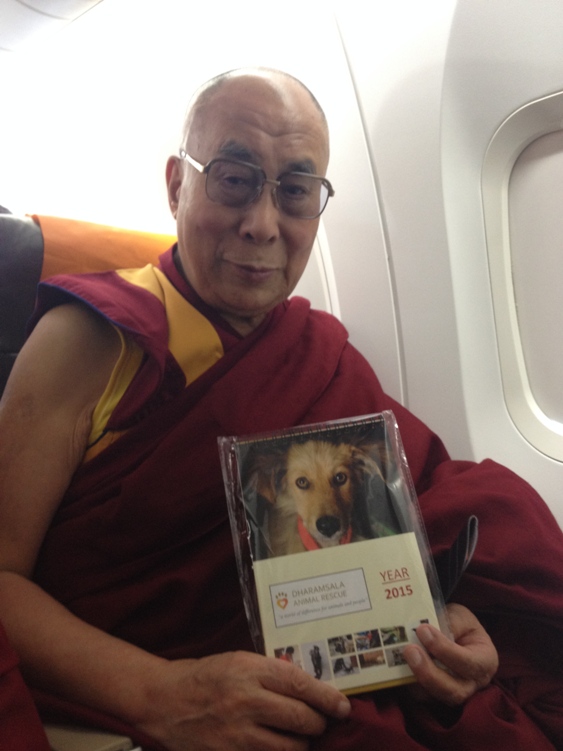 For almost three years now, I have lived and worked in Dharamsala, India as the Executive Director of a charity that works to help animals and the local community of Himachal Pradesh.

Dharamsala is the home of His Holiness the Dalai Lama, his monastery, Tibetan exiles and practicing Buddhists from around the world.

I do not fall into any of the above categories.

To see the Dalai Lama, to most people here in Dharamsala, is like being blessed from head to toe and into one’s next life. I envy these folks who have such faith, that attending a teaching or being blessed by one man can have such a profound impact. I make sure to take friends and volunteers who visit to his temple and, if possible, help them to get a glimpse of him so that they too can have this experience.

For me, I became less spiritual as I started working and living in India. Seeing the harsh reality of the developing world on a day-to-day basis can really test one’s belief that there is some greater power, or that meditation and malas can make the world a better place.

In fact, it has convinced me that the only way to see change is a lot of hard work, education, an open mind and an abundance of patience. Some breathing helps too.

Traditionally, our charity has focused on donations from the U.S. and my job is to raise money and awareness. This past year, we put a new plan in place to focus more on local funding in hopes of creating sustainability for the project if the U.S. and other Western countries lose interest in something so far away from home.

The richest person (or Trust) in Dharamsala is the Dalai Lama, and thus, receiving funding from him became our ideal goal. I felt a bit guilty about this goal since: a) I am not Buddhist and b) it felt a bit like chasing a celebrity. I also know that it is difficult to get an audience with him and this is the necessary first step.

We had been told that once you get the audience the Dalai Lama does like to support local charities. This was positive news. However, because of my guilty feelings of being a non-Buddhist and a potential celebrity stalker I put this part of the plan aside.

Late last November I was sitting on the 30-seater plane that flies from Dharamsala to New Delhi with my manager. As we were waiting for the final folks to board, I felt a sharp pain in my left arm. My manager was squeezing the life out me and pointing and saying, “Look! Look!” As I peered through the window, I saw an adorable elderly man in monk’s robes and seventies-styled glasses walking slowly towards us with his entourage.

Yes, it was His Holiness the Dalai Lama himself, boarding our tiny plane.

Chaos ensued upon his arrival. Everyone was freaking out. It then hit me right away. Buddhist or not, this was my chance. This was my opportunity to stalk the celebrity! However, I was unbelievably nervous and felt like a schoolgirl. After witnessing half of the plane go up and ask for photos (yes, even selfies) and watching him graciously say yes to every single one, my manager convinced me that he would be just as wonderful to me.

With this encouragement and our newly printed 2015 charity calendar in hand to offer as a gift, I headed up to the front row. As soon as I arrived, all of that confidence faded and the 12-year-old me appeared and said, “Hi!” in some loud squeaky voice. “I work for Dharamsala Animal Rescue and I know you like animals, so I wanted to give you this.”

He politely took the calendar and went, “Oooh! This is so good, great work. Thank you.” He took my hand and thanked me again and I literally ran back to my seat. As soon as I got there I realized I forgot to take the picture of him with the calendar or ask if I could meet with him to talk more, or anything slightly professional that would help us reach our goal!

Getting near the end of the flight my manager finally convinced me to give it another go. This time, about a 20-year-old Deb gathered her courage, headed down the aisle and asked, “Remember me? I gave you the calendar?” Luckily he nodded, pulled it out of his front seat pocket and thanked me again. “Um, do you mind if I get a picture of you holding it?”

He nodded quickly and held up the calendar for the photo. I took a photo. Then he held up his finger as if to say, “One second.” The Dalai Lama himself, pulled down the shade of his window, snapped off his clip-on sunglasses and once again assumed the pose for the photo. I took the perfect photo, babbled a bit more and headed back to my seat.

I was in awe. Elated. Feeling blessed. And I was a little confused.

I started to wonder if this chance meeting was just luck or if it occurred because my intentions were based, not on personal interests, but on helping the animals of Dharamsala. I know that we still have a long way to go to achieve our final goal of receiving a grant from the Dalai Lama Trust. But, maybe, just maybe, I can start to feel a little spirituality, a little faith, and a little trust in something bigger creeping back in.

The Dalai Lama has a Message for You. {13 Quotes to Steer your Life by} 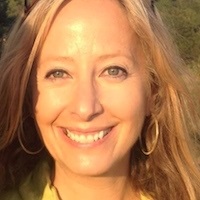 Deb Jarrett, at age 40, decided her life needed some shaking up. In fact, she needed to rattle her brains a bit. She was done climbing the corporate ladder, paying mortgages a… Read full bio