What is Yin & How Can it Make You Stronger? 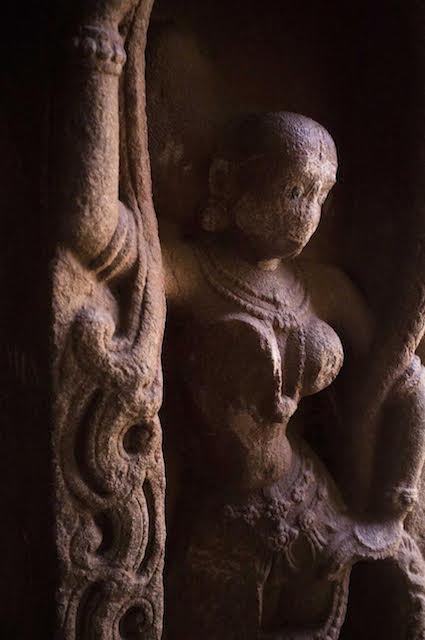 It was full moon and I was standing under a Banyan tree in south east India.

A Banyan tree seems to treat the air as earth; its roots hang down from the branches, some wide and solid, some thin and moving. This was an old tree, meters wide. Just standing near it made me feel heavy, like I was sinking into the earth—like it was holding me.

I climbed up, using the roots to pull me. I found my way to sit on one of the wide branches and took off my shoes, resting my feet on the bark. The full moon was bright and magnetic. Alive and awake.

For the last month I’d been studying Thai Massage with an Indian Shaman adopted by Swiss parents who grew up in Thailand. He’d given us an exercise to balance our left and right sides. It started with breathing into our hands and seeing which was heavier. I always found the right side heavier.

In Indian tradition, the right side is called Pingala and the left, Ida. In China, Yang and Yin. The right represents the male, the sun, strength, fire, day and action, while the left represents the female, the moon, softness, earth, night and rest.

My massage teacher told me that my right side was dominant. I’d begun questioning why. I started realizing I thought of Yang as stronger and therefore better. I couldn’t shake this feeling that Yin was weak and less.

In our world, we are so often taught that strength is taking control of your life. We are constantly being told to change, to improve, to be more active, to set a goal and reach it. But so much of our life is beyond our control. The weather, for a start. And what does the tree do? It takes in the water when it rains and the sun when it shines. It doesn’t ask for anything else; it doesn’t try to get anywhere else. It surrenders and from its stillness it outlives us.

A few days later I took a train across India to the West Coast. I began my yoga teacher training with a week of Ashtanga—a Yang, dynamic and relatively fast series of poses. At the end of those classes I could feel my body, my muscles, my heartbeat. All along my arms I got this rash, as if my body was detoxing. And as a group, we noticed our egos, our desire to compete, to push, to go further. One of our teachers said, “If it’s brought out, then face it. Face your ego on your mat.”

By the end of the week we were burnt out and the pace of the classes slowed down. In the evenings, our teachers introduced us to Yin.

People seemed to love it or hate it. To love the meditative deep hip opening, or to hate the slowness, the boredom, the feeling that they weren’t engaging their muscles to stay safe.

Yin is deeper, it’s more hidden. In the body, this means connective tissue and joints rather than muscles. Holding the poses takes you to this point. It asks you how much can you let go? How much can you surrender? Not to mention we spend so much of our day with our pelvic muscles shortened by sitting (at a desk, on the sofa, in a car) that to lengthen them, to open our hips…it’s like opening a door. Yin is hidden, it’s secret and it’s soft. No surprise then that opening this door can also open up emotions and sometimes tears.

And so I left India feeling like I was completely in touch with my Yin. A balanced human being.

Only, a month later at a retreat center in Sardinia, I found myself talking to a woman from Belgium who had spent her life working as a nurse. She told me I had a lot of fire. I felt a little disappointed after having worked so hard on being earthy and Yin. We ended up talking about anger. A Yang quality. She told me there was nothing bad about anger.

“We need it. We need to understand it and use it properly, but we need it. We need it to love. Because if your love is all softness, you won’t know how to get back up and love again. Or how to break down someone’s walls and defenses to allow the love in.”

Back and forth between Yin and Yang. And it becomes obvious, even if I don’t fully know how to live it, that true strength is not soft or hard, but both. That we need Yang direction, focus, aim and determination but we also need Yin acceptance, endurance and surrender. I believe our bodies contain more information than a thousand books, if we listen, if we watch what they tell us in movement and in stillness. If we watch how this affects our thoughts and feelings.

Why I Practice Ashtanga Yoga. 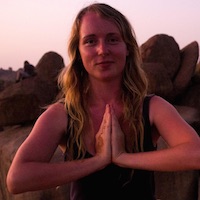