When Hatred Strikes Terror & Chaos in our Lives and Hearts. 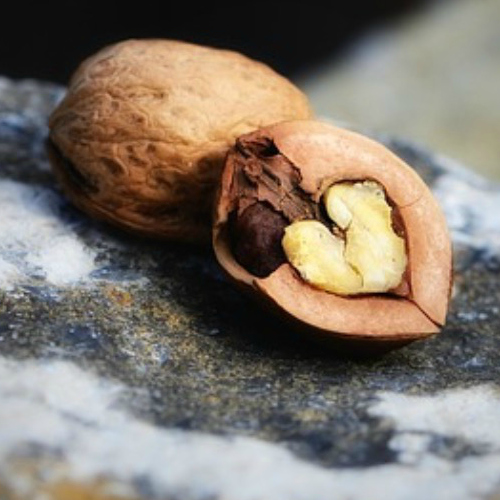 “The cycle of violence needs extreme love to break it.” ~ Sarah Macdonald

On December 7, 1982, 15 outspoken journalists, university lecturers, lawyers, union leaders, community activists and military service men from the capital of my native Suriname, a small country above Brazil, were picked up for questioning.

Among these courageous beacons of hope and truth were my best friend’s uncle, a popular radio host with Robin Williams-like wit and appeal, a relative of an in-law, a gregarious friend of a close family-friend, a schoolmate’s concerned father—common household names that passed most parents’ lips when talking politics. Three days later, every single one of these men had been tortured and killed. I was 13 years old at the time.

The murdered victims were suspected of organizing a counter-coup against sergeant major Desi Bouterse, who jumpstarted his dictatorship a few years prior by bombing the police headquarters in the capital.

Bouterse was fed up with how long it was taking five year old, independent Suriname to fully wean off the financial aid provided by Holland, a colonizer that had over a period of three centuries graduated from ruthless slave driver, torturer and mass murderer to post-colonial, meddling, guilt-ridden parent.

If growing up to reject Holland’s patronizing, token gifts of restitution could be sped up by tough love, 7 p.m. curfews, threats, kidnappings, arson, “accidental” deaths and increasing violence and terror, so be it. Bouterse was confident that he had the most balls and brains, even if they were still stuck in puberty, to do this and fight for our freedom and independence.

During these years of terror that were dolled up as our collective struggle for emancipation, I watched young soldiers who looked like they were playing with toy rifles patrol up and down our street in their rickety jeeps, heard about the bullets that were shot through the windows of my father’s and his neighboring offices, and felt my mother’s heart sink when she, the principal of a junior high school, was forced by a soldier armed with an automatic rifle to end all instruction for the day and send her students to the Onafhankelijksheid Plein, (Independence Square), to rally on behalf of Bouterse’s cause.

Ironically, because of Bouterse’s violent and twisted decolonization regimen and the abrupt stop of Dutch developmental aid, thousands of families fled to Holland in a mass exodus of nearly 250,000 people (about half of the population). The December massacre was the last blow for many, including my family. With just our clothes, my mother’s favorite China, my dad’s favorite architecture books, and a few prized possessions collected during their travels, we started our lives all over again in Miami, Florida.

Even though my family waded through huge material and non-material loss, lived under spoken and implied threats of terror, and struggled economically for years, we were able to flee from Bouterse’s tyrannical manipulation when at its peak. Most importantly, we and many Surinamese people were spared from what I consider to be the most incapacitating and degrading damage that could be done to the human spirit.

We were not subjected to the bigotry, hatred and violence that many of our ancestors endured generations ago as slaves in Suriname, one of the most notorious slave colonies in the world. We were not consistently and specifically targeted because of our race and the color of our skin (or ethnic background, sexual orientation, gender, religion or any other group trait that has been globally terrorized for centuries).

I can’t even begin to fathom the magnitude of accumulated devastation, heart-break, and broken-spiritedness that must be raging within the hearts and souls of African-American people living in South Carolina, in the deep south, and all over the U.S. and world as a result of Dylann Roof’s heinous massacre of nine Black beacons of light and hope, cold-bloodedly murdered in their most sacred place of worship with the full intention to desecrate their hard-won dignity, castrate their powerful, positive influence and wipe out an entire race if he could.

It’s beyond comprehension that African-Americans in communities like Charleston have needed to put up with Confederate flags, street names of Confederate generals, and not-so-subtle bumper stickers, callously reminding them on a daily basis of the good old days of slavery. Only now, 150 years after the abolition of slavery, did Nikki Haley, the governor of South Carolina, agree that it was a good idea to take down the Confederate flag that flies high over their state’s capitol. And still, this “won’t be easy”?

In today’s world, it’s nearly impossible not to have been exposed to hatred, abuse and bigotry. Each of our experiences are different, but not so different that we can’t join forces, even if it’s just solidarity in spirit and consciousness, for starters.

I have discovered over the years in my holistic practice that hatred operates in very predictable and unsophisticated ways if we break it down to the basics. Many Surinamese people defiantly mumbled under their breath, “divide and conquer,” which was code for “beware, this is another one of Bouterse’s divisive moves,” when he tried to shatter our hearts, our families and our communities apart. Consciousness created a protective tapestry of communal wholeness and goodwill that held our wedged-apart integrity, families and communities together, even during the worst attacks.

It is this glue, our soul-filled, inner wisdom, that has become the backbone of my holistic practice that currently serves abuse, war and trauma survivors from our nation’s struggling inner cities, marginalized communities and reservations, as well as from well-to-do, but soul-impoverished families, suburbs and institutions.

The happiness and wholeness that they and my first and second-generation immigrant clients from Mexico, various Asian countries, Eastern Europe and the Middle East are capable of, in spite of being fractured by severe political, mafia and other kinds of atrocities, have convinced me that there are no “divide and conquer” hate and terror tactics more powerful than the healing power of love.

Full Moon in Capricorn: get ready for Fireworks! 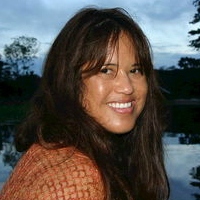